“8 ½ is a film by a filmmaker making a film about a filmmaker trying to make a film about himself as a man and as a filmmaker” (Ted Perry) This cinematic landmark profiles Guido, a successful director attempting to evade a nervous breakdown at a posh spa, as he is besieged by flashbacks, collaborators, daydreams, nightmares and women, women, women. “All art is autobiographical; the pearl is the oyster’s autobiography” (Fellini quoted in Murray).

Fellini was a storyteller. Many people wrote books about him…there must be about 40 or so in the Duke Library, not counting the histories of Italian film. He reveled in the interviews that journalists around the world flocked to conduct with him. Some of his autobiographical tales were fairly consistent from telling to telling, but many were not. Each vignette presented as a memory…or a memory denied…is suspect. This sketch of his life is beholden to the most oft-repeated stories, but the veracity is always questionable.

Fellini was born in Rimini, Italy, a resort town on the Adriatic Sea. He was not particularly close to his family, and his father often traveled for business. Rimini was besieged by tourists in the season, and filled with entertainments. His mother said, there was “no hope of getting Federico to school when the circus was in town.” (Murray). His childhood memories were strong, one of the most memorable scenes in 8 ½ involves a seaside prostitute, Saraghina, who was a real person in Rimini who sold herself for the sardines left in the fishermen’s nets. He may or may not have run away to join the circus—this is one of the most suspect of tales—but did make money off his talents as a caricaturist. At first, he aspired to be a journalist, “I had seen so many American films in which newspapermen were glamorous figures…that I decided to become one, too. I liked the coats they wore and the way they wore their hats on the backs of their heads.” He managed to evade military service for one reason or another and after Liberation made money cartooning the resident GIs.

He approached the fringes of the cinema world working as a gag and rewrite man, did short illustrated pieces for a comic paper, and wrote radio sketches, including for a show about a young married couple, Cico and Pallina. He fell in love with the voice of his Pallina, Giulietta Massina, who would soon become wife, muse and star. In 1945 Roberto Rossellini requested that Fellini ask one of his friends to act in a short film he was making about the Occupation, which evolved into Rossellini’s neo-realist masterpiece, Open City. Fellini ended up contributing to the script, “Rossellini was the man whose example and personality first inspired me to realize that the cinema was the means of expression best suited to my nature. It was in this sense that he gave me something fundamental. It was meeting him that guided me onto one path rather than another.” (Alpert). He worked on the script and was the director’s assistant on Rossellini’s next film, Paisan, and fulfilled both these roles and played St. Joseph in Rossellini’s The Miracle, a scandalous film about a simple woman who believes that her baby is the result of an Immaculate Conception. Fellini made his first film as a director, Variety Lights, in 1950.

La Strada, a heart-rending circus story starring his wife, as well as American actors Anthony Quinn and Richard Basehart, won the Foreign Film Oscar in 1954, and Fellini won a second one for Nights of Cabiria in 1957. He topped himself with the international scandal of La Dolce Vita, in which his alter ego, played by Mastroianni for the first time, takes a hallucinatory spin around a shockingly decadent Rome. Roundly denounced by government and church, it made an enormous amount of money, and its success contributed to the creative block the director would explore so memorable in 8 ½. In the Post-War era, Fellini and his cinematic colleagues, Rosselini, De Sica, Antonioni and Visconti did not make the most popular films in Italy, but their work consistently won prizes at international festivals and contributed to a golden age of Italian movie making. 8 ½ not only won the Best Foreign Film Oscar, but one for black and white costuming, as well. 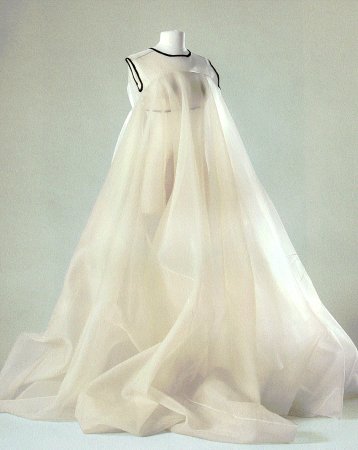 Fellini was a great admirer of Kurosawa and Bergman, whose films you will see later this month at the NCMA. One of his assistants on this film was the young Lina Wertmuller, who revered his artistry. Fellini would aid her in the beginning of her notable film career, returning the favor that older directors had done for him.

La Dolce Vita didn’t make him rich, but it did allow him the artistic freedom of his own production company. But, after each film was completed, a wave of doubts would threaten to overcome him. Never was this more acute than following the notoriety of La Dolce Vita. At first, 8 ½ was not about a director contemplating his own life, but a doctor, a lawyer or perhaps a screenwriter. When Fellini caved in to the overt self-analysis of making his protagonist a film director, then “everything fell into place. I realize that 8 ½ is such a shameless and brazen confession that it is futile to try and make a film that pleases me, first of all, and then the public. In 8 ½ the boundry line between what I did for myself and what I created for the public is very subtle.” (Fellini quoted in Murray). And, “This film will be the ultimate in autobiography, it will be a kind of purifying flame.” (Costello). He wanted to viewer to share the disorientation of the creative process, and he was fearless in incorporating the criticism flung at his own work into that of his alter-ego. Guido says that he wants to make a movie with “everything in it” and so Fellini makes the attempt, instead.

The film began shooting with a script only two weeks old. There were never more than two copies on the set, and the actors never saw them, they memorized their lines off a piece of paper, sometimes only 30 minutes before the camera rolled. The working title for the film, reflecting Fellini’s own ambivalence about the project was the sarcastic “La Bella Confusione.” In fact, Fellini encouraged confusion about the project. The next proposed title was 8 ½ as the director had completed 7 ½ films before this one, including a short film for an anthology (the 1/2). No more felicitious title presented itself. For the first time his name was billed above the title and the director became the star. The praise for this film equaled that for La Dolce Vita. “A Brilliant, irritating, immovable object of a movie that has become one of the basic building blocks of the language of modern cinema.” (Elliot Wilheim).

Fellini’s alter-ego is having his mid-life crisis at 43. The director dressed Mastrioanni in his characteristic black hat and suit, changed his hairline and dyed his hair white. He wanted him to look haggard, and begged him to give up his favorite pasta dishes for the duration of the filming. But he did not want the film to be a serious one, and posted a piece of paper on the camera which read, “Remember, this is a comic film.” (Baxter). I’ve seen 8 ½ several times over the years, and one way that my opinion evolves is that the older I get, the funnier it becomes.

Fellini cast his films by putting an ad in the paper and from the resulting crowd populated the screen with the faces that engaged his imagination. “Film is only images. You can put whatever sound you want later and change and improve it.” (Murray). Rarely do actors appear on the screen with their own voices, since few Italian films are shot with sync sound. 8 ½ is dense with personal references. The spa guests are disguised versions of people from his real life. The servants and employees of the spa are all real-life Italian aristocrats. Saraghina is played by Edra Gale, an American opera student, who responded for a casting call to play Guido’s mistress. Cast instead as the grubby seaside whore she said, “I prayed my family in America wouldn’t see me, but they did. My mother didn’t speak to me for 2 years.” (Baxter).

As for all the women in Fellini’s life? In reality he was surrounded by even more women than Guido in the film. When a friend was asked about Fellini’s relationships with women, he replied, “See the harem scene in 8 ½. It’s like that.” (Alpert). “Like most autobiographical works Federico Fellini’s scintillating new film reveals something more than its author intended…In terms of execution I cannot remember a more brilliant film. In image, visual ingenuity, subtlety of pace, sardonic humor, it is stunning. We see a wizard at the height of his wizardry.” (Stanley Kaufmann, New Republic). 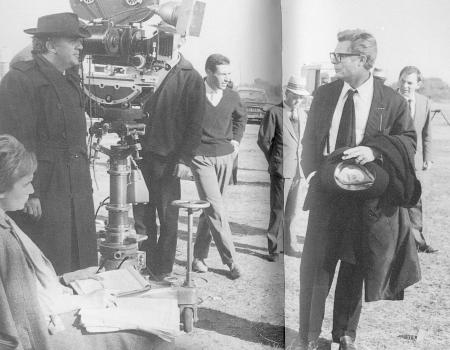