“Grimly realistic, often brutal” The Big House “was the granddaddy of all prison films, exposing the mean conditions, the paranoia, the vicious system that deepened criminal resolves among inmates.” Nice-guy Kent Marlowe (Robert Montgomery) gets 10 years for manslaughter on a DWI (no doubt he was out joyriding with the Joan Crawford of Our Blushing Brides). Bewildered and panicky; the prison bureaucracy initiates him by ritually stripping him of his individuality and dumping him in a miniscule cell with terrifying, shaven-headed Wallace Beery and cunning Chester Morris.

Prison riots and prison reform were hot topics in 1929, and screenwriter Francs Marion and director George Hill (old friends who married during production of The Big House) collaborated on a story treatment about the results of novice criminals being incarcerated with hardened offenders. MGM arranged for Marion to tour San Quentin before writing her screenplay. Prison officials and inmates alike baited and tested her, but she put her time to good use, observing atmosphere, personalities and prison jargon. When the patronizing Warden came for a preview, he noted his movie alter-ego Lewis Stone’s dialogue. “Young lady, you have a darned good memory. Some of those lines sound very familiar to me.” “They should,” Marion said, “I keep a diary.”

Marion and Hill saw The Big House as perfect for Lon Chaney. He was working on his first talkie, The Unholy Three, but throat cancer would soon kill him. Freshly signed by MGM after his long-term contract with Paramount had been cancelled, Wallace Beery had been out of work for a year after a 171-film career. Marion saw him eating spaghetti in the commissary and something reminded her of one of the San Quentin inmates. She cast him as the vicious but personable Butch and would go on to write most of the films (Min and Bill, The Secret Six, The Champ, Dinner at Eight) for which he is best remembered. Beery played Butch as if his career depended on it, as perhaps it did.

Robert Montgomery and Chester Morris (as forger John Morgan) were often rather uninspiring leading men. They both supported Norma Shearer in her Oscar winning The Divorcee in 1930 without generating much sexual heat. Morris is mysteriously the object of Jean Harlow’s seductive entrapment in Red Headed Woman, and Montgomery ogles Joan Crawford in her scanties in Our Blushing Brides, but never seems too threatening. Freed from the constraint of being romantic heroes, their work in The Big House is tough and uncompromising. 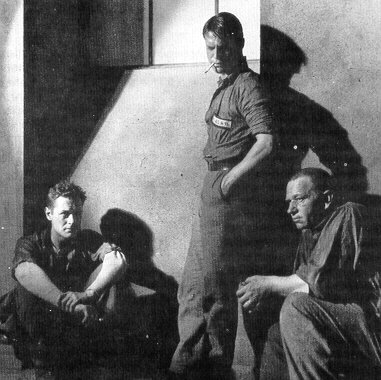 The Big House has a lot more juice than many similar films in this cycle, for example 20,000 Years in Sing Sing (1933). Hampered by a screenplay based on the memoirs of Sing Sing’s reform-minded warden, it’s obtrusively moralistic, and spends an excessive amount of time detailing the successful rehabilitations spearheaded by the kindly overseer. In contrast, Lewis Stone as warden of The Big House is as weakly ineffectual as his alcoholic mastermind behind the crimes of The Secret Six. His version of prison reform includes tommy guns, tear gas and tanks. The plots of the two films are extremely similar, and characters seem like carbon copies. The exceptions in 20,000 Years… are Bette Davis’ jittery moll and the snake in the grass played by Louis Calhern. Spencer Tracy is not very convincing as a racketeer, (even though he was famous on stage as another convict in The Last Mile) and Lyle Talbot certainly can’t hold a candle to Robert Montgomery. The atmosphere of The Big House is brutally amoral. Sing Sing doesn’t seem to contain anyone nearly as terrifying as Wallace Beery.

The first day of filming, Hill threatened, “The first person that acts gets canned!” and it paid off. He began as a cameraman and the prison scenes are staged imaginatively, with claustrophobically gloomy production design and a mobile camera. The crane shots up and down the spiral staircases leading to the tiers of cells are flashiest, but there is also a zoom shot in on a gun certainly ahead of its time. There is a chilling vision of Morris glaring in the half-darkness as he is shut into solitary. Then, a minute-long, static shot of the corridor stretches interminably, until Butch’s bellow for Morgan shatters the silence. You can easily imagine the audience musing, “you can’t do THAT in silent pictures.” 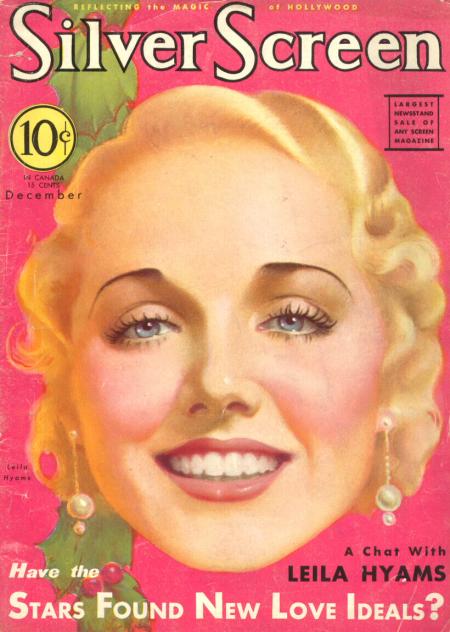 In contrast, after Morris escapes, the scenes in the outside world are plodding, the dialogue stilted and the acting stiff. Leila Hyams was supposed to be Kent Marlowe’s fiancée, but preview audiences reacted badly to Morgan making time with his cellmate’s girl, and she became his sister, instead. Montgomery’s character was originally named Dean Kent. His name was hastily changed to Kent Marlowe, and a few scenes were reshot, but since he was called Kent throughout the film, there were few alterations to be made. Hyams was a starlet who got a lot of press in the early 30s. Imagine what a feisty actress like Ann Dvorak or Karen Morley could have done with her part! A vaudevillian couple’s child, Hyams also modelled and was the original Listerine “halitosis” girl. She’s quite lovely, but blandly unmemorable. Perhaps her greatest claim to fame was playing the normal heroine in Freaks. The romantic subplot abandoned, it’s really quite a relief to get back to prison, where lighting is atmospheric, dialogue is hard-boiled, and the actors tear into their parts as if they are hunks of raw meat. Here is one person who still loves her, though: Leila Hyams on Instagram

Marion won an Oscar for writing The Big House, and Douglas Shearer one for his sound recording. The claustrophobic sets and the innovative use of sound effects virtually created a new genre. “For the first time, movie audiences heard the stomping feet of hundreds of prisoners parading single file down the stairs from their cells, the clanging of one metal cup of the table slowly building to a loud clamor as all the convicts join in, the rat-a-tat of machine guns, and the slamming shut of steel doors.” (Beauchamp)

(Photo of the principals from the August-September 1980 Films in Review career article on Chester Morris by DeWitt Bodeen. Leila Hyams Silver Screen cover and Big House review from September, 1930 The New Movie Magazine from Moviediva’s collection. Other sources include Without Lying Down, Cari Beauchamp’s riveting biography of Frances Marion, Marion’s own autobiography, Off With Their Heads, Thomas Doherty’s magnificent Pre-Code Hollywood, and FIR career articles on Robert Montogomery (Feb, 1981) and Wallace Beery (Ju-Ju and Au-Se, 1973). Lead off quote is from Magill’s Survey of Cinema…I think. It’s in a pile of photocopies I got from Turner Classic Movies when I was researching their Women Film Pioneers project, and it is unmarked, but referenced on a cover page.)