The world’s greatest lover meets his match in this merry romp through 18th century Venice.  Ledger’s purring voice and swashbuckling allure reveal Casanova as an unexpected philosopher:  Be the flame, not the moth.  A feast for the eyes, using Venetian locations never before seen on screen, and designed to complement the burnished reds, glittering golds, and greyish blues of Venetian painting.   “Wholly enjoyable…It’s an absurdly joyous bit of fluff.” (salon.com)

Programming films in conjunction with the Venice show turned out to be quite a challenge.  The city has appeared in many films over the years, both in actuality and as recreated in Hollywood, as in Trouble in Paradise.  But some films are no longer available from US distributors, like Bread and Tulips, Italian for Beginners and Dangerous Beauty.  Summertime, with Katherine Hepburn has exquisitely romantic photography of Venice; the film was directed by David Lean.  But, in spite of Ms. Hepburn’s allure in a prim shirtwaist and scarf, the message that a woman is useless and pathetic without a man, even a philandering married man, is revolting.  I leave someone less squeamish to program that one.  The last two weeks we’ve seen Venice in its gloomy avatar, and, at last, we come into the sunshine with Lasse Hallstrom’s Casanova. 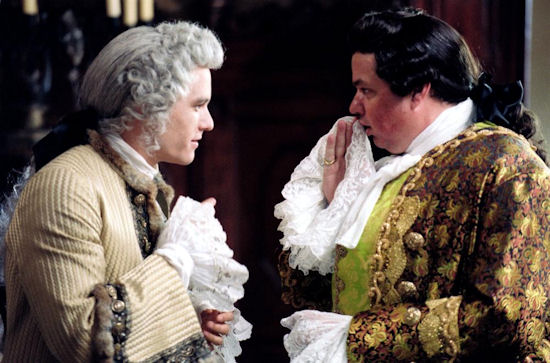 Giacomo Casavova was a real person who lived from 1725-1798.  His autobiography, The Story of My Life, is rich with details of 18th century life and customs.  He was born in Venice, at the time a city known for its hedonism and pleasures, particularly gambling and elegant courtesans.  He was well educated, graduating from the University of Padua at 17, and continued his education, studying church law.  But he was beginning to enjoy more sensual pleasures, “he had become something of a dandy—tall and dark, his long hair powdered, scented, and elaborately curled” (Wikipedia) with lovely manners, a gambling habit and a love of women, he was set on his path, and it had little to do with the Catholic Church.  He travelled, he played the violin, he used his medical knowledge so deftly that he was accused of occult powers. He played practical jokes and enjoyed romantic escapades living a life of reckless adventure.

“He was, by vocation and avocation, a lawyer, clergyman, military officer, violinist, con man, pimp, gourmand, dancer, businessman, diplomat, spy, politician, medic, mathematician, social philosopher, cabalist, playwright, and writer. He wrote over twenty works, including plays and essays, and many letters. His novel Icosameron is an early work of science fiction” (Wikipedia).

At the end of his life he wrote his memoirs, proclaiming, “Despite an excellent moral foundation, the inevitable fruit of the divine principles which were rooted in my heart, I was all my life the victim of my senses; I have delighted in going astray and I have constantly lived in error, with no other consolation than that of knowing I have erred. … My follies are the follies of youth. You will see that I laugh at them, and if you are kind you will laugh at them with me” (Wikipedia). He enjoyed melodramatic affairs from which he seemed to rescue a woman from the brutish affections of another man, and then seducing her, providing “the dazzling attraction of the lump sum over what is more regularly doled out in a lifetime of installments” (Wikipedia) 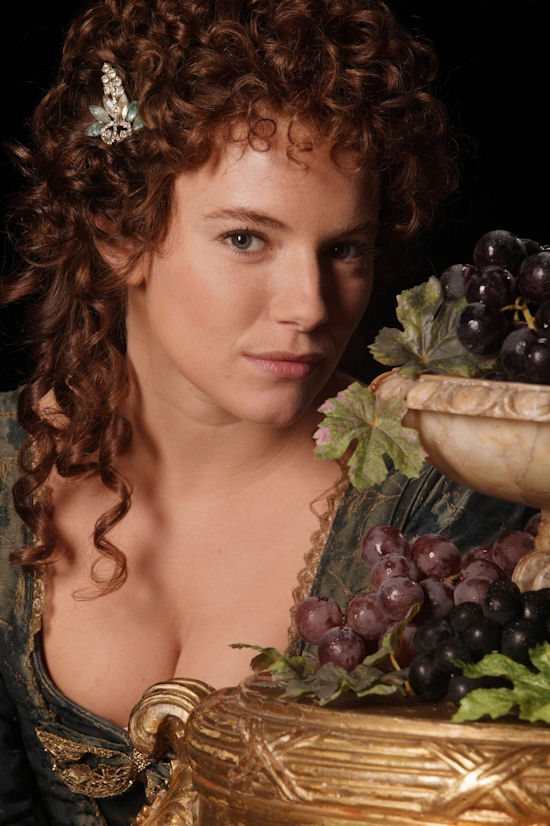 Casanova has repeatedly been a movie subject, dating back to the silent era.  One of my favorite websites, http://www.frockflicks.com/mcm-casanova/  did an overview of Casanova films, and found 34 of them!  Often, they seem to portray Casanova as an old man, looking back on his life (and writing his memoirs) perhaps proving there’s some spark in the old dog, yet. What IS it about this character that has had such cinematic appeal, a man who loves many women without emotional entanglements, who “pleases” women and moves along to the next?  Does the Hollywood mogul imagine himself a Casanova, who uses the casting couch to proclaim his power over beautiful women, hence the 34 versions?  At any rate, he is clearly a character, like Sherlock Holmes, who can be reconfigured to fit the social concerns of any era.

Director Lasse Hallstrom is married to actress Lena Olin, so a role for her in one of his films is always a plus for him.  It’s a costume film, but a personal one, much like Milos Forman’s Amadeus.  Heath Ledger auditioned for the part, and he was an active script collaborator with the director. His dash and splendor are a sad reminder of his tragic loss at 28. This film was made three years before his death. 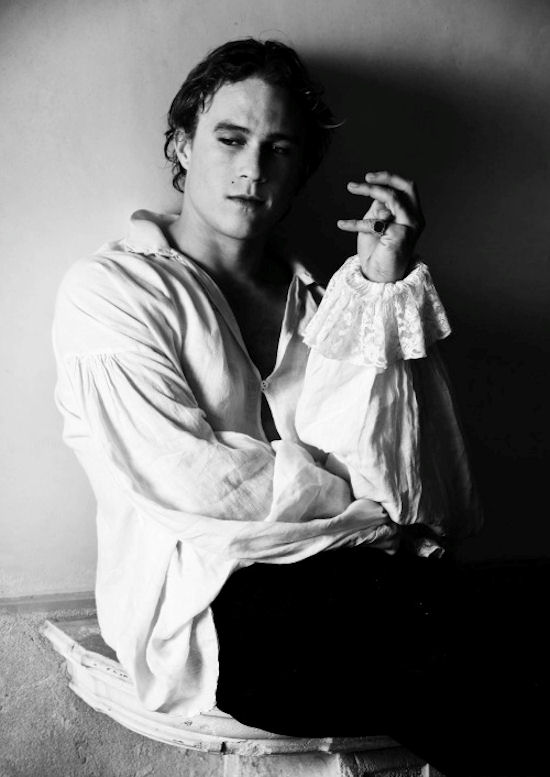 Hallstrom spent four months filming in Venice, looking for unusual locations that had never been seen on film.  Permissions were difficult to obtain, as the bureaucrats in charge of granting permission wanted a completely locked script with no improvisation before they would consent.  It took a threat to dig canals on location in Prague before they finally agreed. They shot inside the Doge’s Palace, gingerly avoiding touching anything inside the historical rooms.  The production designers used Venetian painting as inspiration, reproducing the burnished golds, greyish blues and deep reds in costumes and sets.  18th century masks were used to make molds for the carnival scene.

The NC Museum of Art audience adored this film! They laughed at every little joke and asked me afterwards why they had never heard of or seen this film, even though it is relatively recent. Moviediva, jr. discovered this film for me…perhaps it had its greatest fame amongst Heath Ledger fans. Interestingly, in the three films in my Venice series, this one had LESS sex than either Don’t Look Now or The Wings of a Dove. And this is the only one where anyone seemed to be having fun in bed. 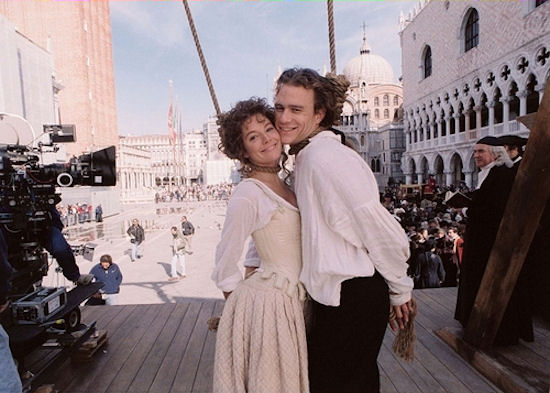 This version of Casanova’s story takes place in Venice in 1753.  It’s very Tom Jones-y, (the movie, not the singer) with a knowing wink to both the rakish historical character, and modern-day mores.  Sex is all very well, for both men and women (thank you 21st century) but true love conquers all. 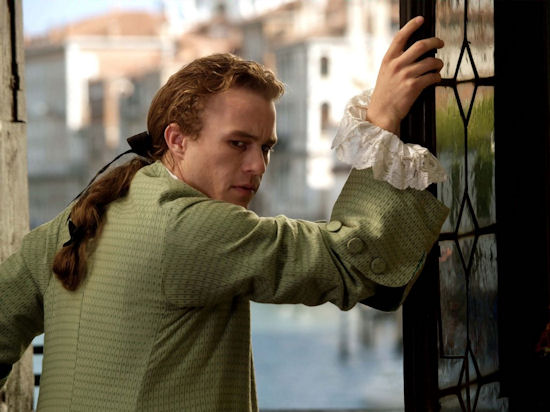