Movie Star Love is a mysterious thing. One of the reasons I enjoy collecting old movie star scrapbooks is that each one is a diary of a particular moment in a person (a teenaged girl’s?) life, and the images that captivated her (or perhaps him).

I recently purchased one that was filled entirely with photographs of Gene Tierney. They are mostly cut out of fan magazines, glamour portraits and candids, many with her new husband, Oleg Cassini. (Cassini would gain his greatest fame as Jackie Kennedy’s favorite fashion designer during her White House years). The pictures were clipped out in 1941-42, before the fame of Tierney’s greatest films, including most notably, Laura. The photographs document her work in Sundown, The Shanghai Gesture, Son of Fury and Thunder Birds. What was it about Gene Tierney that made one person fill up a now crumbling pulp paper album with page after page of her lovely image? 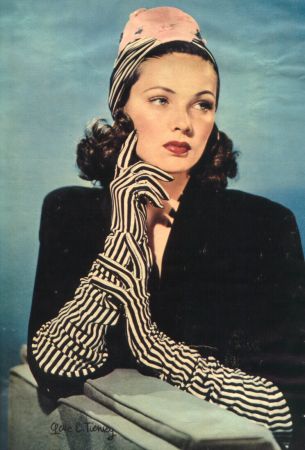 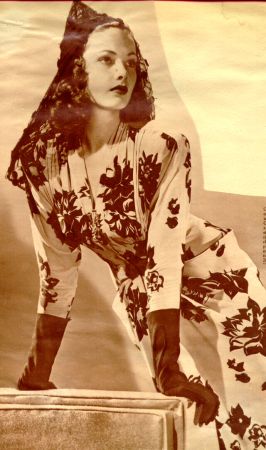 Oleg Cassini is not only the lucky man who wooed and won Gene Tierney, he is a brilliant young designer in his own right. See how these clever clothes emphasize the beauty of his wife, who is now starring in 20th Century Fox’s “Thunder Birds.” 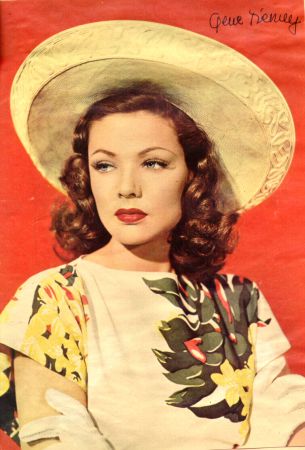 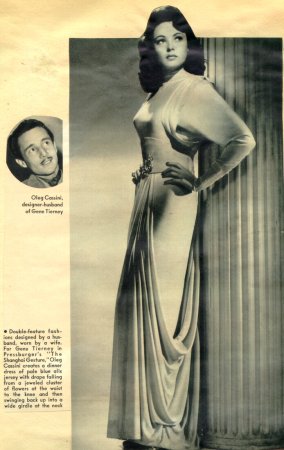 Double-feature fashions designed by a husband, worn by a wife. For Gene Tierney in Pressburger’s “The Shanghai Gesture,” Oleg Cassini creates a dinner dress of pale blue alix jersey with drape falling from a jeweled cluster of flowers at the waist to the knee and then swinging back up into a wide girdle at the neck. (N.B. Alix jersey is silk jersey, named after the favorite fabric of the designer Alix, Mme. Gres.) 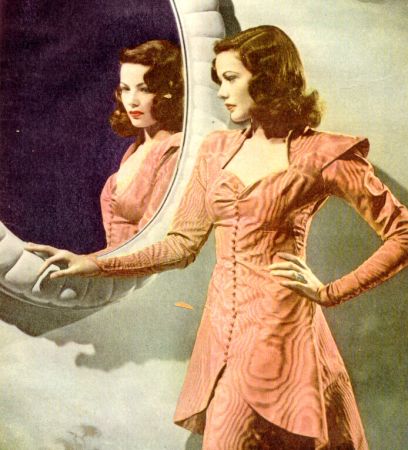 You’ll be seeing lovely Gene Tierney in Technicolor in her new picture with Dana Andrews and Preston Foster, “Thunder Birds”. It’s an air drama, of course.

More on Gene Tierney: Laura and Leave Her to Heaven.

There are a surprising number of Gene Tierney fan sites on the web, and many of them contain biographical information and filmographies. I tried to select photos that I did not find elsewhere on the internet. All photos from the collection of Moviediva.

I also collect paper dolls (although only fashionable ones) and movie star paper dolls when they are not too expensive. This usually means that somebody is selling a set of cut dolls on eBay, and they don’t recognize the actress. Here are selections from a partially cut Gene Tierney set. Those draped 40s dresses are so gorgeous. 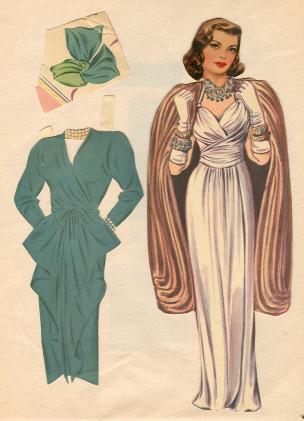 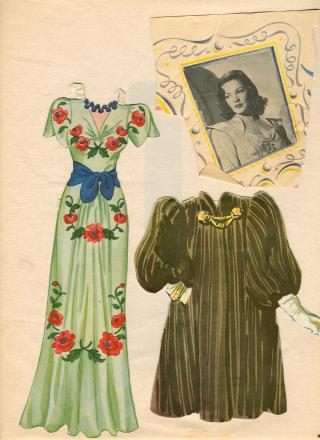 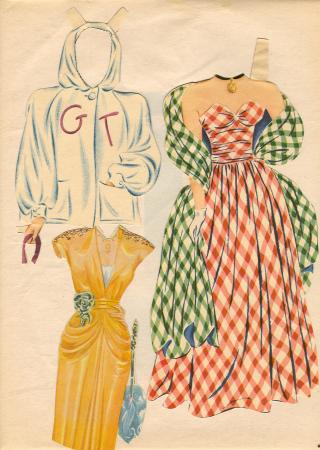 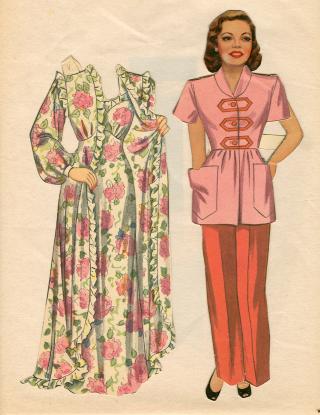