“The Marx Brothers are not human, not mythological–they are completely fantastic and they seem completely madAgain and again, the Marx Brothers act as we act in dreams, or as we would act if we dared, if the whole world were created for our pleasure.” –Gilbert Seldes.

The Marx Brothers represent both pure comedy and total subversion, violating both verbal and physical boundaries with their aggressive patter and physical contact. Horse Feathers parodies college football, Theodore Dreiser’s An American Tragedy and everything in between, determined to create chaos from order.

The Marx Brothers grew up in the rough and tumble world common to immigrant children in turn of the century New York City. Groucho was the middle of five boys, and the only one with an interest in being in show business, perhaps because he never got the attention of either the older sons (Chico and Harpo) or the younger (Gummo and Zeppo). And, just as Charlie Chaplin credited his mother’s talent for pantomime and mimicry for his skill, and W.C. Fields’ mother was adept at the muttered aside, Minnie Marx was a champion of the comic put down, for which her son Groucho would become famous.

They were a big hit on stage in The Cocoanuts and Animal Crackers, nominally written by George S. Kaufman and Morrie Ryskind. But the brothers ad-libbed constantly and every performance was different. There is a famous story of Kaufman halting a conversation in the wings saying, “Wait a minute, I think I just heard one of my lines.” The filmed versions of these plays were shot during the day at the Astoria studios in Queens, while they were still performing on stage at night. They came to Hollywood partly to break this cycle of overwork; the three elder Marxes were all over 40 and had over 20 years in show business apiece.

The Marxes’ first films were at Paramount, the studio most open to the outrageous during the studio era, even if they did not really want Groucho to wear his greasepaint moustache or talk directly to the camera. Their producer, Paramount’s “resident lunacy sage” was Herman J. Mankiewicz, one of the first of the New York writers to migrate to Hollywood, and they felt comfortable with him. “The Marxes were extremely glad to see me,” Mankiewicz wrote to his wife after Horse Feathers was finished. “They insist I’m crazy and that they wouldn’t think of doing a picture without me.” Horse Feathers was their last successful Paramount film and got them a cover story on Time Magazine. As one writer pointed out, in Horse Feathers, they dismantle a college; now college film courses dismantle Horse Feathers. Their next, (and some consider their best) Duck Soup was a failure when it was first released. 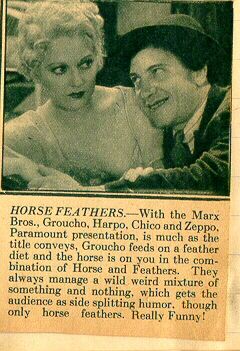 Since this is a celebration of Zeppo’s 100th birthday, it should be mentioned that Zeppo was considered the funniest of the Marx Brothers in real life, even Groucho agreed. Jack Benny, who roomed with Zeppo on a vaudeville tour said, “Zeppo off stage was like Groucho on stage.” When Groucho had an appendectomy while on a vaudeville tour in 1930, Zeppo went on stage in costume as Groucho, and audiences were none the wiser. When Zeppo left the Marx Brothers (as Gummo had years before) Groucho said, “His roles were thankless and much of the time all he was required to do was show up. It’s not that he didn’t have the talent, he simply had three older brothers ahead of him.” Zeppo became a very successful agent, and his brothers were among his clients. It is said that whenever contract negotiations stalled, he always threatened to rejoin the performing Marx Brothers. Gerald Wealds in his book Canned Goods as Caviar points out that Zeppo was superior to the other straight men in later Marx Brothers films, just by virtue of his being a Marx Brother. “Zeppo, even when he stood around simply looking well scrubbed, conveyed a sense of acceptance, of willingness not to be surprised that contributed to the benign and malignant unreality of the Marxian enterprise.” 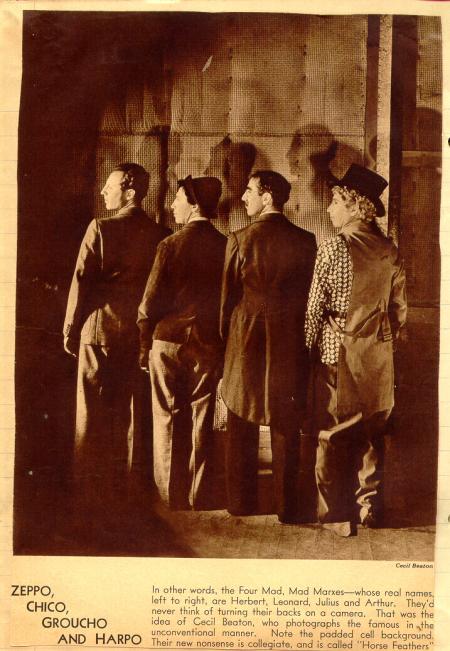 Were the Marx Brothers the only people to make “Marx Brothers” films? There was a lot of creative cross-fertilization between the Paramount lot and the RKO where Wheeler and Woolsey made their comedies. Writers, directors and comic second bananas went back and forth between these films, shared their collective expertise from vaudeville, Broadway and silent films, and an expectation that audiences would laugh at the same absurdities that they thought were funny. Andrew Bergman writes in We’re in the Money, “The most desperate years of our national experience produced our most desperate comedy, one that rang some hilarious and savage changes on a hundred conventions. The freewheeling nihilism of the early Marx and Fields films has not been approached since; the “screwball” comedy of the mid-thirties would stress goodheartedness and social unity. The screen anarchists entertained a bleak and heartsick civilization that expected the worst from everyone. What has been called “zaniness” was really the dark side of American irreverence, a wild response to an unprecedented shattering of confidence.”

Come back next weeks to see Million Dollar Legs and Diplomaniacs and make your own comparisons. 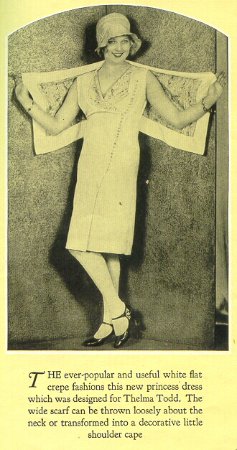