Before there were “chick flicks” there were “women’s pictures.” This was a genre of films, full of smiles and tears, and heaps of self-sacrifice by an attractive leading lady. Made for Each Other is a film produced by David O. Selznick, a meandering look at an impulsive marriage and the struggles of a young couple whose relationship is put to the test by a series of frustrating crises, culminating in a cliff-hanging cross-country flight bringing medicines to their endangered baby.

The affable hero, played with great charm by James Stewart, is not assertive enough to take his rightful place in the law firm where he is taken advantage of by his more shark-like colleagues. At home, his mother is a champion at the passive-aggressive harassment of his bride, the radiant Carole Lombard. Unlike screen couples whose relationships seem established only for the convenience of the screenwriter, Lombard and Stewart’s couple seem to genuinely like each other and their commitment is completely believable. The imposed suspense of the final 20 minutes seems to occur, not to bring reconciliation between the characters, but to provide some level of plot suspense for an otherwise uneventful film.

Stewart’s niceness, and his chronic inability to ruffle feathers, to his own detriment, is reminiscent of George Bailey’s in It’s a Wonderful Life. Since Jo Swerling was the screenwriter for both films, Made for Each Other does seem a tentative exploration of similar subject matter, although the later film would contain considerably more despair, as well as a more cathartic redemption.

Carole Lombard moved to Hollywood as a child with her mother and siblings and slipped into the movies by the age of 12. She dropped out of school at 15, raced around in Mack Sennett comedy shorts in the last years of the 1920s, and was signed to a Paramount contract in 1930. The studio tried to groom her as a mysterious “Orchid Lady” but she didn’t have the heart for the slinky melodramatic parts in which she was cast, although she was happy to pose endlessly for a stunning series of studio glamour photos. Her role as the histrionic Lily Garland opposite John Barrymore in Howard Hawks’ Twentieth Century, often described as the first screwball comedy, a style in which she excelled, was a comedy breakthrough for her, even though the film was not a big hit. My Man Godfrey made her a genuine star, fusing the slapstick actress with the “Orchid Lady” to create a bright, modern heroine. Made for Each Other was a throwback to her earlier career, although considerably less glamorous, even though she was dressed by her favorite designer, Paramount’s Travis Banton. Perhaps she felt she was now being typecast as a comic actress, and wished to restore some balance to her career. She would only make five films after this, her career cut short by her death in a tragic airplane accident. 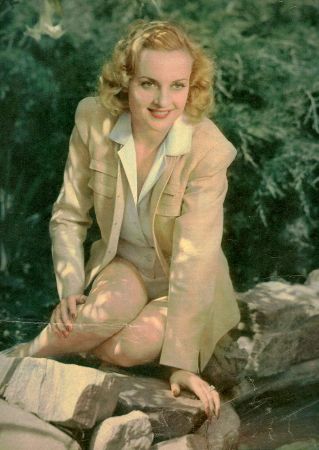 1939 was the year that James Stewart became a bona fide star in Frank Capra’s Mr. Smith Goes to Washington as well as the comic western Destry Rides Again. Stewart had been interested in acting since he was a boy, but had dutifully graduated from Princeton with an architecture degree before ditching his respectable career and joining Princeton classmate Joshua Logan’s University Players along with Henry Fonda and Margaret Sullavan. Stewart had been a dependable second lead at MGM for years, and was now about to show the world that he was more than a male ingénue. However, he would still have a few dues to pay; his next film after Made for Each Other was Ice Follies of 1939. In 1940, he would win an Oscar for The Philadelphia Story, gaining considerable leverage over his own career. 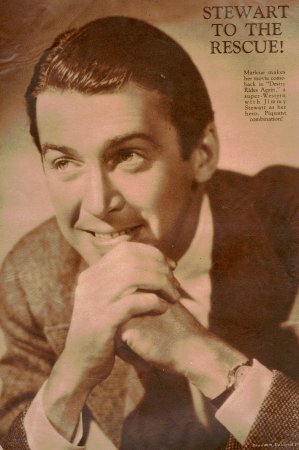 Lombard and Stewart greatly admired each other’s talents. Shortly before her death at the age of 33 in 1942, Lombard compared Stewart to William Powell, Charles Laughton, Fredric March and John Barrymore, saying, he was “more sincere than any of them, and just as talented, his talent is perfection itself” (Dewey).

Louise Beavers plays the maid, Lily, and subverts some common 1930s cinematic stereotypes. In fact, during this period of her career, she was the most important black actress in the movies. Encouraged to be overweight and to affect a Southern patois (which was a put-on, in fact, she was from Pasadena by way of Cincinnati) she dispensed sage counsel to many white Depression era heroines. While she is given a philosophical speech containing the advice, “never let the seeds keep you from enjoying the watermelon” in fact, her understated performance, and Lombard’s comradely treatment of her, is a rather tasteful portrayal of racial relationships for the day.

Producer David O. Selznick, famed for his intrusiveness into every aspect of his independent productions, had been content to leave Made for Each Other to the director, John Cromwell, since he was wrapped up in preproduction for what would be his most famous film, Gone With the Wind. But when audiences responded unenthusiastically to the film at a preview, he ordered the final suspenseful section of the film expanded, because his brother Myron had once been saved by a mercy flight similar to the one portrayed in the film.

Cromwell was a reliable studio era director, who also directed Bette Davis in Of Human Bondage, Lamarr and Boyer in Algiers and the swashbuckling cast of The Prisoner of Zenda. He is the father of James Cromwell, the present day character actor, most famous as the sheep farmer in Babe.

Made for Each Other is a glossy product of the Hollywood studio era, relying on the considerable charm of its two lead players for the film’s interest. Note the exceptionally beautiful cinematography by Leon Shamroy. One hallmark of Hollywood films of the classic era is the beautifully composed shots and the close-ups lit and photographed like artistic still photos. The photography not only creates interest for dialogue scenes that would seem dull photographed straight-forwardly in a bright light, but it is also a way of valorizing the everyday existence of the couple. The huge close-up of the film star’s head filling the screen in the movie palace allowed the audience the leisure to not only gaze upon exceptionally interesting faces, but to share the character’s emotions. The vicarious pleasure in joining the on-screen characters in their joys and sorrows is somewhat discomfiting here. The frustration produced in the audience by the couple’s inability to assert themselves in the face of adversity both at home and in the workplace is stressful, although “persecuted innocence and virtue triumphant” are classic hallmarks of the melodramatic genre. It takes a family crisis to trigger the recognition drama, in which Stewart’s tyrannical boss and witchy mother finally acknowledge the young couple’s sterling qualities and give them the backbone to take their future into their own hands. 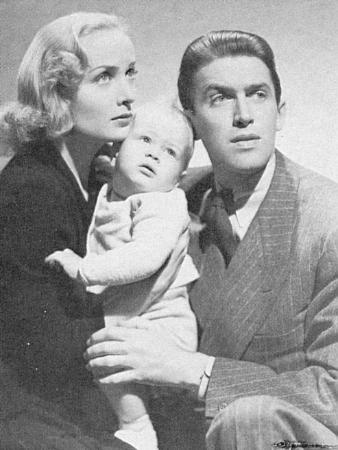