Max is a lone wolf cop obsessed with arresting the guilty by catching them in the act.  Determined to entrap some petty thieves in big time larceny, he whiles away the hours with a melancholy streetwalker.  “A crackling, diamond hard story, perfectly enacted by Piccoli, Schneider and Fresson” (Leonard Maltin).

Just as you, the NCMA audience, are stuck with the films that I think are worth seeing, so Rialto Pictures, from whence this print comes, reflects the taste of Bruce Goldstein, head programmer at Film Forum in New York City and owner of Rialto.  He is very fond of French policiers of the post-war era, and here is one that never played in the USA, until the premiere in 2012.

François Truffaut said of his friend and colleague, “Sautet is the least frivolous man I know…stubbon, shy, sincere, strong.  And, he is French, French, French.”  Yet, like so many directors, he learned his craft studying American directors, particularly Raoul Walsh and Howard Hawks.  Truffaut said, “The first time we lunched together, Sautet expressed his admiration for Raoul Walsh’s maxim: “Cinema is action, action, action…but it must all be in the same direction” (Truffaut 341). 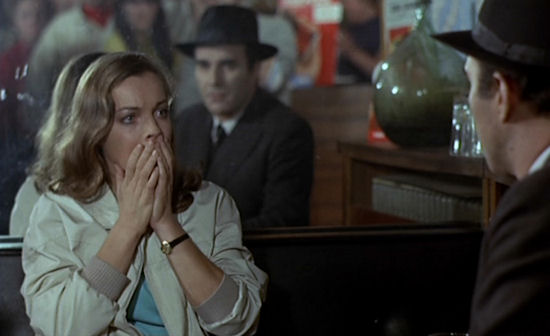 Michel Piccoli was born in Paris to musicians, his mother played piano and his father, violin.  He was born in 1925, and is apparently still alive!  He worked extensively in theater before making his film debut in 1945, his breakout role was in Jean Luc Godard’s Contempt with Brigitte Bardot.  He’s acted in films by many major directors, including Renoir, Bunuel, Renais, Demy, Malles, Costa-Gavras, Hitchcock, etc. He called Romy Schneider his favorite co-star.

Romy Schneider was an Austrian actress, who made her first film at 15, gaining fame in a trio of films about Empress Elizabeth of Austria, nicknamed Sissi.  She moved to France after falling in love with Alain Delon, and worked in films directed by Orson Welles, Luchino Visconti. She made a few English language movies, including What’s New Pussycat with Peter O’Toole, Peter Sellers and Woody Allen. Many European actresses in the “art film” era of the 60s briefly came to Hollywood, hoping to replicated the international success of stars like Sophia Loren. Schneider’s first collaboration with Claude Sautet, Les Choses de la Vie (The Things of Life) made her an idol in France. She remains fondly remembered in her adopted country, an award for promising actresses in the French film industry is named Prix Romy Schneider. 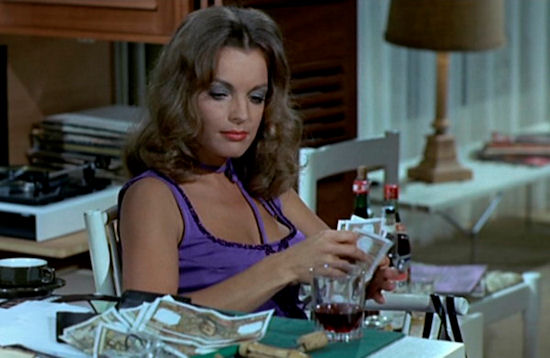 As A. O. Scott pointed out in the New York Times, “In the late ’60s and early ’70s, on television and at the movies, the streets were full of complicated cops: big-city detectives whose confusion, frustration and unorthodox methods reflected a general crisis of authority in the societies they served.” Today, superhero movies rule the box office with their clear delineation between good and evil.  Here, we revisit the day of the anti-hero. Max is obsessed with catching criminals, even if he has to entrap them in a crime they are reluctant to commit on their own.  He was once a judge, and his family inheritance from a wine business means he has financial resources which allow him to follow his hunches.  A loner, with a personal life devoted entirely to his job, his initially commercial interaction with the prostitute who is an integral part of his scheme touches his own loneliness in unexpected ways.

The film was shot in unglamorous color around Paris by René Mathelin.  Claude Sautet’s work was often overshadowed by other 1960s French auteurs.  He was the contemporary of the New Wave directors like Truffaut and Godard, but not part of their brotherhood, and unlike them, he worked as a script doctor for popular films.  His work is also overshadowed by Jean Pierre Melville, the director of Le Cercle Rouge, Le Samourai and Bob le Flambeur.  But, as Jaime N. Christley said in slantmagazine.com, Melville is “not the only auteur of raincoat and fedora crime pictures.” Sautet worked in several genres for over five decade making five films each with Michel Piccoli and Romy Schneider, and the programmer at the Lincoln Center series which premiered this film, considered this his masterpiece.

“Sautet was an original, a tough and subtle dramatist with a gift for teasing moral complications out of straightforward genre scenarios” (NY Times).

“The policier structure of Max et les Ferrailleurs (71), one of his greatest achievements, is worthy of Fritz Lang. Sautet (with the help of the novelist and co-screenwriter Claude Néron) manages to combine a clinical look at a police conspiracy with a real compassion for the perpetrators and the victims of said conspiracy, especially the character played beautifully by Romy Schneider” (Bertrand Tavernier in Film Comment (July 30, 2012). 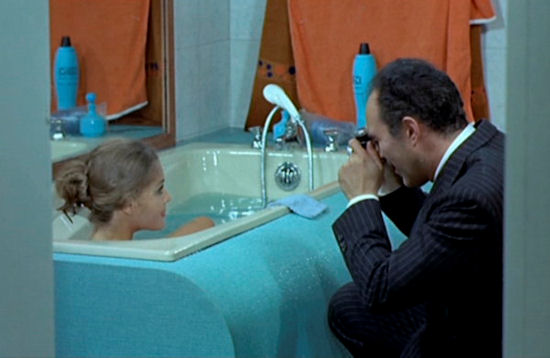