Charles Chaplin bids farewell to both his Little Tramp character and the silent era in this hilarious film with serious undertones, as two non-conformists, a factory worker and a gamine, search for happiness in an increasingly soulless society. Charlie Chaplin was once the most famous person in the world, the first international media celebrity. His comedies are funny and wildly inventive, but at the same time do not flinch from social commentary portraying the down and out world that he had known too well.

Chaplin was born in London, England, April 16, 1889. His childhood was an unhappy one. His mother, Hannah, an unsuccessful music hall performer, was plagued by increasingly debilitating mental illness and while institutionalized often abandoned her children to the schools and workhouses serving the poor. Charlie and his older brother Sydney’s nomadic life, spotty schooling and the pressure of dealing with an unstable parent were to cause lasting psychological scars. Chaplin’s mother was an inspired mimic and fostered in her son the ability to observe and imitate, a skill that would serve him well. At a young age, little Charlie began performing on street corners, and later toured Britain in stock companies and eventually as one of the star knockabout comedians in Fred Karno’s music hall troupe. Karno brought his company to the U.S. for a tour in 1913 and Chaplin was singled out and hired to be a supporting comedian at the premiere slapstick movie studio, Keystone. Chaplin may have been hired because of his rough-house comedy skills, but he soon realized that cinema offered him a chance for greater character subtlety.

Tramp characters had provided a criminal stereotype in fiction and melodrama since the late 19th century, when several economic depressions created widespread unemployment and many men hit the road in search of work. Tramps were reviled in polite society for their perceived laziness, lawlessness and drunkeness. But Chaplin was attracted to the vagabond’s freedom and saw his character of the Little Tramp as “many-sided—a tramp, a gentleman, a poet, a dreamer, a lonely fellow always hopeful of romance and adventure. He would have you believe he is a scientist, a musician, a duke, a polo player. However, he’s not above picking up a cigarette butt or robbing a baby of his candy.”

Chaplin embarked on a world tour after the premiere of City Lights (1931) and hobnobbed with intellectuals and celebrities, as well as his adoring public. But, he became concerned about the worldwide economic collapse and the rising tides of nationalism in Europe soon to erupt in WWII. Modern Times was a response to his concerns, and also a way of bidding farewell to the Little Tramp, whose origins predated WWI. He thought his character might speak at last in this film, since talkies had come in almost a decade before. Chaplin tested some dialogue scenes, but in the end, the Little Tramp’s voice is heard only as he sings a cabaret song in Italianate gibberish.

Paulette Goddard, his real life partner, played his heroine. Chaplin wrote of their characters, they are “the only two live spirits in a world of automatons. They really live. Both have an eternal spirit of youth and are absolutely unmoral.” In this way, fiction echoed fact, as Chaplin and Goddard refused to clarify their marital status for the benefit of outsiders, and his young sons considered Paulette to be more a playmate than a stepmother.

Chaplin’s films were largely unscripted and he improvised while the camera rolled. He acted out all the characters in rehearsal, and expected his cast to copy him exactly. If he had a creative block, he shut the studio down and waited until he had an inspiration. Sometimes the process was agonizing, but filming progressed relatively smoothly on this film, perhaps, because, as one critic pointed out, the film is really 4 2-reel comedies, which could be titled, The Shop, The Jailbird, The Watchman and The Singing Waiter. Kevin Brownlow, in Hollywood: The Pioneers, notes that Chaplin is currently out of fashion, as comedians like Keaton and Lloyd have temporarily eclipsed him in the public taste. Brownlow sees this as a passing phase. “Fashion will change again and so long as Chaplin’s films survive, so will his genius. He was, and he will always remain, the greatest comedian in the history of motion pictures.” 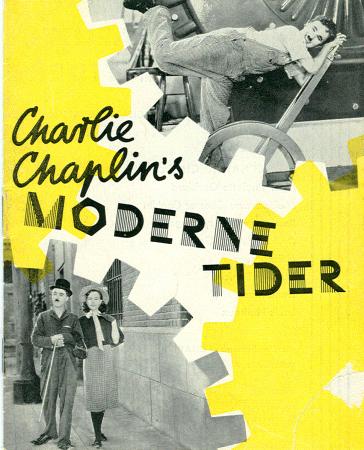 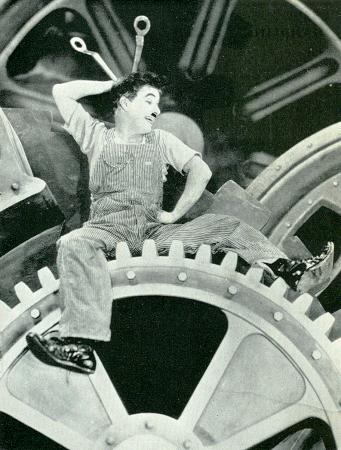 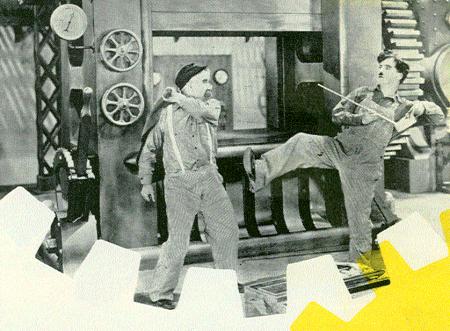 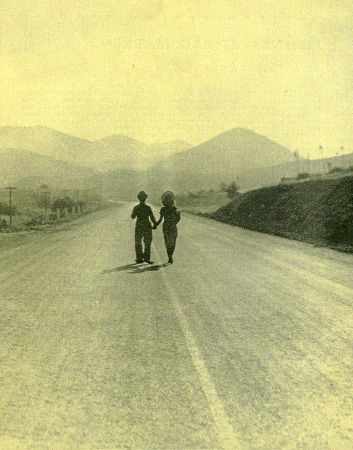 (Photos from a Swedish (?) publicity booklet. Sources include, Charlie Chaplin and his Times by Kenneth Schuyler Lynn, Chaplin: His Life and Art by David Robinson, Charlie Chaplin: The Art of Comedy by David Robinson, The Films in My Life by Francois Truffaut, The Silent Clowns by Walter Kerr, Comedy is a Man in Trouble by Alan Dale, Classic Movie Comedians by Neil Sinyard)