Shimmering in golden Tuscan light, feuding singletons Benedick and Beatrice feint and parry wisecracks about the futility of romance while succumbing themselves. Branagh and Thompson bring their real-life love to energize the Bard’s merry screwball rom-com.   “Branagh, it’s obvious, is trying to make Shakespeare as glamorous and yummy-sexy as possible…This isn’t a movie — it’s a party” (Entertainment Weekly).

Much Ado About Nothing was written by William Shakespeare in 1598-99.  The witty sparring between romantic partners is a model for every rom com ever made, despite the play’s  419 year old pedigree.  The title is a series of puns.  In Shakespeare’s day, nothing and noting were pronounced the same, so the title could be that the much ado is about the fuss being made about various rumors, like whether or not Hero is faithful, or whether Benedick and Beatrice are in love with each other.  Noting, which meant spying and eavesdropping describes another theme of the play.  Nothing was also Elizabethan slang for a woman’s private parts, because she has nothing between her legs.

The critical and popular success of Kenneth Branagh’s Henry V in 1989 created an era where Shakespeare once again became fertile cinematic territory.  Much as Laurence Olivier’s Henry V had done a generation earlier, an new era of international Shakespeare adaptations began to reach the screen.  His five Shakespeare adaptations have put him numerically ahead of great Shakespeare film  directors Olivier, Orson Welles and Franco Zefferelli. This recent Shakespeare boom has titles as varied as Baz Luhrmann’s Romeo + Juliet and the teen comedy Ten Things I Hate About You, a very loose adaptation of The Taming of the Shrew.

Immersed in popular film culture since boyhood, Branagh wanted his Shakespeare films to be popular entertainment—he was no snob, having been born in working class Belfast, Ireland.  His creative juices flow when poised between rival inspirations, Protestant and Catholic, English and Irish, and Stratford and Hollywood.  “Branaugh’s nerve and intelligence are his most original qualities.  His genius as an artist is as a synthesizer; his imagination works like a magpie, stealing good ideas from others, but linking them in surprising and originals ways” (Jackson 227).

The exuberant opening scene was an intentional homage to The Magnificent Seven.  Branagh had mentally storyboarded the opening sequence while playing Benedick (opposite Samantha Bond) on stage in 1988, in a production directed by Judi Dench. 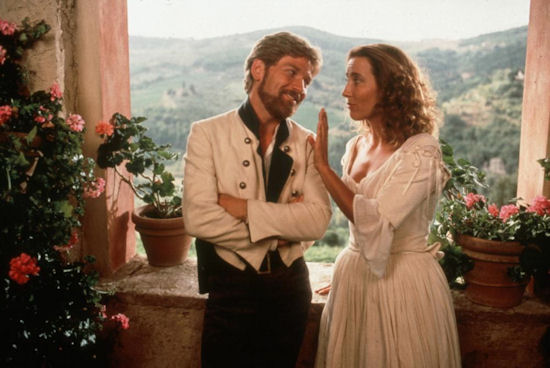 Branaugh seems to have been greatly influenced by the Shakepeare films of Franco Zefferelli, whose Taming of the Shrew we’ll see next week.  He was inspired by Zefferelli’s casting of unknown actors to play the teenaged lovers Romeo and Juliet, so Hero and Claudio are played by newcomers Kate Beckinsale and Robert Sean Leonard; in fact this is Beckinsale’s film debut.

Branaugh and Emma Thompson were a very high profile show biz couple at the time; they married in 1989 and divorced in 1995, after he had an indiscreet affair with Helena Bonham Carter, with whom he was co-starring in Mary Shelley’s Frankenstein. Thompson was a Londoner, educated at Cambridge and a winner of two Oscars, for both writing and directing. Much Ado, along with next week’s offering, is a play often embarked on my real life couples.  I would love to have a chance to see the 1967 version with Maggie Smith and her future husband Robert Stephens, directed by Franco Zefferelli that was filmed by the BBC. Here is a clip! https://www.youtube.com/watch?v=SOF5rKJExws

Although the play is set in Messina, a Sicilian port city, the Branaugh transposed the location to Tuscany. The action unfolds  at the 14th century Villa Vignmaggio, in Chianti.   In 1503 Lisa Gherardini Giaconda lived there; she was the model for Leonardo’s Mona Lisa.  The beautiful summery white cotton and linen costumes by Phyllis Dalton are vaguely 18th or 19th century, and were much remarked upon by reviewers, although more than one thought the film resembled a Ralph Lauren ad. 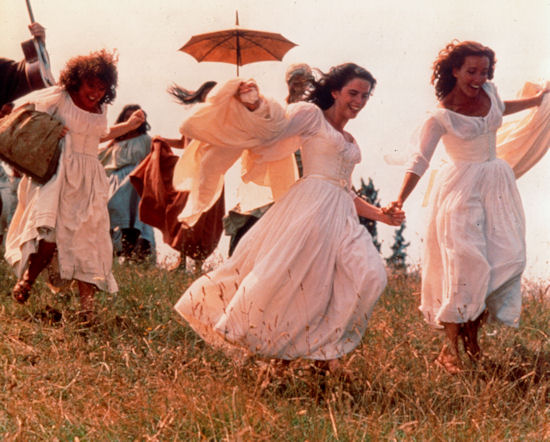 Branagh direction succeeded in making the film genuinely funny;  many critics consider it to be the most successful Shakespeare comedy ever filmed.  His intention was to make it resemble the classic screwball comedies of the 1930s and 40s.  Much of this is due to Thompson, she is “the film’s radiant sentient center.  Intelligence and wit illuminate every moment of her performance” (Crowl 71).

This was the highest grossing British film of 1993, it made $8 million in the UK and $33 million in the US.  The release was able to capitalize on Emma Thompson’s Best Actress Oscar for Howard’s End, which she received only six weeks previously.  Branagh was praised for his combination of actors from both sides of the Atlantic, “American stars free of any actory mannerisms and the baggage of stuttering and bellowing that accompany the least effective Shakespeare performances” (Brode 87).  Amongst the many international awards was a Golden Raspberry nomination of Keanu Reeves as Worst Supposting Actor. He has a rival though, in Michael Keaton, who is allowed to mug rather too much. Branagh’s adaptation also foreground’s a female point of view, giving a little contemporary fizz.

Branagh succeeded in single-handedly reviving the Shakespeare film for a new generation.  If you like this version, you’ll enjoy Joss Whedon’s 2012 one, as well. Richard Corliss in Time Magazine said, Branagh’s film is “so fresh and moved so fast that audiences will forget it’s Shakespeare” (Brode 88). 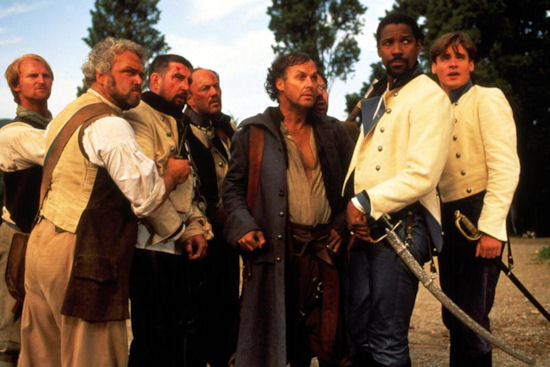