I remember Peyton Place as the dirtiest book I read in high school. A novel that sold tens of thousands of copies, at a time when most first novels only sold two thousand, it was a runaway hit which quickly entered the language as a location of scandal, particularly sexual scandal. The author, Grace Metalious, was a termagant housewife, who married young and quickly became the mother of three. She frequently ignored her husband and children to write, and after her success, to drink prodigiously. She died at age 39, her liver shot after five years of drinking a fifth of liquor a day. Metalious has been rescued by some feminist scholars as an early second wave heroine, one of the first to assert in print that women, as well as men, had sexual desires.

She had a big axe to grind with her home town of Manchester NH, saying in an interview, “To a tourist these towns look as peaceful as a postcard picture, but if you go beneath that picture it’s like turning over a rock with your foot. All kind of strange things crawl out” (Pomerance 182). “While it may not have been the finest example of distinguished writing, its phenomenal popular success is still a minor legend in the book industry. According to a statistic taken at the time, one out of every thirty-seven Americans bought a copy of Peyton Place” (Valentino 214).

The novel is indeed racy for its day. Yes, there is adultery, rape, incest and murder; thankfully in the film, we are spared voyeurism, dismemberment and cat strangling. Although it is hard to gauge through 1950s eyes, there is still an awful lot of punishment meted out for having sex, in the form of unwanted pregnancy, broken romances, bitter regret and death. Constance MacKenzie, played by Lana Turner as a frosty widow, thaws out rather quickly in the book, and it is Mom who is granted a happy marriage, with the lusty Tomas Makris, in the book of Greek heritage, a passionate “other” contrasted favorably with the buttoned down New Englanders. Apparently 16 years of self-flagellation for pre-marital sex was adequate to finally justify her eventual marital satisfaction. Her daughter, Allison, clearly the author’s voice, comes across in the book as rather whiney and selfish, and undeserving of the happy ending that Metalious grants her.

Here is an example of some of it’s proselytizing prose, in which Tom argues with Constance that teenaged sex is okey dokey: “But, since I know that a kid at 15 or 16, and oftentimes younger, is physically ready for sex, I can’t agree that I think Betty and Rodney are ‘abnormal.’ And, since I also know that in addition to a child being physically ready for sex at 15 or 16, his mind has been educated and conditioned to sex and he feels a tremendous, basic drive for sex, I cannot agree with you when you say that you think Betty and Rodney are awful.” (p 217). 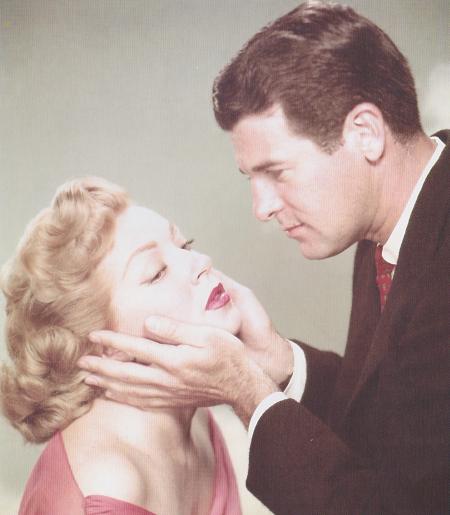 And, indeed this is the first film to openly portray teen sexual desire. Sanitized from the novel, it was considered “wholly unobjectionable entertainment” (Valentino 215)–if you don’t read between the lines. Compared in the New York Daily News favorably with Italian neo-realism, the screen version was lauded as being better than the book. The National Board of Review commended it, saying it’s “an example of how a fine motion picture can be made out of a cheap and dirty book” (Valentino 215).

Bosley Crowther, the stuffy New York Times reviewer wrote, “You might well take the locale to be…that ideal American town in which used to dwell Andy Hardy and his lively teen-aged pals” (Pomerance 181), but instead the white picket fences barely contain the hormonal pulsations that threaten to overwhelm conventional bourgeois values. The location photography in picturesque Camden, Maine, brought to life the cinematic small town of Peyton Place. “The film depicts the charmingly nostalgic Norman Rockwellesque life led by these folk as a candy coating over something bitter, dark and horrible…”(Pomerance 180). 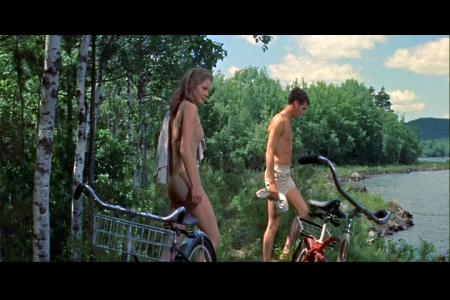 It was a big deal that, for the first time, Lana Turner, a glamorous sex symbol, played a mother. Turner was the epitome of the Tinseltown star making machinery. Born to a teenaged mother, and a gambler father who was murdered when she was still a girl, she had the hardscrabble life of many early film stars. Discovered at 16, the camera loved her innocent sensuality, and MGM groomed her to be one of their top money making actresses—and she did not disappoint them. Known as much for her tempestuous romances as for her acting, she was seemingly unable to differentiate between her real and reel lives. She loved to have fun and she loved men, although her taste in them was pretty rotten (she was married 8 times to 7 different men). She did not marry her greatest love, Tyrone Power.

After 18 years at MGM, when she stopped selling movie tickets, the studio dropped her contract. “For a long time, I waited for my limousine that never came to pick me up. I was an orphan. MGM had prepared me for stardom, but not for life” (Basinger 217). Against the advice of many, she agreed to play the mother of a teenager, which she was in real life, in Peyton Place. She was the first of the WW II pin-up goddesses to play such a mature role, and she was still young, at 36. Many actresses were considered for the coveted role of Constance, especially Susan Hayward. Lana Turner would have preferred a more dynamic leading man than Lee Phillips; and it’s interesting to speculate how the film would have fared had the young Sean Connery actually been signed. He certainly would have lived up to the fictional character’s virile reputation. Unknown Diane Varsi had little interest in a film career after playing Allison MacKenzie, but the film served as a stepping stone for Russ Tamblyn (Norman Page). Known mostly as a dancer in films like Seven Brides for Seven Brothers, it led to him being cast inthe screen version of West Side Story, his most famous role.

Cheryl Crane wrote of watching her mother on the set playing Constance MacKenzie, “I was fascinated to see Mom interacting with her “daughter” Diane Varsi. This time, I was looking at Mother as an actress. As I watched her say things and give looks to Diane that I had experienced with her in real mother-daughter situations, those words and expressions suddenly lost their power with me. She was bringing her natural characteristics into her performance, but I then began to look at her at home behavior as “acting.” That was a turning point in my development and how I reacted to Mother. It was not the best way for us to move into a more mature relationship, but that’s how our lives evolved” (Crane 333).

Turner had just divorced her 4th husband (sometime Tarzan Lex Barker) when she fell for small time hood Johny Stompanato. The jewellery she wears as Constance MacKenzie were his gifts. In her own Peyton Place-esque drama, in 1958, she was threatened in her home by the violent Stompanato, and Turner’s 14 year old daughter, Cheryl, fearing for her mother’s life, accidentally murdered him.

Peyton Place was in theaters during Cheryl’s trial, and Lana’s big scene in the film occurs in the witness chair. “Ironically, about the time she was breaking down on movie screens all over America, she was breaking down in that same chair in real life. Fascinated movie audiences felt they were experiencing her private anguish, reenacted for their benefit. They saw her character only as “Lana Turner” (Basinger 219). 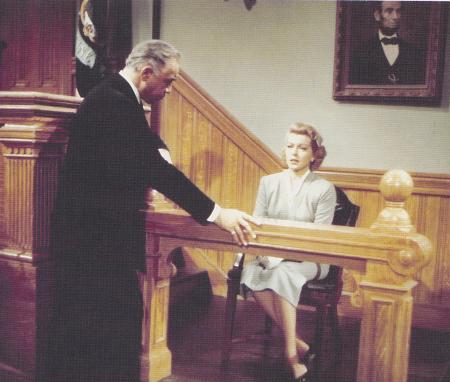 One writer found Norman Page’s love for Allison MacKenzie’s love to be “the profoundest love in the film” (Pomerance 182). But, to modern eyes, Norman is clearly a deeply conflicted, closeted gay man, whose marriage to Allison could only end in disappointment and disaster.

Turner’s Oscar nomination (she lost to Joanne Woodward for The Three Faces of Eve) gave a much needed boost to her career. The film got nine nominations (but no wins) including Best Picture, Director, Writer, Cinematographer, and 4 supporting actors, Hope Lange, Diane Varsi, Russ Tamblyn and Arthur Kennedy were nominated. This record number of supporting nominations for one film would not be beaten until The Godfather II. It was also the top grossing film of 1957.

Peyton Place is not revived with the awe and respect of other domestic melodramas of the day, particularly those directed by Douglas Sirk, like Written on the Wind, The Magnificent Obsession and All That Heaven Allows. One writer suggested it is because Peyton Place takes itself so much more seriously than those films, without the flamboyant camp modern viewers so enjoy. Perhaps, the intentional drabness was a signal to the censors that the filmmakers were behaving themselves.

The screening at the NC Museum of Art on January 21, 2011, was sold out. The audience seemed to appreciate the film, finding plenty of melodramatic excess to enjoy. Interestingly, a “big reveal” which in 1957 everyone would have known already due to the novel’s notoriety, came as a complete surprise to the audience, who reacted with a satisfying gasp of horror and delight.

Sources include: Peyton Place by Grace Metalious, The Films of Lana Turner by Lou Valentino, American Cinema of the 1950s: Themes and Variations edited by Murray Pomerance, Lana: The Lives and Loves of Lana Turner by Jane Ellen Wayne, The Star Machine by Jeanine Basinger, Lana: The Memories, The Myths, the Movies by Cheryl Crane.