Dorothy Davenport Reid produced and co-directed The Red Kimona, the third of her social consciousness films (and the only one that survives) made in the wake of her husband Wallace’s death from narcotics. Human Wreckage dealt with drug addiction and Broken Laws, delinquency. The Red Kimona, about prostitution, was adapted for the screen by Dorothy Arzner, from a story by Adela Rogers St. Johns. The direction was credited to Walter Lang, but Reid was always on the set during production and it was she who approved every take.

Priscilla Bonner plays Gabrielle Darley, a small town girl desperate to escape her abusive family. She elopes with a cad who promises marriage, but intends to install her in a Storyville, New Orleans brothel. He abandons her there and she follows him to Los Angeles. When she sees him buying a wedding ring for another woman with the money she’s earned by whoring, she shoots him. The jury acquits her, but without money, friends or family, she becomes the reluctant protégé of a society woman who takes advantage of her notoriety. Cast off again, she drifts back towards prostitution until fate intervenes.

At the beginning of The Red Kimona, a chicly dressed Dorothy Davenport Reid is shown reading a 1917 newspaper story about Darley, and at the end, she pleads tolerance for the Modern Magdalen. However, in her reformist zeal for accuracy she erred in using real-life events but neglecting to change Gabrielle Darley’s name. There was a real-life Gabrielle Darley and she sued Reid for $50,000 for invasion of privacy, since her current circle of acquaintances knew nothing about her past. The court ruled in Darley’s favor in one of the first such privacy cases, that Reid had violated the California Constitution by making Darley’s pursuit of happiness impossible. Reid lost her house and much of her fortune in the suit .

Dorothy Davenport Reid was born in Boston in 1895 into a theatrical family; her father, Harry Davenport, is a familiar Hollywood character actor. Dorothy made her stage and movie debuts at about the same time, when she was 16. In 1912, she costarred with Wallace Reid in a Western called His Only Son and they soon embarked on a series of films together. “Everybody took a crack at writing in those days. A writer got $25.00 for every scenario reel. At Universal, films were never longer than two reels, but Wally and I often did two films a week. Most of us never even saw the pictures we made.” Wallace Reid worked as a writer, director and actor for Universal, and soon fell in love with his co-star. They were married in 1913, after a day’s work at the studio, and returned to the set the next day to continue shooting The Lightning Bolt. 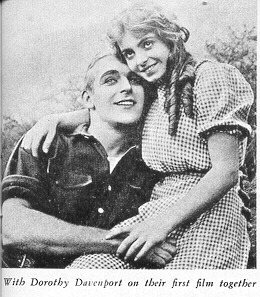 Wallace became famous as a bare-chested blacksmith in The Birth of a Nation, and his popularity grew with every film. Dorothy took some time off from movie making to have two children, and the Reids moved into a home on Sunset Boulevard, supposedly the first movie star mansion with a swimming pool. But, in 1919, Wallace was in a train wreck on location and was badly injured. He recovered, but the pain lingered. He was a valuable movie star, and the studio wanted him in front of the cameras as soon as possible. A doctor gave him morphine, and kept on giving it to him. Dorothy said, “His source was neither illicit, or illegal–it didnt have to be. Wally could charm any doctor into giving him the tablets he wanted. He knew just enough about medicine to convince doctors that he knew exactly how many grams he could safely take every dayIt was worse, in a way, with Wally, because he had always been the picture of health, and he was confident that he know enough about medicine to believe that addiction wouldn’t happen to him. But it did.” By January, 1923, he was dead at 31. 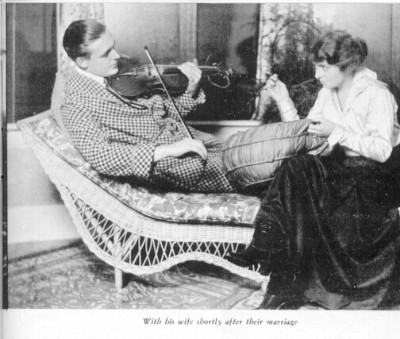 She went with writer Adela Rogers St. Johns to a narcotics conference in Washington and returned determined to make a film about the ravages of drug addiction. “I did a great deal of work on the script; the supervision, trying to keep it as realistic as possible,” she told Anthony Slide, “I thought it came out well. I thought it accomplished its purpose. It was not just a contribution to the picture business, but a contribution to a cause.” Human Wreckage, starring Bessie Love and James Kirkwood is a lost film, dedicated to “A man who fought the leering curse of powdered death, and dying was victorious.” In it, an attorney becomes a drug addict, but doesn’t face his own dependence until he realizes his wife is addicted as well. Mrs. Reid (who plays a supporting role) asks at the conclusion, “Won’t you help us?”

The film was well reviewed and a smash hit, making enough money for Dorothy Reid to support her children, finance her own production company and support the Wallace Reid Foundation Sanatorium. Human Wreckage was called by one newspaper, “the most important picture ever made.” 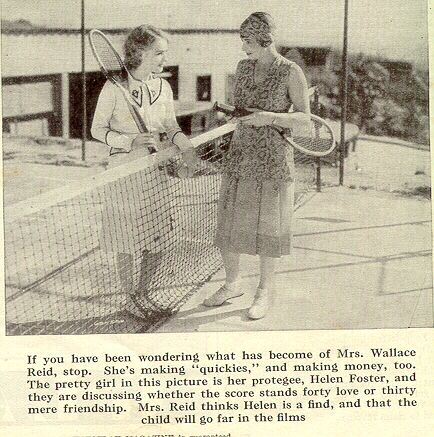 She acted in several films, directed Linda in 1929, and continued directing into the early 1930s. In 1935, Reid met Arthur Lubin, with whom she was to collaborate for many years; from 1950-1956 she co-wrote the Francis the Talking Mule series starring Donald O’Connor, the precursor to the tv series Mr. Ed. Dorothy Reid never remarried and died in 1977.

Priscilla Bonner was born in Washington, D.C. in 1899. Her dance lessons led to an offer from a young man to join his vaudeville act. Her parents were appalled, but compromised by allowing her to be chaperoned as she tried her luck in the movies. A brief extra role led to a leading part in 1920’s Homer Comes Home with Charles Ray. She played a number of virtuous heroines before landing the part of Gabrielle Darley. At the first screening, her shocked mother remarked, “If your father had known what this film was about, he would not have permitted you to appear in it” (Slide). At the end of the silent era, she married and retired from the screen.

Modern audiences remember Bonner from her two co-starring roles with Harry Langdon The Strong Man (1926) and Long Pants (1927) and for playing Clara Bow’s drab girlfriend in It. But her wan fragility is touching in The Red Kimona, and her performance reminiscent of Eleanor Boardman’s more famous one in The Crowd. In 1980, Bonner was asked which was her favorite film and replied, “The Red Kimona, because everything centered around me and everybody likes to be the center of attention.” The film was not well reviewed, although Bonner’s performance was. The New York Times wrote: “There have been a number of wretched pictures on Broadway during the last year, but none seem to have quite reached the level of The Red Kimono.”(sic) A modern viewer is struck by the film’s refusal to condemn Gabrielle Darley for her sin. She is corrupted, not by her “immoral” nature, but by the men who sexually exploit her. Gabrielle is allowed a happy ending because Mrs. Reid reminds us forcefully that we dare not cast the first stone.

Kino International released The Red Kimona on video. Contact them at www.kino.com.

(Photos of the Reids from an April 1966 Films in Review article about Wallace Reid by DeWitt Bodeen, photo of Mrs. Reid and her protegee from the June, 1929 Photoplay magazine.Sources include The Silent Feminists: America’s First Women Directors and Silent Players by Anthony Slide, Script Girls by Lizzie Franke and Reel Women: Pioneers of the Cinema by Ally Acker)