A valentine to Rome, as a princess eludes her minders for a few hours of freedom, a Vespa ride, some gelato, a really cool haircut and the promise of amore with reporter Gregory Peck.  Hepburn’s first starring role won her an Oscar (along with the costumes and screenplay) “A lacy mixture of frothy fun and bittersweet emotion”  (TV Guide).

We celebrate Roman Holiday‘s 60th anniversary with our last screening in our Italian Vacation Series, in a beautiful city that was also the last stop on your Film Curator’s Italian Vacation. Few actresses made a splash the way Audrey Hepburn did in Roman Holiday. Meltingly beautiful, poised and playful, with one film she instantly became one of classic Hollywood’s most beloved stars. The wistful tone has kept the film modern, challenging the saccharine sweetness of many 1950s romances.

Roman Holiday took a long time to get to the screen. Dalton Trumbo, one of the blacklisted Hollywood Ten, wrote the original story in 1948, and had writer Ian McLellan Hunter front it for a sale to Frank Capra’s Liberty Pictures. Capra’s independent producing era, in partnership with William Wyler and George Stevens, did not last long, (one of the great financial disappointments was It’s a Wonderful Life) and the assets of the company were sold to Paramount. The studio had some money that could only be used abroad, so filming using Italian lire had a financial incentive. This would be the first American film shot in its entirety in Europe since World War II. Hunter received screenplay credit, although both Ben Hecht and Preston Sturges may have worked as script doctors, and it was Hunter who would receive an Oscar for his writing. In 1993, the Academy acknowledged Trumbo’s contribution, and awarded his wife and children his posthumous Academy Award for Roman Holiday‘s screenplay.

Capra’s originally planned to cast Elizabeth Taylor and Cary Grant as the princess and the reporter, a deal which never came to fruition, thank goodness! After the film became a Paramount property, many auditioned for the role until Hepburn, a young actress who had played bits in several films and starred on stage in Gigi was tested. She was interviewed about her experience for a while and then, believing the camera was shut off, showed a more playful side to her nature by stretching, hugging her knees and asking how she’d done. The actor who read with her took a more cynical view, “This little doe-eyed charmer is a very smart cookie. She knows perfectly well that the camera is still running and giving it the works.” (Paris). Wyler said, “She completely looked the part of a princess. A real, live bona fide princess. And when she opened her mouth, you were even sure you found a princess. The one variable was, could she act like a princess?” (Maychick). 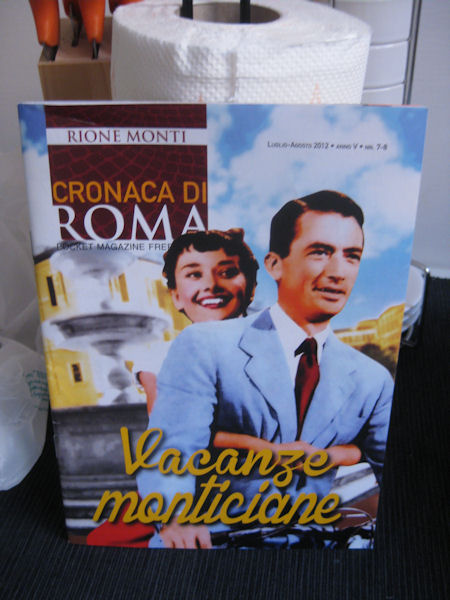 Rome completely owns this film. On the cover of the city guide in our Roman apartment and… 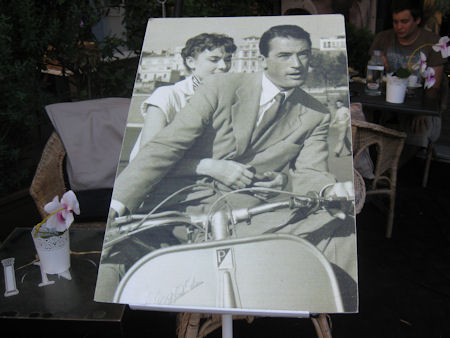 …decorating a café not far from the Bocca della Veritá.

Filming had its challenges. The Roman summer was stiflingly hot, the outside temperature was in the 90s and inside the buildings it was even hotter. Crowds swarmed over all the locations, making huge impromptu audiences for the actors. Clashes between political parties resulted in strikes and other unrest that threatened to disrupt production. Wyler had wanted to shoot in color, but the budget couldn’t accommodate the added expense.

The Embassy Ball sequence included real Italian nobility, slumming and donating their salaries to charity, and the reporters at the end were real reporters, 38 international correspondents. The script capitalized on the worldwide gossip about British Princess Margaret’s romance with a commoner, RAF Group Captain Peter Townsend, an entanglement scuttled by Queen Elizabeth, herself.

Eldred Gregory Peck (his mother found the name in a phone book) grew up with his maternal grandmother in rural La Jolla, California after his parents’ divorce. Majoring in medicine at UC Berkeley, he discovered acting only when asked to try out for a play in his senior year because he was tall (6’3”) but found he preferred the stage. He went to NYC to try the actor’s life with little success at first, and occasionally slept in Central Park. Winning a scholarship to the Neighborhood Playhouse, his acting career began in earnest. Classified 4-F because of a bad back (Martha Graham pressed her knee into his back during a class in an attempt to improve his flexibility and ruptured a disc) he quickly found a niche in Hollywood where many leading men were in the service. He was nominated 4 times for an Oscar in the 1940s without winning, and throughout his life devoted much of his time to the arts and liberal political causes, even making Nixon’s enemies list. 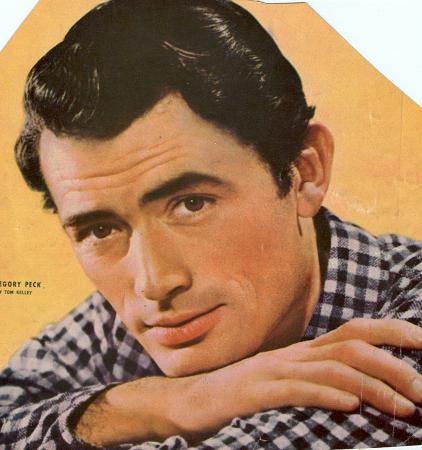 A fan magazine portrait of Peck from the 1940s

Peck had first worried that his part was secondary to the Princess, in fact, many leading men had turned the part down for that reason. He had never done a comedy before, and this relaxed performance shows him at his most charming. Or, as Wyler put it, “Peck used to be a somber sort of a fellow. In Roman Holiday he simply learned to put his hands in his pockets.” He warmed to the experience, and even insisted that Hepburn’s name be above the title. His agent protested saying that such a privilege was the result of many years of work. But Peck insisted, “If I don’t I’m going to make a fool of myself because that girl is going to win the Oscar in her very first performance.” He may also have been in a romantic frame of mind. On the way to Rome, he had been interviewed in Paris by a young reporter, Veronique Passani. When filming was completed, he returned to Paris and renewed his acquaintance with her, and fell in love. They were married nearly 50 years when Peck died in 2003.

William Wyler was a studio director of many important films, Wuthering Heights, Mrs. Miniver, The Best Years of Our Lives among them, and had been nominated for a Best Director Oscar 8 times. He was a perfectionist, sometimes shooting the same scene 60 times. Luckily, this cast did not mind the leisurely pace. The scene where Peck puts his hand in the Mouth of Truth contains a gag that was a surprise to Hepburn, and you can see her spontaneous reaction. Only that scene was done in a single take. Hepburn despaired at her inability to cry in one scene after many retakes, a problem Wyler resolved by yelling at her until she was reduced to tears. He was not above borrowing from another director; some of the “putting the princess to bed” routine is lifted from Buster Keaton’s last silent film, Spite Wedding. 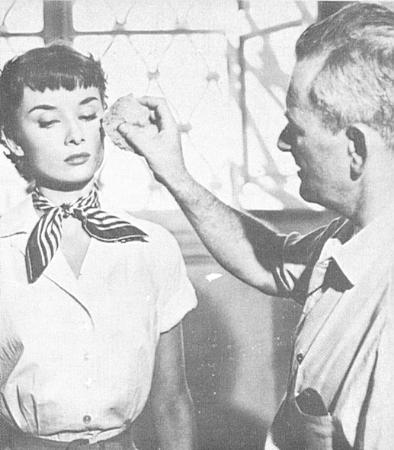 “Wyler carefully exploits Audrey Hepburn’s wonderful ability to be at once refined and child-like, sophisticated and tomboyish” (Anderegg). Wyler remarked, “After so many drive-in waitresses in movies—it has been a real drought—here is class. Somebody who went to school, can spell and possibly play the piano. She’s a wispy little thing, but you’re really in the presence of somebody when you see that girl” (Maychick). She told of her debt to Wyler in a BBC interview, “I’d say almost everything. His attitude was that only simplicity and truth count. It has to come from the inside. You can’t fake it. That is something I long remembered” (Paris). 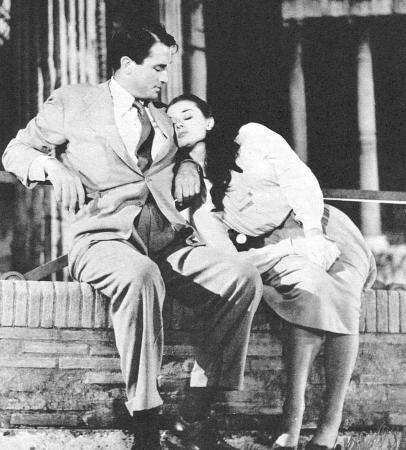 One reason for the enormous success and influence of this film was the way Audrey Hepburn looked on screen. In an age where a more voluptuous figure was the ideal, Hepburn’s slender grace and dazzling appearance in Edith Head’s chic wardrobe is still being imitated today. In her autobiography, Head spoke of Princess Anne’s first appearance in a stiff and formal brocade gown, and how important to contrast with her “run-away” clothes. “To create the contrast, I put her in funny little flat shoes, a gathered cotton skirt, and a plain blouse with the sleeves rolled up. She even goes to the barber and has her regal crown of hair chopped off. Suddenly, she is the kind of girl you wouldn’t look at twice. It sounds easy to do, but it wasn’t. Trying to make Audrey, who has so much hauteur, look anything but chic is very difficult. I had to adjust the length of the skirt, for instance, making it too long so that she looked somewhat dowdy. I used fabric that was limp to create the impression that she just didn’t care what she wore. The costuming was very important in this film—it told the story. First she was a fairy tale princess, then she because a sporty, wild, happy, very real person who had no regard for her appearance.”

At first, Head thought that her major job as costumer would be to disguise Hepburn’s so-called “figure flaws” her long neck, prominent collarbone, thin arms and strong dancer’s legs, not to mention her flat chest. Nobody at Paramount thought their new star would be setting standards for a new kind of beauty. The New York Times wrote recently, “Thanks to their first glimpse of Audrey Hepburn in Roman Holiday, half a generation of young females stopped stuffing their bras and teetering on stiletto heels.” (Keogh). One of the three Oscars the film won (out of 10 nominations) was for Edith Head’s costumes, her fifth, the others were for Hepburn and the screenplay.

Audrey Hepburn fell in love with Rome and lived there for many years. She and her first husband, Mel Ferrer, kept an apartment there, and when she withdrew from films after marrying her second husband, Dr. Andrea Dotti, she lived there full time. Her second son, Luca Dotti, was born there. Luca Dotti wrote in the May, 2013 Vanity Fair, “My mother’s fame began with her role in Roman Holiday (1953) made only a short time after World War II, when people were still recovering from the loss and deprivation it had caused. With that film, my mother became almost a second Colosseum; an icon of the city, an icon of a different, free-and-easy Roman spirit that was symbolized by a girl who travelled the world on a Vespa.”

Just a few years before, Rome reeled from the destruction of WW II, bombed in turn by the U.S., the British, and the Germans. This film signifed the great city’s rebirth on the world stage. “It made Rome look the very best place on earth to cut loose for a few days, just a few years after all the world took pity on the Romans with their stolen bicycles and handmade showshine boxes and pawnshops filled with bedlinen and socks” (Levy 113).

Her director said, “Audrey was the spirit of youth—and I knew that very soon the entire world would fall in love with her, as all of us on the picture did.” Peck said of his co-star, “It was my good luck during that wonderful summer in Rome to be the first of her screen fellows, to hold out my hand, and help her keep her balance as she did her spins and pirouettes. Those months were probably the happiest experience I ever had making movies.” 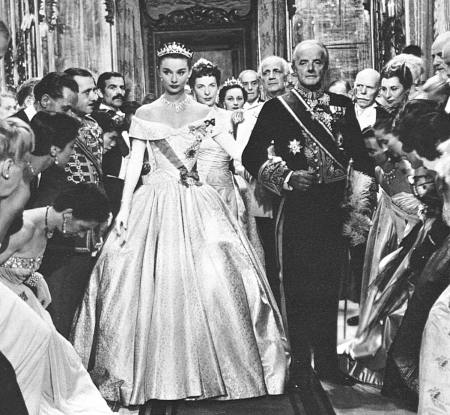 Hepburn in costume as Princess Anne 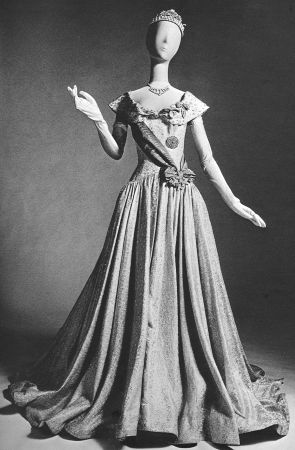 The day before my family left for our Italian vacation, Moviediva, jr. and I watched Roman Holiday. We made note (again) of the places Hepburn and Peck visited, and in our one full day in Rome, we made sure to hit all the film’s landmarks, the Spanish Steps, the Trevi Fountain and the Bocca della Veritá. We sat in the cafés and we ate gelato. It wasn’t hard to traverse the scenes of the film, as central Rome is eminently walkable. Why is it so satisfying to visit the scenes where one’s favorite films were photographed? It’s a little bit of movie magic that you can experience for yourself, a little bit of Audrey Hepburn in your pocket. The city’s affection for Hepburn, Peck and this film is still visible in 21st century Rome. 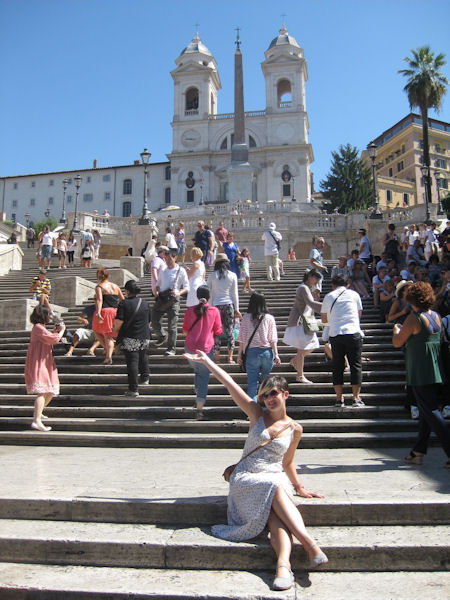 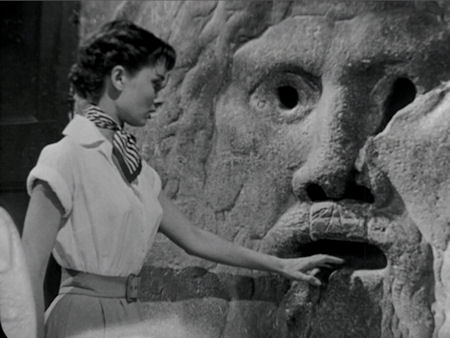 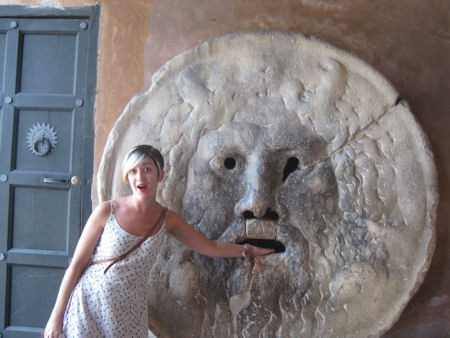