Superficially an upstairs-downstairs romance, La Regle du Jeu (The Rules of the Game) was banned after its premiere for “demoralizing” French society. Satire skewers a decadent upper crust nearing social and moral collapse, and Renoir uses a senseless rabbit hunt to foreshadow the carnage of a looming European war. “A probing portrait of an overheated weekend at a country chateau, Rules might also be termed a dark comedy, a door- slamming bedroom farce or a fatalistic tragedy” (Flaherty). “Renoir’s films seem to satisfy everyone’s notions of what a great work of film art should be, interesting story, vital characters, brilliant acting, social criticism, poetic symbolism, philosophical observation, structural complexity and stunning visual compositions. Renoir films are exciting, entertaining and compellingly intellectual at the same time” (Mast).

Jean Renoir was the middle of three sons born to Impressionist artist Auguste Renoir, and as a boy was the subject of many of his father’s paintings. He grew up in a lively atmosphere amongst family and friends who valued beauty and creativity. Renoir discovered a passion for the movies during his long recovery from several WWI injuries. He inherited money from his father and set up his own film production company. In the 1930s he made a number of superb movies, at least two of which, La Regle du Jeu and La Grande Illusion recur time and again on lists of the greatest films of all time.

At the end of the 1930s, Renoir wanted to make an original comedy with “a certain elegance, a certain grace, a certain rhythm which is typical of the 18th century.” He was inspired by the music of the French baroque, composers such as Couperin, Rameau and Lully. But, the twentieth century was shadowed by looming political events. Fascist Francisco Franco had just taken power in Spain, Mussolini’s Italy had overrun Albania and Hitler was preparing to invade Poland. This threat to European stability had an unconscious influence on the film, “I didn’t tell myself ‘it’s absolutely necessary to express this or that in this film because we are going to have a war.’ But, knowing that we were going to have war, in being absolutely convinced of it, my work was impregnated with it, despite myself” (Sesonske).

The plot contains many interlocking threads. Andre is an aviator whose feats of daring are seemingly unappreciated by Christine, a married woman he loves. He and his friend Octave (a childhood friend of Christine’s) are invited to a weekend party at the country home of Christine’s husband, the Marquis, who is attempting to break off a liaison with his mistress. Christine’s maid is flirting with a poacher, who is hired as a household servant by the Marquis, much to the distress of the gamekeeper, who is not only the poacher’s natural enemy, but the maid’s husband. The richly beautiful deep focus compositions allow the viewer to see actions in both the foreground and background of the scene, accentuating the ironic complexity of the complimentary story lines.

Renoir wrote his scripts with particular actors in mind for the roles. He wanted Jean Gabin to play Andre, but Gabin chose to do another film (the role of an orchestra conductor had been rewritten as a pilot to suit his star persona) and Simone Simon (who had a taste of Hollywood celebrity) made salary demands too high for her to play Christine. He recast the part of the pilot but stalled searching for a replacement for his heroine. On this quest, Renoir went to evaluate a stage actress, and instead saw Nora Gregor, a titled Austrian socialite and actress, in the audience. She was not a native speaker of French, and Renoir felt her accent was “the little barrier, the little curtain that separated her from her purely French circle” (Volk). If there is a weakness in the film, it is not so much Gregor’s untutored performance, but Christine’s fickle character that impede’s audience sympathy. Renoir had not intended to play the part of Octave himself, but eventually did “so I could be more inside the film” (McGrath and Teitelbaum). His outsized performance reflects his own personality, almost as if the director himself is controlling the action of the film from onscreen. Because he had grown up in the collaborative artistic community that surrounded his father, his films were partly improvised and he never hesitated to incorporate the suggestions of cast and crew. 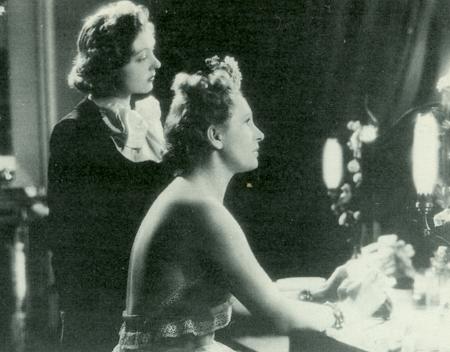 The exquisite wardrobe was by Coco Chanel.

The Marquis is played by Marcel Dalio. His artificial appearance reflects his love for a world of culture and style epitomized by his collection of mechanical toys. He tries (and fails) to orchestrate his weekend party the same way he repairs and plays with his automatons. The fact that a Jewish actor played a French Marquis was part of the controversy surrounding the film, even though his religion is discussed by the Marquis’ servants in one scene. This casting enraged the anti-Semites, as well as his character’s friendship for the poacher and his “ill-treatment” of Schumacher, the game keeper, which was viewed as disdain for working class Frenchmen. The right-wing press attacked the film, but the uproar began with the audience at the first screening, in which the spectators reacted violently, even attempting to set fire to the theater. Renoir recut the film, taking out scenes that were hissed and booed, only to discover at the next screening outrage at a different scene, instead. Thirty five years after he made La Regle du Jeu he said, “I depicted pleasant, sympathetic characters, but showed them in a society in process of disintegration, so that they were defeated at the outset…the audience recognized this. The truth is that they recognized themselves” (Sesonske). “Jean believed that his portrait of people ‘dancing on a volcano’ was too truthful to be comfortable” (Bergan).

The original negative of the film had been destroyed in Allied bombings during WWII and La Regle du Jeu survived only in a print of about 80 minutes. The film was restored only in 1959 by a couple of dedicated cineastes, Jean Gabont and Jacques Durand. They managed to assemble a print lacking only one scene, which played to great acclaim at that year’s Venice Film Festival, cementing its reputation as a timeless classic. 1959 was the year that the French New Wave burst upon the cinema landscape, and Renoir was one of the few classic directors admired by the young iconoclasts like critic turned director Francois Truffaut.

The less skilled performances of Gregor as Christine and Renoir as Octave stick out and symbolically cause the weekend’s disruptions by their characters’ refusal to live by the rules of the game, that of social performance. But the pilot Andre and the poacher, Marceau, are also intruders into their rigid orders, the aristocrats and the servants. In classical comedies, servants are often a low comedy reflection of their betters, as they are here. The heartless cruelty of the rabbit hunt which is the film’s centerpiece reveals the thin crust of civilization over the sophisticated guests as their baser instincts are revealed.
Key moments occur when diverse characters interact, when the Marquis’ wife and mistress discuss his faults, when the Marquis and the poacher muse on life, and when Octave reveals his feelings after years of hiding them. Few films of the times treated the issue of sexual morality with such openness, no doubt another reason for the public’s shock. Renoir broke the filmmaking rules by having so many plots and characters, defying the prevailing cinematic structure of the day. Love, requited and unrequited, jealousy and confusion, juxtaposition of comedy and seriousness gives La Regle du Jeu its “dramatic power, its human complexity, its intellectual richness and its reputation as one of the greatest works of film art of all time” (Mast). 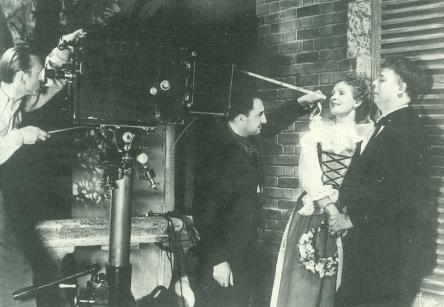 “ The complexity of the film is enormous and it repays multiple viewings. When first shown, La Regle du Jeu was a total commercial failure—perhaps the worst in Renoir’s career—but since then it has earned universal acclaim and now stands unchallenged as the summation of a decade of French filmmaking which is far richer than any simple notion of poetic realism.” (Armes). “Renoir’s film has the true starch of creative intellgence that recognizes the depths of social veneer and in what way its post-World War I quality sustained the chivalric tradition at the expense of what is known as human honesty” (Parker Tyler).

Owen Gleiberman in the November 17, 2006, Entertainment Weekly commenting on the film’s “lustrous” new print from Janus Films, refers to a line of dialogue spoken by Octave, ” (it) struck me with greater force, ‘Today, everyone lies,’ he says ‘So why shouldn’t simple people like us lie as well?’ The prescience of that line–the connection it makes between what the powerful do and what we do–has a haunting application to the world of today.” At the screening at the NC Museum of Art, the audience laughed at this line, in recognition of what was true almost 70 years ago still carries a sting. 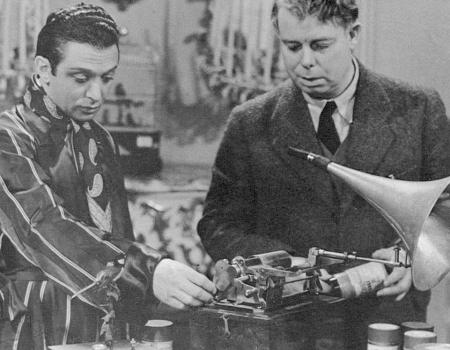 (First two photos from Braudy, 2nd photo from Mast. Sources include: Renoir, My Father by Jean Renoir, My Life and My Films by Jean Renoir, Classics of the Foreign Film by Parker Tyler, Film Encyclopedia by Ephraim Katz, La Regle du Jeu, translated and introduced by JohnMcGrath and Maureen Teitelbaum, Film Guide to the Rules of the Game by Gerald Mast, Jean Renoir: Projections of Paradise by Ronald Bergan, Renoir on Renoir, Interviews Essays and Remarks edited by Carol Volk, Jean Renoir: The World of his Films by Leo Braudy, French Cinema by Roy Armes, International Dictionary of Films and Filmmaking essay by Robin Wood, Jean Renoir, the French Films 1924-1939 by Alexander Sesonske.)