A meek company cashier, hen pecked by his shrewish wife, escapes into his Sunday painting. Embroiled with a sleek femme fatale, she slyly markets his outsider art as her own. Banned by the Legion of Decency, the “mesmeric dark atmosphere and camerawork are still dazzling half a century later” (Patrick Mc Gilligan). Archive print from the Library of Congress.

In assembling a program of films about artists, I wanted to explore some films that weren’t necessarily about the “fine arts.” I auditioned several films about people who, today are called “outsider artists.” Untrained, and once unappreciated, they now have gallery shows and even a whole museum in Baltimore dedicated to their artwork, which bloomed outside conventional art schools and movements. Some of these films were fiction, some were documentaries. In Scarlet Street, Chris is called a “Sunday painter” an expression denigrating his expressive images, actually painted by a well known artist, John Decker (his studio was a bohemian hang out for a group of characters, and heavy drinkers, including Gene Fowler and John Barrymore). When a posh gallery becomes interested in the fictional character’s work, it isn’t the quality of his work alone, but that it appears to have been painted by a very attractive young woman, a marketing hook relished by the gallery. An appealing package: saleable images inseparable from beautiful dame, even though she is the most unlikely artist, ever. How modern is that?

Scarlet Street was based on a 1931 film by Jean Renoir, La Chienne (The Bitch), which was itself adapted from a novel and play by Georges de la Fouchardière. It was published in the US under the title Poor Sap. La Chienne shares inspiration with The Blue Angel, in which a college professor played by Emil Jannings humiliates himself for the love of the slutty Lola Lola, played by Marlene Dietrich. Paramount bought rights to Renoir’s French film in the hopes that Ernst Lubitsch would apply his famous “touch” to the delicate material, but by the time the arrangements were made, the Production Code was in force, and the project was abandoned. La Chienne (still only available on VHS, thanks Duke University Library) is pretty tawdry, and it’s not surprising the Code, and Lubitsch, rejected it. When Fritz Lang became interested, it was slated to be the first project for Diana Productions, an independent company owned by Joan Bennett and her husband, producer Walter Wanger. The cast of The Woman in the Window, Joan Bennett, Edward G. Robinson and Dan Duryea, returned for Scarlet Street. Lang would infuse it with his own distinct sense of doom. 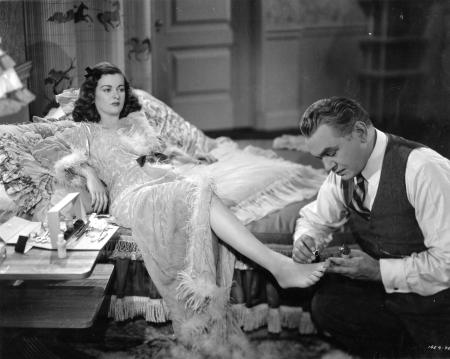 Lang constructed the first outline of the screenplay, which was then assigned to bon vivant Ludwig Bemelmans, the artist and writer who is best known today for his Madeline books, first published in 1939. Perhaps, it was thought, because Lang and Bemelmans were both Austrians, they would be simpatico. But, the collaboration was a disaster, and the script returned to the hands of experienced screenwriter Dudley Nichols. One suggestion of Bemelmans’ that did survive was his suggestion to name the film after a real street in Greenwich Village, “Carmine Street” which became Scarlet Street.

He was born Emmanuel Goldenberg in Bucharest, Rumania, in 1893 and arrived in the US when he was nine. His propensity for being on stage revealed itself early when young Manny gave what was considered to be the longest Bar Mitzvah speech in the history of his Lower East Side synagogue. He studied acting at the American Academy of Dramatic Arts in NYC. He was encouraged to change his name and chose Edward G. Robinson, keeping his initials and adding the de rigueur Anglo-Saxon surname. He honed his craft in stock, but in looking for jobs in New York in the ‘teens remarked, “In those days I would go for an interview and find myself competing with this other chap who would always be younger and taller, and much handsomer than I. I would recognize immediately that the producer wasn’t particularly sympathetic and I learned to say, out of intuition, ‘I know I’m not much on face value, but when it comes to stage value, I’ll deliver for you’” (Parish).

Robinson worked steadily on Broadway throughout the 1920s, and made his first talkie (he’d been in one silent film) at Paramount’s Astoria studio in New York. Irving Thalberg of MGM brought him to Hollywood in 1930 and he stayed, eventually signing a contract with Warner Brothers, who offered him the role of Caesar Enrico Bandello, Little Caesar. After that film, he became one of the gangster triumverate at Warners, with James Cagney and Humphrey Bogart.

Edward G. Robinson was unimpressed by the film, saying merely in his autobiography, “I followed with Scarlet Street at Universal and hastened to finish it, so monotonous was the story and the character I played. So monotonous was I as an actor” (Robinson 264).

Joan Bennett grew up in a theatrical family. Her father, Richard Bennett was a successful matinee idol, and her older sister Constance was already in films when Joan made her debut. She was born in Palisades, NJ and had a genteel education, including finishing school. She ran away with a millionaire’s son when she was 16, was a mother by 17, and in due course, “Hollywood’s youngest and most beautiful grandmother.” Of course, the marriage didn’t last long, and her father, who wanted her to be as successful as her sister, got her a screen test which resulted in her being cast opposite Ronald Colman in “Bulldog Drummond” (1930). She played a succession of dewy, forgettable blonde heroines through the 1930s.

She became a brunette in 1938, and her characters were quite a bit more interesting. She starred in several films for Fritz Lang, The House Across the Bay, Man Hunt, and The Woman in the Window. Later in the 1940s she starred for Jean Renoir in The Secret Behind the Door and Max Ophuls in The Reckless Moment. You may also remember her as the mother of Elizabeth Taylor in Father of the Bride. I discovered Joan Bennett when she played the mysterious matriarch on the tv soap opera, Dark Shadows.

Joan Bennett loved working with Lang, it was he who coined her character’s nickname, Lazy Legs. 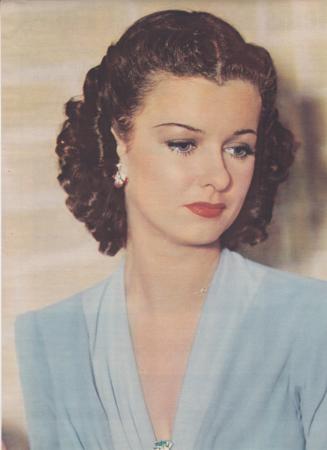 Dan Duryea was a New Yorker from White Plains. He attended Cornell, where he was President of the Drama Society! He starred on Broadway in Dead End, and then in The Little Foxes, by Lillian Hellman. He recreated his role as the weakling Leo Hubbard in the 1940 film adaptation of the latter, and stayed on to play a series of violent gangsters, and, later in his career, Western villains. Needless to say, these characters bore absolutely no resemblance to his real life. Duryea also enjoyed working with Lang. They had long conversations about what it was like to be known for playing evil characters. “The audience always remembers the villain” Lang told Duryea (McGilligan 322).

Lang was granted autonomy over the entire production, which could be a dangerous, and uneconomical proposition. There were rumors he wasted vast amounts of studio time “rearranging the folds in Joan Bennett’s negligée so she would cast a certain shadow he wanted” (Ballinger and Graydon 162). 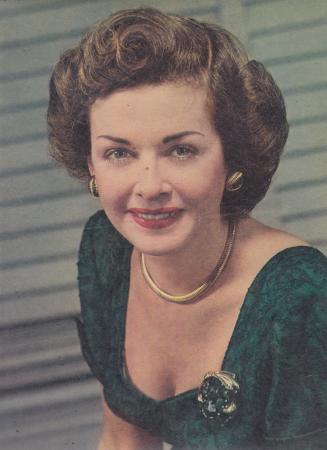 Although the Code was still in force, an audience hardened by WWII was less likely to insist that the guilty must be punished, so situations that would have caused it to be completely banned slipped by. Different states objected to the number of times a fatal blow was struck. Some prints have seven, some four, some only one. The Code was most concerned that crime would pay. Lang finessed it with Joseph Breen, the implacable head of the Production Code office, “We’re both Catholics. Here is a man undergoing torture who will go to hell for his crime. That is the ultimate penalty” (Hare 108).

Scarlet Street is easily confused with The Woman in the Window which has the same three leads (Bennett, Robinson and Dan Duryea) but Scarlet Street is the much stronger storyline. Lang claimed that all his films, “wanted to show that the average citizen is not very much better than a criminal” (Muller 94).

“Called upon by Adele to don a frilly apron and do the dishes while she listens to the highly ironic “Happy Household Hour” on her neighbor’s radio, Cross needs little incentive to heed the siren call of one of classical American film noir’s most troubling femme fatales”

“Lang never wavered in his regard for Scarlet Street, one of his favorite films, and one of the few that had turned out almost exactly the way he had hoped” (McGilligan 326).