Alfred Hitchcock had been making films in England since 1922, but had his first international success with the first version of The Man Who Knew Too Much in 1934. His next film, The 39 Steps, established prototypes for both the innocent man wrongly accused and the icy (but thawing) blonde, themes to which he would return throughout his career. Hitchcock had convinced stage actor John Gielgud to play the lead in Secret Agent by describing Ashenden as a modern day Hamlet who could not resolve to do his duty. But Gielgud ended up hating that his character was an enigma, and that Hitchcock made the villain more charming than the hero. He also felt the director was pampering Madeleine Carroll and aiming the camera rather too much in her direction, although he admired Hitchcock’s obsessive style of filmaking.

Sir John Gielgud died last year, the last surviving link to a monumental era of British stage acting that included Sir Lawrence Olivier, Sir Michael Redgrave and Sir Ralph Richardson. Gielgud was born in 1904 and made his first stage appearance at 10 (singing “Soup of the Evening, Beautiful Soup”) as the Mock Turtle in a school production of Alice in Wonderland). His first London stage appearance was in 1921, his first radio broadcast in 1923, his first film in 1924. At the age of 78 he won an Oscar as the acerbic butler in Dudley Moore’s alcoholic comedy, Arthur. He worked primarily in the theater and rarely played in modern dress. His Hamlet was considered the definitive 20th century one; perhaps until Richard Burton’s, which Gielgud directed.

He made few films in his youth; “Of course I was paid more money than in the theatre, but I had a feeling no one thought I was sufficiently good looking to be successful.” He didn’t care for acting in the cinema, believing the director, not the actor, created the character. The early calls were trying, and he found it difficult to shape a performance with the long waits between set-ups and scenes shot out of sequence. As the shooting day progressed, he became increasingly fidgety, anticipating his evening performance. When he was filming Secret Agent during the day, at night he was on stage in Romeo and Juliet, alternating the parts of Romeo and Mercutio with Laurence Olivier. His film career did not take off until he was 65, although he did work in films occasionally. But, as he got older the less strenuous physical demands of moviemaking allowed him to continue an active career well into his 90s. The last film he made, at the age of 96, is as yet unreleased. 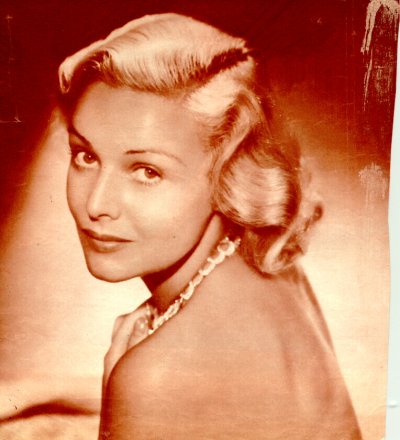 Hitchcock takes advantage of Secret Agent’s Swiss locale by incorporating Alps and a chocolate factory into the plot. Madeleine Carroll plays the heroine in her second and last film for Hitchcock. Afterwards, she departed England for a brief career in Hollywood. The excellent cast includes the American actor Robert Young and Peter Lorre. Lorre, a rabbi’s son, became an international star as the child murderer in M, but fled Germany in 1933 with most of the German film industry (to the Nazis’ great relief). Gielgud wrote: “In Secret Agent I played with Peter Lorre, the very striking German actor who played M for Fritz Lang. He was a morphine addict and an expert in stealing scenes by putting in extra unrehearsed business at the take,” which an actor as disciplined as Gielgud found unconscionable. The part was built up for Lorre (he’d played in the original version of The Man who Knew Too Much for Hitchcock in 1934) and in a way, he represents the hero’s dark side. Gielgud’s discomfiture with Lorre’s flamboyant performance is easy to understand. In an effort to scale down for the movies, Gielgud is so understated that Ashenden is not a very dashing hero. Hitchcock does not have a cameo appearance in this film, so don’t bother looking. 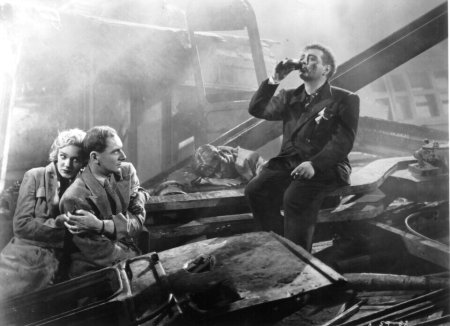 Secret Agent was based on two of the seven Ashenden stories of Somerset Maugham, “The Traitor” and “The Hairless Mexican” and the romance was taken from a play based on the stories by Campbell Dixon. Maugham had been a secret agent for about a year in 1915-1916, working primarily as a go-between. It was not unusual for writers and artists to be recruited by the British Secret Service at the time. The Ashenden stories were based on actual cases and people. Supposedly, Winston Churchill advised Maugham to burn 14 others, warning him they violated the Official Secrets Act.

Maugham wrote in “Giulia Lazzari”: “Ashenden’s official existence was as orderly and monotonous as a city clerk’s. He saw his spies at stated intervals and paid them their wages; when he could get hold of a new one he engaged him, gave him his instruction and sent him off to Germany; he waited for the information that came through and despatched it, he went into France once a week to confer with his colleague over the frontier and to receive his orders from London; he visited the market-place on market-day and to get any message the old butter-woman had brought him from the other side of the lake; he kept his eyes and ears open and he wrote long reports which he was convinced no one read, till having inadvertently slipped a jest into one of them he received a sharp reproof for his levity. The work he was doing was evidently necessary, but it could not be called anything but monotonous.” This description seems to have closely described Maugham’s espionage work; even to the reprimand for a joke inserted in his report.

Secret Agent was not much admired at the time because it challenged the “complacent assumptions about the possibility of purity or heroism in war.” Ashenden influenced Ian Fleming’s James Bond novels, most directly in the single initial alias of his superior. This is not one of Hitchcock’s great films, but it is fascinating because of Gielgud, Lorre, and the distinctive directorial style so evident even in his early work. It is revived much less frequently than Hitchcock’s other 30s spy films, The 39 Steps and The Lady Vanishes. As the authors of the recent The Complete Hitchcock write, “since it is a far more enjoyable film than some of his better known offerings, this seems a massive oversight.”

(Secret Agent photo from Jerry Ohlinger’s Movie Materials Store. It is an incorrectly posed still, and the most reprinted one from the film; I tried and failed to obtain a different one. Madeleine Carroll photo from Claire Drazin’s movie star scrapbook. The caption reads: “It’s almost unbelieveable that anyone could be as beautiful as Madeleine Carroll. Her girlhood ambition was to be a nun. A former schoolteacher, star hockey player, a French scholar, she adores gardening, is superstitious about the number 26, prefers soup to anything, likes tennis, is wed to a wealthy Guard’s officer who commutes from England to see her.” Could any of this have been true?)