The Golden Age of Mexican Cinema is considered to be the 1940s and 50s, with a studio system, and a star roster, similar to Hollywood’s.  Some films south of the border were versions of Hollywood genres, but some were unique to Mexico, like the luchador (wrestler) horror films.  Mexico produced more Spanish language films than any other country.  I’m just discovering these movies, since many are not easy to see in the US. But they do not disappoint, as they “overflow with fatalistic tales of passion, jealousy and betrayal…part film noir, part grand opera” (Hoberman). 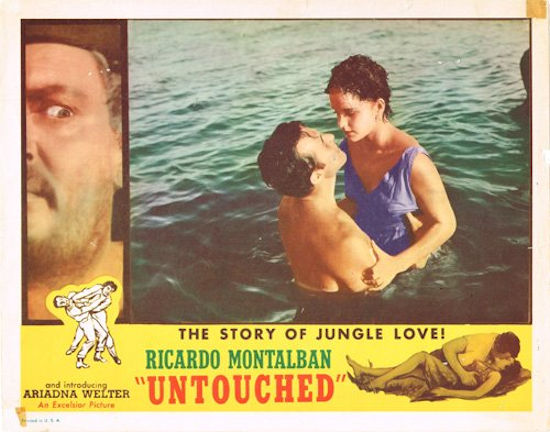 These Golden Age films reflected Mexico’s anxiety as a rural economy shifted to a more urban one.  Sombra Verde is explicit in its contrasts between the urban man (Montalban) who struggles to survive in the jungle, with the villager (Jorge Martinez de Hoyas, considered one of the era’s greatest actors) whose expertise in the wilderness gives him the upper hand. The hero is eventually forced to choose between a remote paradise and a return to the city.  Because there was no Production Code in Mexico, the films are surprisingly sexy, a parallel universe to Hollywood studio films of the same era.

Roberto Gavaldon was known as the Master of Melodrama.  He was born in Ciudad Jimenez in 1909, a year before the Mexican Revolution.  His family was middle class but living in the region where the conflict was born divided his family.  He planned to become either an architect or an engineer and went to Mexico City to study, and to live amongst the intellectual and cultural influences of a sophisticated city.

In the early 1930s, he moved to Hollywood for economic opportunity, working as a waiter at the Roosevelt Hotel and as a nightclub bouncer.  As a friend of the Mexican actors who arrived in Hollywood at the dawn of the talkies to make Spanish language versions of popular movies, he also worked as an extra.  Returning to his native country, he worked a vast array of jobs in films, as an extra, prop man, soundman, editor and cameraman.  He assisted most of the important directors working in Mexico at the time.  He learned his craft well.  His first film as a director La barraca (The Shack) was based on a novel by Vicente Blasco Ibanez, whose books, like The Four Horsemen of the Apocalypse, The Temptress and Blood and Sand were often adapted for the American screen.  The Shack was praised for the realism of its meticulous Spanish atmosphere, but his subsequent films incorporated many of the conventions of film noir.  The greatest stars of Mexican films are considered to have played their most vivid roles in Gavaldon’s films, which were huge box office hits.  Off-screen, his liberal politics were influential in public life.  He was one of the founders and directors of a union for film workers, and then became a national deputy directly influencing legislation affecting the film industry.  He’s considered to be the last great director of the Golden Age, and he made films until 1979.

Ricardo Gonzalo Pedro Montalbán y Merino was born in Mexico City in 1920 but moved to Los Angeles as a teenager to live with an older brother who was pursuing a film career.  He acted a little on stage, and then returned to Mexico to take care of his elderly mother.  He became a star in Mexican films, but spotted by MGM, he returned to Los Angeles to star in a series of films as a suave Latin Lover, opposite stars like Esther Williams and Cyd Charisse.  In Neptune’s Daughter, he duetted with Williams in “Baby It’s Cold Outside.” He chafed against stereotyping and occasionally did play a more interesting film, such as the detective in Mystery Street (1950).  He later said, “I played caricatures of what a Latin is supposed to be like. In reality, we are family men. I should have had the courage of Dolores Del Rio who returned to Mexico and made her best movies there.” (Wikipedia).  He acted in this film when his MGM contract wasn’t renewed.  His greatest fame was on television, particularly on the show Fantasy Island.  He will forever be beloved of Trekkies for his turn on Star Trek as Khan Noonien Singh, in the episode “Space Seed” and in Star Trek II Wrath of Khan.  Pauline Kael said Montalbán’s performance as Khan “was the only validation he has ever had of his power to command the big screen” (Wikipedia). He helped found “Nosotros” an LA based organization to advocate for Latinx performers, which bought a historic theater in Hollywood which was renamed in his honor in 2004, the first theater to be named after a Latinx performing artist.  He was married for 63 years to Georgiana Young, a younger sister of Loretta Young.  His NY Times obituary said, “Montalban embodied stereotypes, fought them and transcended them in his years in show business.”

His autobiography, Reflections: A Life in Two Worlds, written with veteran Hollywood journalist Bob Thomas, is a slim 164 pages. He speaks little about his acting career, but much about his religion and his family, the two most important things in his life. The book was written in 1980, in midst of his Fantasy Island run, and before Wrath of Khan. He spent much of his life as a struggling actor, and it makes sense that his energy was directed to those aspects of his life within his control. 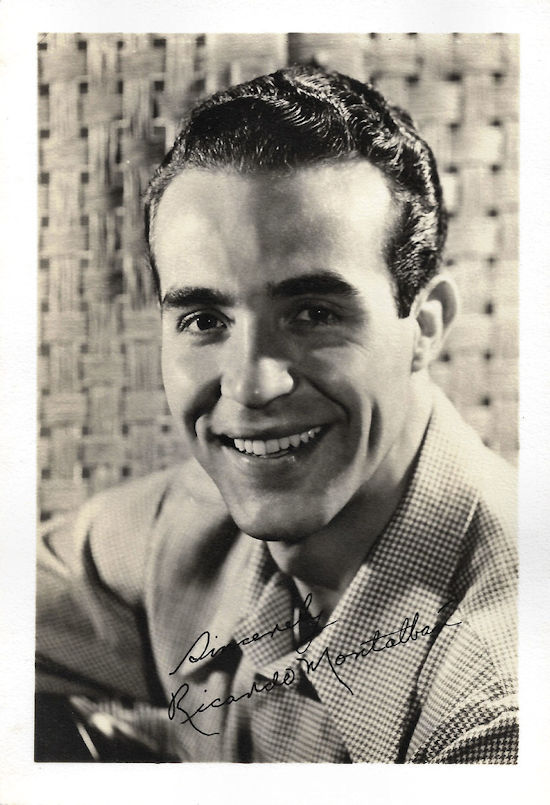 Ariadne Welter was also born in Mexico City, the younger sister of the actress Linda Christian, who would marry Tyrone Power.  Her father was Dutch, an engineer and an executive for Royal Dutch Shell.  As a child her family moved often and she lived in several countries, she was fluent in half a dozen European languages. She starred in the Luis Buñuel film, The Criminal Life of Archibaldo de la Cruz, but is primarily known for her horror films, like El Vampiro.

This film includes an upsetting scene, in which two horses fall into a waterfall, an incident which turned the film’s crew against the director.  “This anecdote, together with his strong, demanding temperament and his perfectionism, earned him the nickname ‘the ogre.’  Even today, those who knew him either respect and admire him, or prefer not to talk about him at all” (Paranagua 200).

Sombra Verde means “Green Shadows.” There is dialogue in the film that reveals that the phrase describes the female spirit of the jungle, which makes it unclear why the film had to be renamed for English speaking audiences. The film has two separate storylines, the jungle adventure which begins the film, and the “Tempest” derived romance which concludes it.  Both sections contain subversive threads.  The first one deconstructs the colonialist narrative where the so-called civilized man recruits an indigenous guide to lead him on his forest quest.  He tries to assert his authority, but his guide reminds him that he is, in fact, at the mercy of the person who knows the landscape and they are equals.  In the second half, the girl shielded by her father from the evil influences of the city is not shy and fearful, eager to look towards a man (not her father) for instruction but is sexually aggressive and her lack of restraint is rather frightening.  The hero is fascinated, but also intimidated by her, with good reason.  The big emotions of popular Mexican cinema take this film in directions not imagined by more timid Hollywood versions. 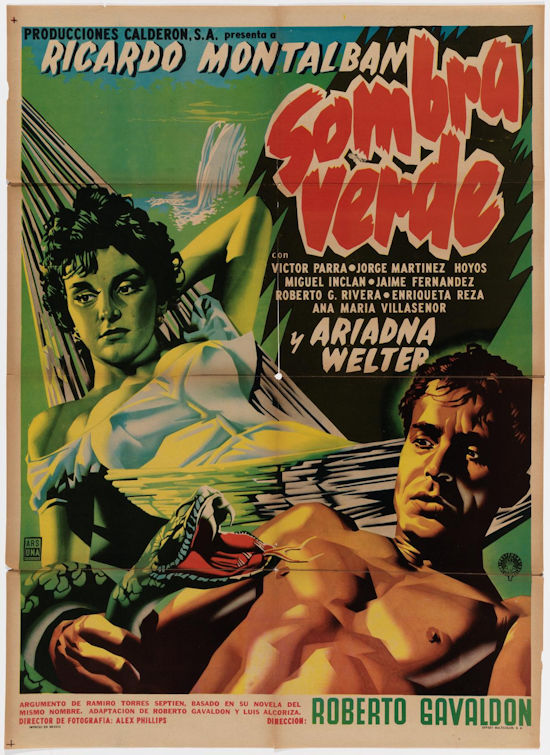 I saw this poster at Dos Perros restaurant in Durham and had to see the film! Luckily, Netflix could provide.