A pulp fiction author, whose noble instincts seem out of place after WW II, searches for an old friend.  The shadowy rubble of partitioned Vienna gave a chill to American audiences, clearly foreshadowing the maze of Cold War panic and paranoia.  “A fun-house Casablanca…set in the broken heart of Europe–an uncanny Vienna populated by a multi-national assortment of rogues and fools” (Village Voice).

May 2015 was the centennial of the birth of one of American cinema’s most troubling cinematic geniuses,  Orson Welles.  We celebrated with a screening of Citizen Kane in November, 2015, and we begin the Winter Film Series with one of his most celebrated acting roles.  He could not have imagined that his greatest triumphs; the theatrical coups for the Federal Theater Project, including Macbeth with an entirely African American cast, the most famous hour of radio in history, the broadcast mock docu-drama War of the Worlds and his brilliant film debut, Citizen Kane, would be over by the time he was 27. His second film, The Magnificent Ambersons, would be butchered in the editing room by RKO while he was in South America filming a documentary at the behest of the US government’s “Good Neighbor Policy.” It’s All True was never finished, and Welles gained the unjust reputation of being financially wasteful and unable to complete his projects. He spent the rest of his career using his prodigious talents to raise money for his own films. The unpretentious auteur of Citizen Kane could occasionally be found guest-hosting for Johnny Carson, and shilling for jug wine.  Yet, his reputation has only grown over the years, with the hope still alive that his final unfinished film, The Other Side of the Wind, might yet be completed.

The Third Man was directed by Carol Reed, the acclaimed British director of Odd Man Out and The Fallen Idol. Joseph Cotton, an old friend from Welles’ theater days, plays a writer of pulp Westerns whose noble instincts are out of place in a complex political arena he can’t possibly comprehend. Vienna is transected and administered by the former Allies in a puzzle of post-war deprivation and paranoia.  Screenwriter Graham Greene worked occasionally as a spy in real life, and brought this experience to his thrillers. Director Carol Reed spent WWII shooting documentaries for the British Army. The shadowy rubble in partitioned Vienna gave a neo-realistic chill to American audiences unable to visualize life in a shattered Europe, the residents mourning their millions of dead. The Third Man continues to influence American film noir, and neo-noir.  Steven Spielberg’s Bridge of Spies (2015) starring Tom Hanks, seems to exist in the same universe. 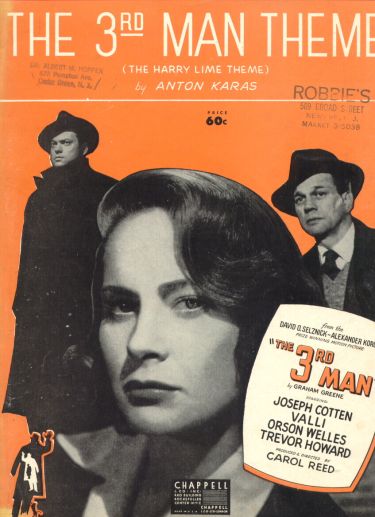 Welles acted in The Third Man to finance his film of Othello. His desperate need for cash prompted him to choose a quick $100,000 for ten days work, instead of a percentage of the gross. The film became an international hit, and the jaunty theme, played by Anton Karas, a zither player Reed discovered in a Vienna café, became practically inescapable. Welles bemoaned the fact he could have retired on the unmade money. Still, it was the only movie of his that he could ever stand to watch on television. He wrote his own dialogue (Greene credited him in the published screenplay) and added a few directorial touches, but firmly said Reed was the creator of the film. The film received three Oscar nominations, and won one, for Robert Krasker’s cinematography. This is the only film on both the American Film Institute and British Film Institute’s list of 100 Greatest Films; it is #1 on the British list.

In his autobiography, Vanity Will Get You Somewhere, Cotten wrote at length about the filming of The Third Man. The night-time illumination of the shattered Viennese squares took a great deal of time, and the cast spent the many hours between dusk and dawn waiting for camera set-ups to be completed. No final scene was ever written, and Reed shot the end without telling his leading man his intentions. The perfect conclusion doesn’t reveal Cotten’s panic as the camera rolls and rolls; afraid that he had forgotten what the director told him he was supposed to do. 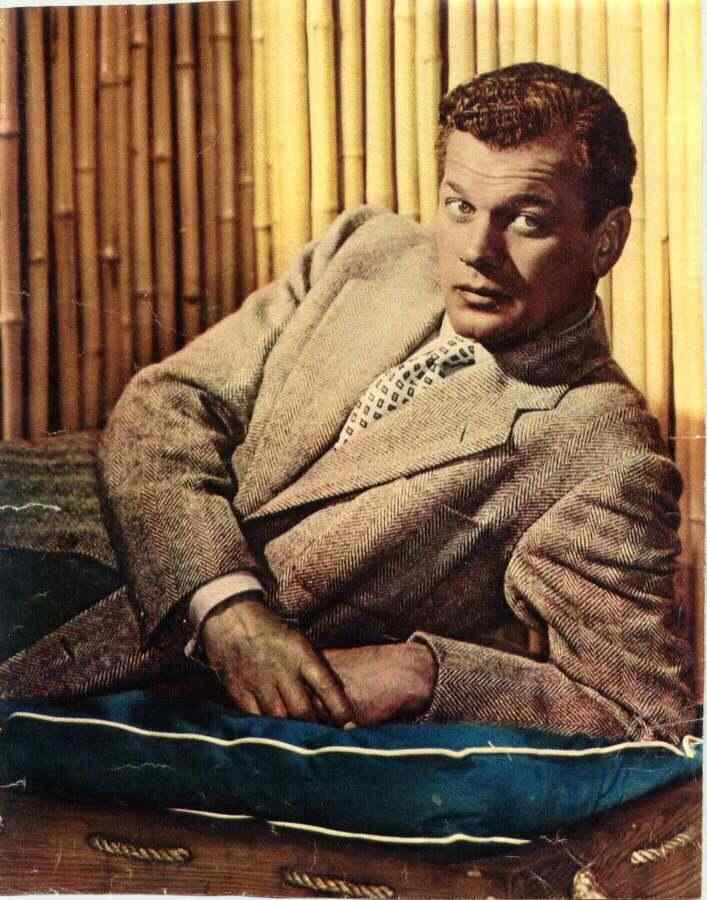 Welles’s entrance in The Third Man is one of cinema’s most memorable ones. Cotten wrote of it, “King Vidor, one of our cinematic giants, always said that in the history of films, every great moment that shines in memory is a silent one.” Welles said, “What matters in that kind of role is not how many lines you have, but how few. What counts is how much the other characters talk about you. Such a star vehicle is really a vehicle. All you have to do is ride.”