A documentary-style drama about the Algerian War of Independence (1954-57) The Battle of Algiers uses a hybrid technique to tell a compelling story. An Italian-Algerian co-production in a Neo-Realist style, the film blends professional and non-professional actors in a tale of urban terrorism. The faithful recreation of events, military action, acts of civic courage, incidents of terrorism in all the varying shades of grey are rendered in this unforgettable film. Yacef Saadi, the former leader of the Algerian Resistance Movement is the producer of the film–and plays himself. He said, “I have substituted the camera for the machine gun…the idea of reliving those days and arousing the emotions I felt moved me greatly. But there is no rancor in my memories. Together, with our Italian friends, we desired to make an objective, equilibrated film that is not a trial of the people or of a nation, but a heartfelt act of accusation against colonialism, violence and war.” (Michalczyk). Robin Buss calls it, “The best European film ever made on the subject of relations between a colonial people and a colonial power.”

French settlers arrived in Algeria in 1830, and waves of immigration continued through the 19th century. The French did not mingle with the local population, and subjugated them through menial jobs and widespread unemployment, limited educational opportunities and inadequate housing. These policies caused seething indignation and set the scene for rebellion. And, it should be noted that these are exactly the same economic circumstances which led to the recent riots in France, perhaps by the grandchildren of the people depicted in this film.

Two million young French men were drafted into the divisive conflict in the 1950s, yet state censorship prohibited French filmmakers from even mentioning the war in Algeria. National cinema was unable to portray outrages such as the French military condoning the use of torture, or the illegal death sentences of Algerian prisoners. An Italian director, Gillo Pontecorvo, depicted in a style alternately sweeping and intimate the struggles of the FLN (Front de Liberation Nationale) against the French military.

Pontecorvo is the rare filmmaker who incorporated virtually no autobiography in his work. He was born in Pisa, Italy, in 1919 to a wealthy Jewish Industrialist family. He was one of ten children; the boys were encouraged to take up the sciences, and the girls, literature. He was uninspired by his chemistry courses at the university, but did make important anti-Fascist friends there. He went to Paris because of anti-Semitic laws in his native country. He was a journalist for left wing publications prior to WWII, and joined the Italian Communist party in 1941. The Communists were the major anti-Fascist force in Italy during the war, and Pontecorvo became a Resistance fighter, in fact he was the leader of the Resistance fighters in Milan. He saw Roberto Rossellini’s neo-realistic film about the war, Paisan, and said it was like being struck by lightening. He then began to use his journalistic skills in filmmaking, rather than reporting. After the war, he became an assistant director and financed on his own 15-20 short documentaries shot on 16mm. He officially abandoned the Communist party after Russia invaded Hungary in 1956, but he was a life-long Marxist.

In 1965, Yacef Saadi, the former leader of the Algerian Resistance movement and the President of Casbah Films, visited Italy in the hope of initiating an Italian—Algerian co-production about the Algerian War of Independence. He spoke to three directors. Francesco Rosi had prior commitments. Luchino Visconti wasn’t interested. The third director was Pontecorvo, asked, perhaps, on the basis of his previous film, Kapo, which dealt with resistance within a German concentration camp. Pontocorvo was extremely enthusiastic about the project. He spent six months on research, interviewing both the French military and the Arab revolutionaries. The guerillas/terrorists gave them precise information on how they carried out their missions. Although not a documentary, the incidents, along with their dates and times were faithfully recreated and shot where they had occurred. The mostly non-professional cast was extremely dedicated and Yacef Saadi, the producer, played himself as Jaffar, the leader of the Revolutionaries. He had been condemned to death for his activities, but was later pardoned by French President de Gaulle. Harder to engage were the female actors, whose activities were restricted by Muslim tradition, and the sequence with the three women bombers is perhaps the most memorable in the film.

The grainy footage was achieved by making a negative from the film positive, and long lenses gave the impression of surveillance, or the 16mm films on which the director had shot his earlier documentaries. Pontocorvo edits, dramatizes and telescopes events, which some reviewers remarked made it different from a “real” documentary, not realizing that documentarians frequently do the exact same thing. Critic Pauline Kael felt that the director was a “Marxist poet” which made him particularly dangerous as a filmmaker. He felt by rearranging events to make a compelling narrative he was valuing honesty above absolute truth.

The film is, to a certain extent, propaganda. It was meant to be provocative—and it was. The French boycotted the screening at the 1966 Venice Festival, and boycotted again when the film won the top prize, the Golden Lion. The Oscar nomination the director received for this film brought him into the Hollywood orbit, where his next, and considerably less successful film on the subject of colonialism was, Burn! starring Marlon Brando. The Battle of Algiers was banned and not screened in France until the early 1970s. The Black Panthers supposedly screened it for educational purposes in 1970, and it was used again as a primer on urban warfare by the Pentagon, who screened it at the beginning of the Iraq War. Apparently lost on the American military was the lesson that once national identity is aroused, insurrections cannot easily be squelched.

Pontocorvo said, “Movies are movies. The cinema is the most important of the arts, as Lenin said, but in any case it is still an art. It is not, directly, action.” (Michalczyk). 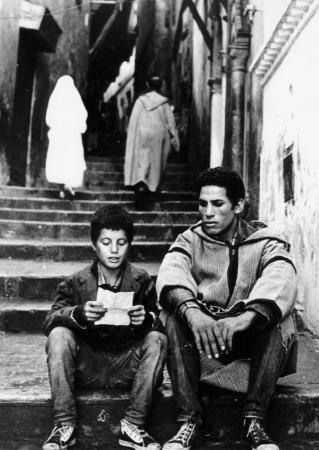