Mild mannered professor Beauregard Bottomley is refused a job by the owner of Milady Soap (a loony Vincent Price). Bottomley plots revenge; he’ll break the bank on the quiz show they sponsor, Masquerading for Money. This hilarious satire’s rib of big business dates from television’s infancy.

Champagne for Caesar was produced by independent producer Harry Popkin and had a brief theatrical release. Then—appropriately—was sold straight to television. Popkin was an unscrupulous character. He paid his actors a flat fee of $25,000 for the picture, with the promise of another $75,000 and a percentage of the profits supposedly guaranteed by contract. Needless to say, nobody ever saw another dime. Colman even sued. R. Dixon Smith wrote, “Colman’s daughter recalls that whenever her parents drove past Popkin’s home in Beverly Hills, ‘Ronnie and Benita would shake their fists and we’d all join in with ‘That’s where that SOB Harry Popkin with all my money used to live!'”

This was the last film in which Ronald Colman played the romantic lead. He was born in the Victorian age, in 1891. An unenthusiastic student, and after finishing schoolwas glad of the excuse of WW I to leave his boring office job to join combat in France in a regiment known as “The Ladies from Hell” owing to the fact their uniforms were kilts. He was wounded and discharged from the service, and fell into an acting job, in part because of his good looks and mellifluous voice, even though he still walked with a pronounced limp from his war injury. Acting allowed a shy young man to show off in ways disapproved of in polite society, and he was hooked. After some success on the stage in Britain, he was discovered by Lillian Gish and cast as her sensitive Italian lover in the silent film, The White Sister in 1923. On the boat to Italy, Gish and her director, Henry King, coached him in the difference between stage and screen acting. This was not his first picture, but his earlier films had flopped because of his stage bound acting style, and he was grateful for their kindness and their craft.

He had a very successful career as a silent leading man, playing in romances, comedies and drama, his most well known being the foreign legion perennial, Beau Geste. Thanks to his extensive stage experience, he was one of the few leading men to smoothly make the transition between silent and sound films. In his first talkie, Bulldog Drummond, he played a gentleman detective, and his characters were often suave, witty and cultured. He only made 27 sound films, but some of them, like A Tale of Two Cities, Lost Horizon, and The Prisoner of Zenda are among the most well loved pictures of the 30s and 40s. In 1948, he won an Oscar for A Double Life, playing an actor who took his role as Otello a little too seriously. He had not made a film in two years when he played Beauregard Bottomley. All that remained in his film career was a cameo in Around the World in 80 Days, and a small role as “The Spirit of Man” in The Story of Mankind. 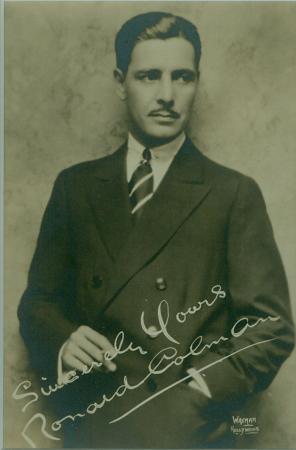 A souvenir photo mailed to Miss Jane Hendricks in the 1920s

Vincent Price was born into upper middle class comfort in St. Louis MO. His grandfather invented baking powder, and his father owned a candy manufacturing company. Because penny candy was one luxury people could still afford during the Depression, Price’s family continued to prosper. He went to Yale, and then on to study art history in London. He had many friends interested in the theater, and he auditioned for the play Chicago, winning two small parts because of his American accent and his ability to teach the cast how to speak their lines while chewing gum. He belonged to a theater club, which gained the rights to perform an important new play, Victoria Regina, because depictions of the British Royal family were banned in the legitimate theater. Much to his surprise he was cast as the male lead, Prince Albert. He practiced Albert’s German accent and researched his character, and he got rave reviews. When Helen Hayes wished to star on Broadway in the title role, the author made it a condition that Price play the Prince Consort. His success on Broadway led to Universal signing him as a romantic leading man in the late 1930s.

His roles turned out to be mostly character parts, not heroes. Price, already wary of being typecast as a heavy, jumped at the chance to play a comedy role in Champagne for Caesar. His daughter writes in her biography, “Vincent’s friends, family and co-stars had long enjoyed his ribald sense of humor and devastating wit, but he had few opportunities to show this side of himself in his acting until his good friend, director Richard Whorf, gave him this chance to break away from his usual assortment of villains.” He also loved playing opposite his idol, Ronald Colman. Unquestionably, Price steals the picture with his unbridled (and unexpected) madness. Just a few years later, his leading part in the 3-D extravaganza House of Wax began a cycle in which Price would be forever identified with horror films. Although his films became increasingly schlocky, he always appreciated the fame these roles brought him, and enjoyed his fans from younger and younger generations. One of these fans, Tim Burton, would cast him in what would be his last movie role, in Edward Scissorshands. Price was grateful that his last screen appearance was in such an excellent film. 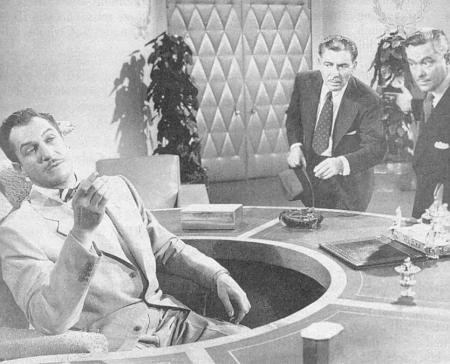 Celeste Holm, who plays the intellectual vixen, Flame, is still alive, and still working as of last year, at the age of 90. She won the Best Supporting Actress Oscar for her role in Gentleman’s Agreement opposite Gregory Peck in 1947. She’s remembered today most often as Margo Channing’s best friend in All About Eve, the film she made immediately after this one. Shortly after that, she left Hollywood to return to the theater, weary of what she felt was her typecasting as the wise-cracking best friend. 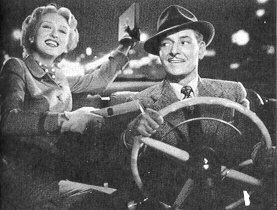 Director Richar Whorf had originally been an actor; he had been signed at Warners in 1940 as a sort of second string John Garfield. Champagne for Caesar was probably his best film as a director, although he went on to a long career directing TV episodes in the 1960s.

There are many bizarre details in the film, such as two of the women being named “Frosty” and “Flame,” adding to the lively atmosphere. Those who remember Art Linkletter as the host of television’s House Party (the 1950s version of Oprah) may find it odd for him to be cast as a lover boy. He is not very convincing, but I believe that Beauregard’s sister simply decided she had to get out of the house, somehow. R. Dixon Smith writes,” The picture emerges as one of Colman’s finest comedies. The Devil to Pay and The Talk of the Town were better crafted, but also decidedly less hilarious.” 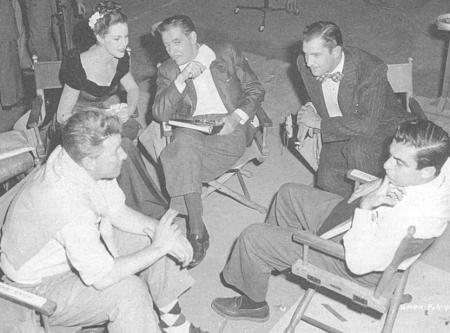 Critics in 1950 didn’t “get” Champagne for Caesar. It was the first satire of television, a mysterious box that in 1950 not everyone had in their homes. The National Legion of Decency gave the film an Adults Only rating. One can only speculate on what was so offensive. It was filmed at a time when there was a great deal of trust in institutions like big business and the media. But, the satire that seemed baffling half a century ago now seems right on the mark in a more cynical age. I first saw this film at a film collectors’ convention, and it was harder to find a print of this film than any of the others in the series. Media satires are hardly unusual anymore, and I think it’s interesting to see where it all began.

(Photo of Holm and Colman from Daniel Blum’s Pictorial History of the Talkies, others from Frank.Portrait of Colman from Moviediva’s collection. Sources include, Ronald Colman, Gentleman of the Cinema by R. Dixon Smith, Ronald Colman, A Bio-Bibliography by Sam Frank and Vincent Price-A Daughter’s Biography by Victoria Price.