A shabby LA PI is sucked into an amnesiac’s nightmares about a 1940s murder case.  This underrated thriller channels Hitchcock’s dread and obsessions, meshing melodrama and wry wit, spiraling between now and a past—shot in film noir black and white. “It puts the fun back into suspending your disbelief…by the end, Dead Again accomplishes what few contemporary thrillers do: It truly thrills” (Entertainment Weekly).

Alfred Hitchcock’s films are so distinctive, visually, psychologically, musically, you think they would be easy to imitate.  But they’re not.  It isn’t the thrills alone, but the juxtaposition of humor and the investment in the characters.  Is this a noir, or a supernatural romance, a modern gothic, a Hitchcock homage or a film by Shakespearean Branagh?  It’s all of those things, and a bit more. 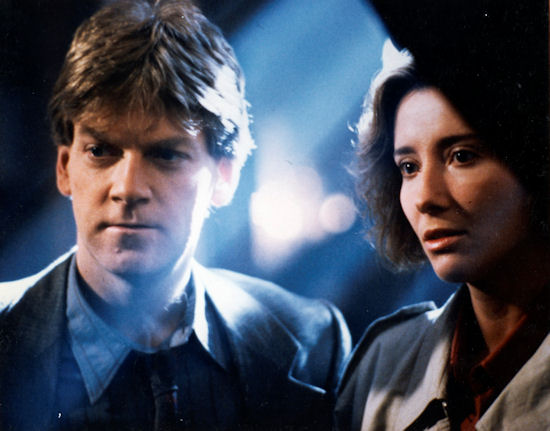 Four films in this brief Fall Film Series are deeply concerned with the post-war exodus from Europe, in one way or another.  Notorious has fleeing Nazis, Dead Again has artists fleeing from Nazis.  Lured was directed by one of those ex-pat artists, based on a French film by another, and Panique deals with the repercussions of those who stayed, and collaborated.

After the enthusiastic NCMA audience response to Branagh’s Much Ado About Nothing, I wanted to share this very different film of his, also co-starring his then wife, Emma Thompson.  Branaugh and Emma Thompson were a very high profile show biz couple at the time; the Art House Brangalina (Brad Pitt and Angelina Jolie) as it were. They married in 1989 and divorced in 1995, after he had an indiscreet affair with Helena Bonham Carter, with whom he was co-starring in Mary Shelley’s Frankenstein. Thompson was a Londoner, educated at Cambridge and a winner of two Oscars, for both writing and directing. Branagh, born in working class Belfast, Northern Ireland, trained at The Royal Academy of Dramatic Art, and has been nominated for five Oscars, but has not yet won. 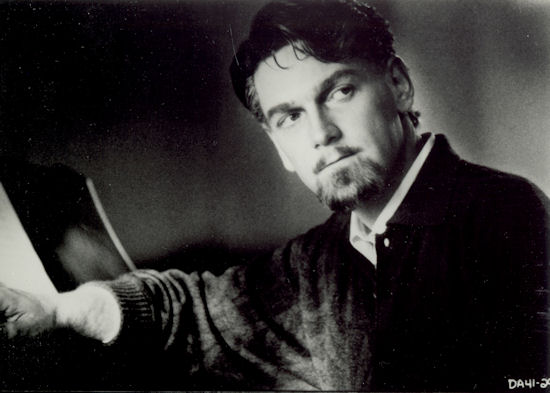 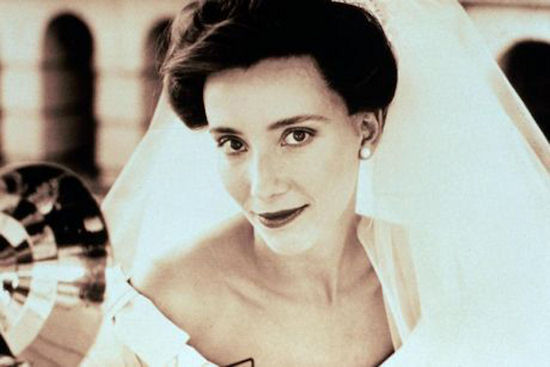 Branagh’s first film as a director was his acclaimed version of Shakepeare’s Henry V . Popular media immediately began to compare him to Orson Welles and Laurence Olivier, the latter also began his directing career with Henry V, directing and playing the title role.  “He’s been so saturated with praise that one suspects he’d even welcome a good healthy attack—but at this stage, the only reason to attack him is envy” wrote F. X. Feeney in 1991.  One might add, so many years later, be careful what you wish for.

The Dead Again script arrived from writer Scott Frank “the least bitter screen writer alive” (Feeney 24) and Branagh was “reminded once again of the power of a good narrative, which was Shakespeare’s supreme strength” (Striner 158).  He wanted to make “the kind of motion picture I grew up watching on television, especially the Hitchcock pictures.  If you watch Vertigo now, or Notorious, they’re kind of outrageous” (Hanson 177).   There are also shivers of Double Indemnity, Rebecca, Psycho, Dial M for Murder, and for me, most strongly, Spellbound. This was only the second screenplay by Frank, who adapted Out of Sight, Get Shorty, Minority Report, and most recently, Logan. 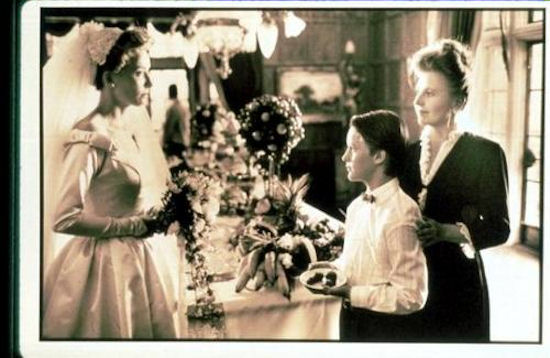 Branagh said, “The key tricks are slight of hand.  You mustn’t give people too much time to think.  They must be carried along by the excitement, by familiar images which we’ve hopefully reinvented with the power that they require.  The woman without a name.  The murder mystery.  The sort of Joseph Cotton protagonist in grave danger.  I wanted to go for the style of those pictures.  A feeling of period, a strong sense of fine verve and style, the audacity of late ‘40s movies” (Feeney 48).

He had wanted to cast Donald Sutherland as Franklyn Madson, which would have been an interesting link with another supernatural thriller, Don’t Look Now.  When he cast his friend Derek Jacobi, who had been in Henry V, he incorporated a lot of little in-jokes, like the number on Roman Strauss’s death row uniform is the date of the Battle of Agincourt.  Jacobi, and Robin Williams (unbilled, because he didn’t want people to think it was a comedy)  are allowed long takes to delineate their characters. 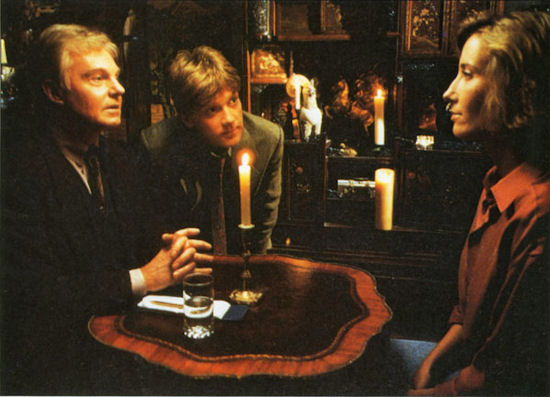 The dramatic cinematography is by Matthew Leonetti; Branagh said that only after the film was completed was the choice made to do the flashbacks in black and white.  But, the film noir parts are so perfectly lit for black and white, this is a bit hard to imagine.  Worried that for his second film people would shy away for fear of an art house film, Branagh wanted to work with a cinematographer with his experience in contemporary thrillers, like Jagged Edge and Eyewitness.  He also shot  Fast Times at Ridgemont High and Breaking Away.  Leonetti’s recent credits, like Dumb and Dumber To are not nearly as impressive.

“We wanted opulence, with a heightened quality…I felt that we could have a little bit of—it’s a bit of a cliché—Hitchcockian license, to do a few funny, odd things.  I would say to Matt, ‘Id’ like to do this or that for this scene, but if you’ve got some unusual angle for me to look at, or if you see something weird, something in foreground that we can do that I’m missing, speak up, for Christ’s sake, because we can’t go too far in this movie” (Heuring).  Branagh may not have had the technical jargon to describe what he wanted, but it was enough for Leonetti to spark off of.

“Someone once described directing to me as being pecked apart by 1000 pigeons on a daily basis, and with the best of intentions, that’s what happens.  What about this costume?  What about the setup for next week?  What about the color for the next set? What about the location parking?  Matt was a very calming influence in all that.  He’s not a panicker” (Heuring). 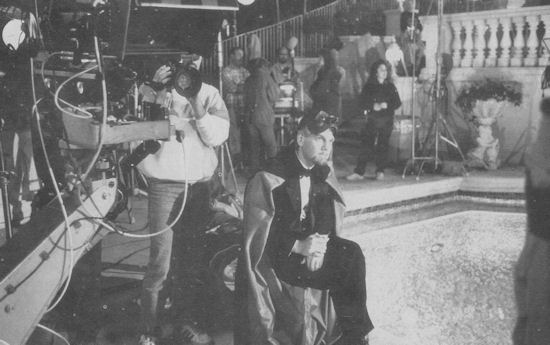 He asked composer Patrick Doyle to provide a score in the style of Bernard Hermann, whose music for Hitchcock’s films is practically another character.  “By the end, we must have earned the right to use an opera with crazy, mad, demonic voices typing up the movie” (Hanson 178).  You can spot Doyle on screen as a cop in an elevator.  He went on to score many familiar films, including many others for Branagh, including Much Ado About Nothing, as well as Harry Potter and the Goblet of Fire, Thor and Brave.

The screenplay was shot word for word, another Hitchcock trademark.  But Frank was surprised when he saw his work on screen.  “He brought a view, a take on it, that had a real power apart from the writing” (Striner 158).

The film cost $15 million and made $50 million. Branagh’s career has continued the trajectory of both acting and directing, and of course his new version of Murder on the Orient Express, much anticipated by me, is set to open next month (November 2017).

“There is, it has become clear by this point, no such thing as “too much” in Dead Again…Branagh is leaning in to his genre, pushing each moment, elongating the beats, taking pleasure in toying with us purely for the pleasure of toying with us. His film is both a good mystery movie and a good movie-movie; its sheer “movieness” is what gives the picture its kick. As his career progressed, Branagh may very well have made better films than Dead Again. But he never made another one this fun (Bailey). 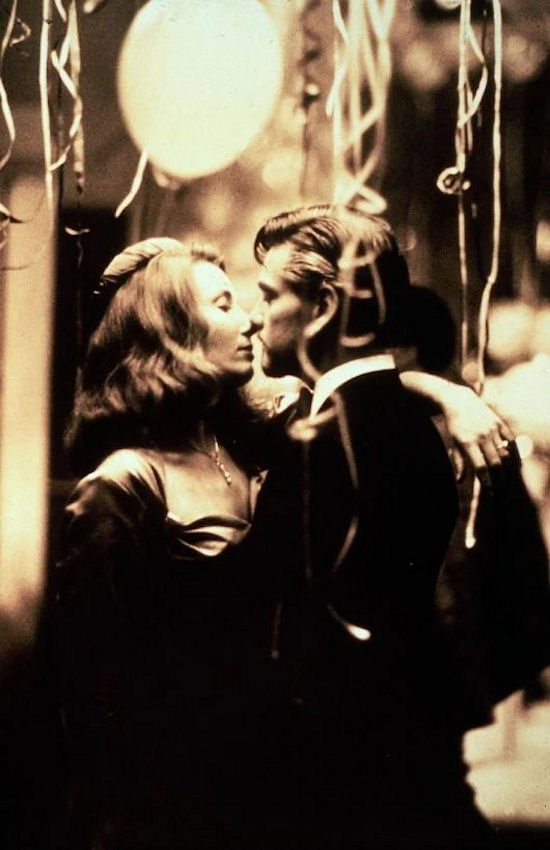