Ernst Lubitsch had long wanted to direct an American version of the 1933 German hit, Die schönen Tage in Aranjuez, in which Brigitte Helm (Metropolis’ Maria) was the star. She also made it in French, too, with young Jean Gabin.   When Lubitsch briefly became Paramount’s head of production, he passed along this long incubating project, now titled The Pearl Necklace, to Frank Borzage.  His job was to transform Dietrich’s image, to “bring the legend…down to earth” (Frewin 81). Instead of a mysterious beauty posed in a series of historical settings (some, only in her former mentor Josef von Sternberg’s fevered imagination) she would star in a romantic comedy. 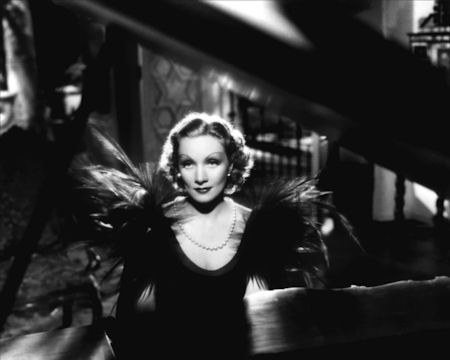 Lubitsch was enthusiastic about reuniting the stars of Morocco, even if Cooper expressed reservations about Edwin Justus Mayer’s “overly intelligent” lines (Dumont 235). Dietrich’s Madeleine’s partner in crime, Carlos, was originally supposed to be played by former matinee idol and top silent star John Gilbert, his career in tatters since the advent of sound.  In fact, he was currently living with Dietrich, who was trying to help him overcome his alcoholism and regain his footing in Hollywood.  He made a Technicolor test, since the film was supposed to be in color.  But the stress of performing, and the advanced state of his disease, triggered a series of heart attacks and he was replaced by the much less charismatic John Halliday.  Gilbert resumed his self-destructive drinking, dying by the time the film was completed. 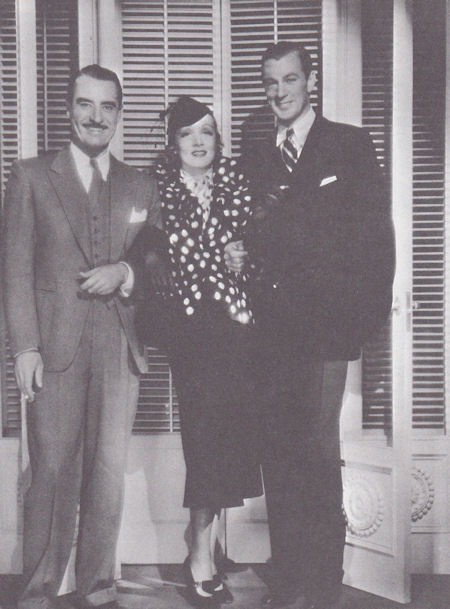 John Gilbert, Dietrich and Cooper posing in hopes of working together.

Marlene Dietrich had just ended her long association with her director Josef von Sternberg.  Their collaborations were visually extravagant, unlike any other films ever made, obsessed with Marlene’s sexual allure, as expressed in peerlessly bizarre costumes and atmospheric photography.  Desire was a kind of liberation for her as an actress.  The New York Times critic wrote, “For the first time (in an American film) she is permitted to walk, breathe smile and shrug as a human being instead of being a canvas for the Louvre” (Walker 135).

Working with Borzage was quite a bit different than von Sternberg.  Her director said, “The first day, Marlene Dietrich was surprised when I didn’t take 70 or 80 close ups.  I made one, finally I made another, I thought it would please her” (Dumont 235).  He was most enthusiastic about all the cooking she did for the cast and crew, bringing lavish spreads to the set that she had started preparing at 4:30 am.  Her daughter reported, “My mother calmed down and treated her director through the whole film as though he were Lubitsch’s office boy.  Fortunately,  Borzage was not an egotistical man.  He quietly sucked his habitual pipe, listened attentively to everyone, then went about his business of bringing his film in on time and on budget”  (Riva 371). 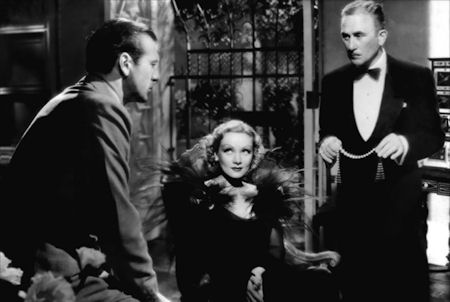 She said it was the easiest film she ever made.  “Until Desire, I have always had to conceal my feelings and still show that I loved the man, whoever he was.  This is the most difficult thing of all.  Nothing is easier to play than straight sentiments.  Mr. von Sternberg never let me play love scenes—not ordinary ones, I mean with hugging and all that, because he hates ordinary love scenes”  (Walker 126). 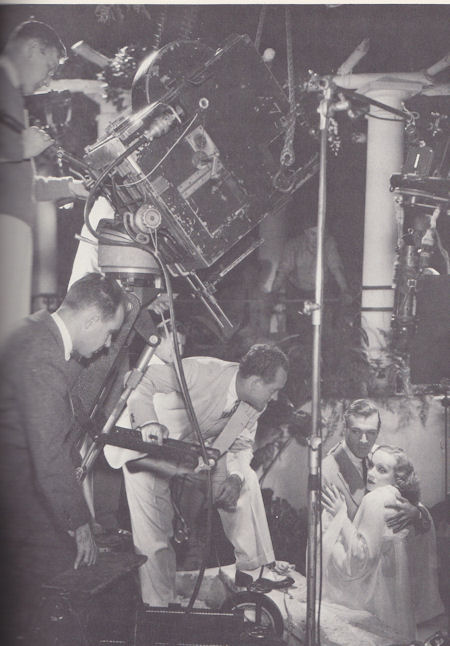 Her clothes were still designed by Paramount’s resident costume genius, Travis Banton, and they collaborated closely on the designs. Dietrich’s daughter, Maria Riva remembered their conversation about a seductive negligee,

“Why don’t we make a bias cut, in chiffon? Then it will fall against the body…”  “We can do a bias cape, maybe border it in fur—to weight it? “That’s very good.” Travis beamed, She continued. “But, we need a long line underneath.  How about putting in some gathering over one knee, so it can break, and continue the line down from the thigh?” “Dear, what about using some really gorgeous white fox?” “But double width, otherwise it will photograph ‘poor.’ We must taper down so the skirt is tight. At least, I am really thin for this picture. I told Jack that the one good thing that came out of his heart attack—I don’t have to worry about being too fat for the clothes.” “Can we have a long train, dear? Not necessary, but it would give it a pedestal look in the long shots and on the stills.” If you ever have a chance to see Desire, take a good look at the white chiffon creation those two consummate artists concocted!  Seduction and sublimity make a heady potion.  Dietrich leaning against that French door, swathed in fox and chiffon is quite intoxicating. (Riva 370). 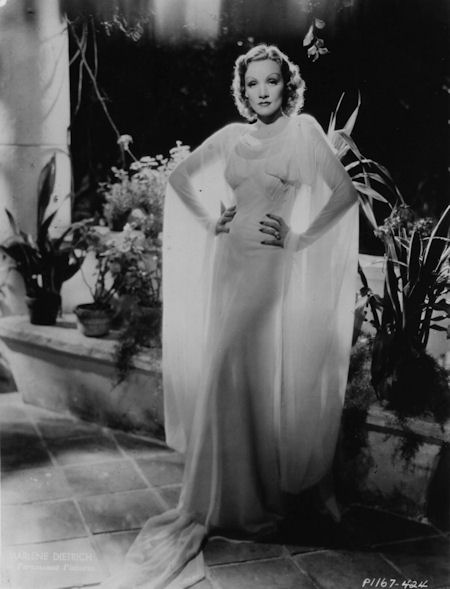 They also designed the blazer ensemble which would later be praised, since, Banton was trying to design for Dietrich a wardrobe of fashionable, contemporary clothes.

“Travis, she can’t wear trousers, but—a man’s blazer?…Double breasted, maybe in a blue linen, not too dark, with a straight white skirt. For that, I have shoes!  You won’t believe this, but I wore them in Berlin in a play—and they are still modern today!  Like the ones you liked so, but in white, with lizard.  At least in this film, we will see the shoes!” “Wonderful, Marlene.  We can use mother-of-pearl buttons o the jacket to accentuate the cut.  Maybe even a carnation in the buttonhole?” “If we can get away with it, yes!  That whole scene is so stupid, at least this way there will be something interesting to look at” (Riva 371).

No longer fantastical, her clothes were now the sort of things that (some!) women might actually wear. Fashion writer Eugenia Sheppard wrote in the 1960s that her double breasted jacket worn over a tailored white dress “marked the beginnings of today’s good taste” (Walker 126). Dietrich loved that outfit, and wore it repeatedly in her private life. 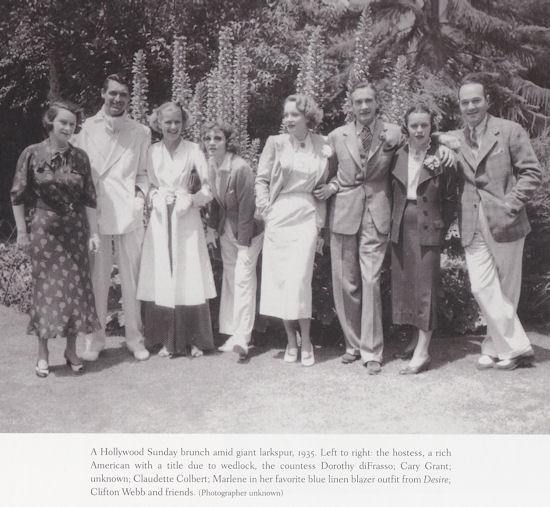 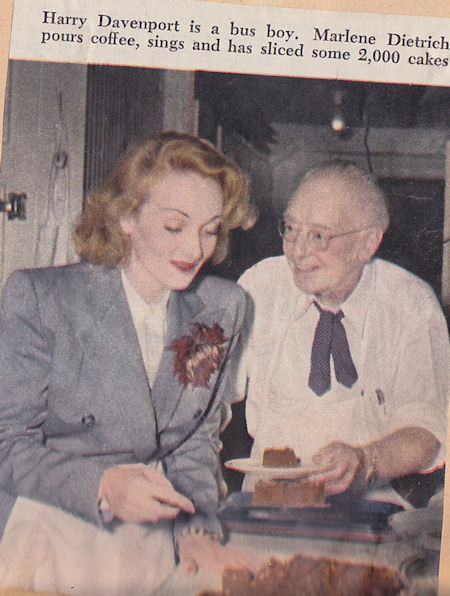 Fan magazine photo. She wears her Desire blazer while working at the Hollywood Canteen during WWII.

Gary Cooper, who had shared an onscreen and offscreen spark with Marlene Dietrich in Morocco, balked at playing sophisticated comedy, not at all his forte, he believed, especially after the lukewarm reception he had received for Lubitch’s adaptation of Noel Coward’s Design for Living.

“Very well, Gary, do not try to be clever.  Just say the lines straight, and give them your own sweet personality, and they will be excellent comedy lines” Lubitsch told him (Swindell 186). Cooper, of course, played  Tom Bradley with ease.  The Montana cowboy with the English boarding school education knew how to be innocent and sophisticated at the same time.
1936 was a big year for him, this film, considered by many to be his finest comedy performance, and next up, one of his classics, Mr. Deeds Goes to Town, in which he reforms not a wayward jewel thief but corrupt society as a whole. 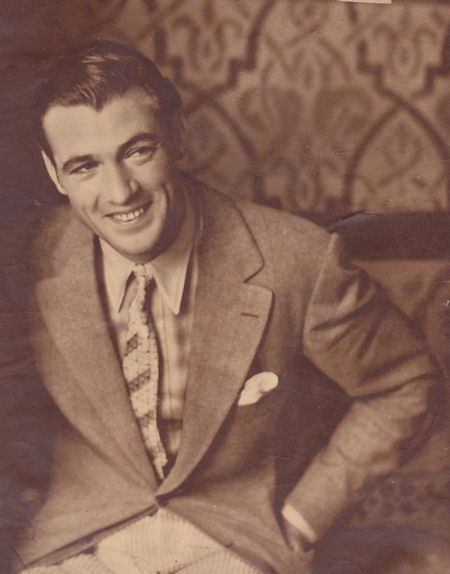 Stock shots in Europe were shot in Paris, Mougins, San Sebastian and Toledo, Spain. “The screenplay had been polished to a sheen for the better part of a year by Edwin Justus Mayer, Waldemar Young and Samuel Hoffenstein, every page glittered with what had long been known as ‘The Lubitsch Touch.’” (Bach 204).  The shooting schedule was relatively leisurely, three months, with a budget of about  $1, 400,000, the film was made in black and white, not color, after all. Two million dollars worth of jewels were closely guarded, some of them, including giant emeralds, were Dietrich’s own jewels, along with a borrowed  $75,000 pearl necklace.  Dietrich’s daughter said sometimes Pinkertons (security) outnumbered the crew. Both Lubitsch and Borzage collaborated closely with the writers on the script. Some thought Lubitsch had shadow directed under Borzage’s name.  Dietrich affirmed half a century later, “Borzage was the only directory of Desire.  I was very fond of him” (Dumont 236). Clearly, as intended, Lubitsch’s witty sophistication blended harmoniously with Borzage’s humanity. 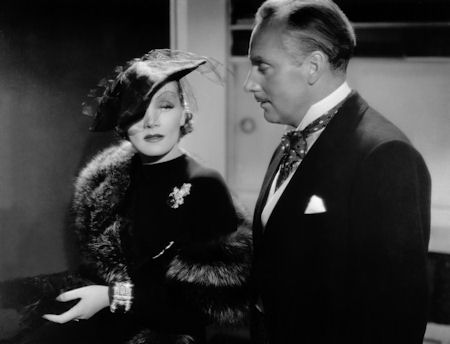 The film was submitted, as all films were, to the Production Code Administration, stated firmly that the time they spend in Aranjuez must show “a clean love affair” with “no sexual relationship” (Dumont 238).  The filmmakers, as you will see, did not exactly comply.  Even a contemporary reviewer, in Time magazine said, “the reason why the picture was approved by the Hays organization is that its agents were not sophisticated enough to understand it” (Dumont 238).

The film was not very successful in the US, but was a huge hit in Europe.  Film critic and novelist Graham Greene declared, “Desire is the best film in which Miss Marlene Dietrich has appeared since she left Germany, and the most amusing new film to be seen in London this week” (Dumont 240).  One of her big European fans was Adolph Hitler, who sent Joachim von Ribbentrop to ask her to “come home to the Reich” and the Fuhrer would decorate her.  Because of her unprintable response, this would be the last of her films shown in her homeland until Hitler’s defeat. 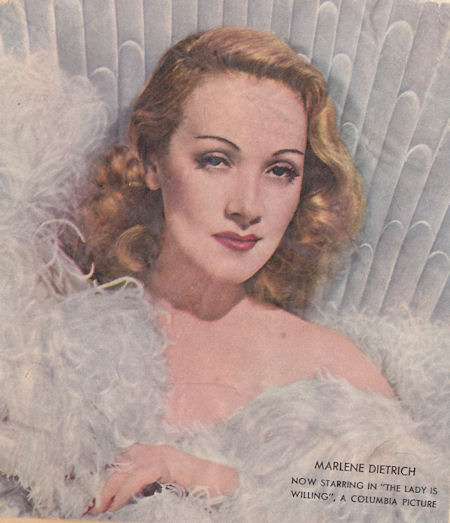 The lavish romanticism of the film makes this a perfect Valentine’s Day treat.  As Stephen Bach notes, when Marlene is in full seduction mode, “You want to be him (Cooper) and you want her to stay her (Dietrich).  “This kind of chemistry appears only rarely in a decade, and makes sense of the whole star system” (Bach 208). 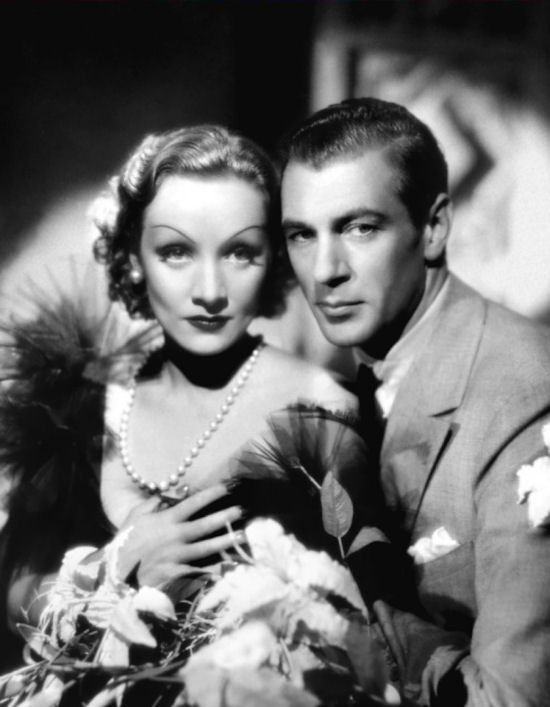 Photo of Gilbert, Dietrich and Cooper from Dickens, “Hollywood Sunday Brunch” from …Photographs and Memories…, Borzage filming from Riva.