M is an early German sound film masterpiece, a true-crime story based on the unspeakable acts of a serial child-murderer. When nightly police raids fail to find the criminal, disrupting thieves’ and beggars’ “business as usual,” the underworld mobilizes to find him themselves. Peter Lorre, in his first major film role, played the killer to perfection. “Writhing under Lang’s direction, Lorre developed a performance as skin-crawling as a clammy sheen of sweat” (Patrick McGilligan).

Fritz Lang was born December 5, 1890 in cosmopolitan Vienna, Austria. Uninterested in his schoolwork and disdaining his parents’ plan for him to become an architect, he drew and painted, idling in cafes and cabarets. He was drafted into the Austrian army during WWI and wounded. Recovering in Berlin, he did some acting and wrote short stories and screenplays, selling a few to successful director Joe May. Lang hit it off with Producer Erich Pommer, who gave him a job at his Decla studio where Lang could learn filmmaking from the inside out. He wrote and directed popular adventure films made in two parts and screened on successive evenings, including Die Spinnen (The Spiders) (1920) and Doktor Mabuse, der Spieler (Dr. Mabuse, the Gambler) (1922). His imaginative retelling of Die Niebelungen (1924) (also in two parts, Siegfried and Kriemhild’s Revenge) was based on Germanic myths and the operas by Richard Wagner.

Metropolis (1927), with its glittering futuristic landscape, stunning crowd scenes and the Robot Maria’s electrical metamorphosis from a metal woman to one of flesh and blood, continues to influence science fiction films today. Indeed, a recent Japanese anime hijacked the title of Lang’s film, no doubt hoping to steal some of its glory. Some silent directors panicked at the advent of talkies, but Lang understood that story telling was tantamount. His creative and selective use of sound in M was confident and compelling. Sequences are often silent except for the sounds Lang wishes you to hear. He considered it to be almost a documentary, conforming to Die Neue Sachlichkeit—the New Objectivity–a revolt against the expressionistic styles that dominated German silent cinema. The blend of dramatic imagery and terse police procedural contributes to M’s impact. Lang never showed the murders, so viewers could conjure their own horrible images. There was no conventional music track, although this was not unusual, many early talkies lacked them. But, there is a melodic signature, in the murderer’s incriminating whistling of “The Hall of the Mountain King” from Edvard Grieg’s Peer Gynt, (symbolically, Peer Gynt saved his own life by allowing another man to drown) dubbed by the director himself.

Thea Von Harbou was both Lang’s wife and collaborator. She began to write his film scripts beginning in 1920. By 1930 their personal relationship was strained, although he still relied on her professional skills. “I discussed with my wife, Mrs. Von Harbou, what was the ugliest, most utterly loathsome crime and we thought at first it was the sending of anonymous letters—I think we even started to write a synopsis. But then, we both decided that the most horrible crime was that of a child murderer” (Bogdanovich).

Peter Kurten, the “Vampire of Dusseldorf,” was the inspiration for the fictional murderer, Hans Beckert. Kurten was one of a trio of repulsive serial killers whose crimes riveted Germany in the period between the two World Wars. Lang described 1920s Germany as suffering from “the deepest despair, hysteria, cynicism, and unbridled vice.” Nazi paramilitary groups wreaked havoc and the government neared collapse. There was widespread hunger, and inflation was so severe that money became worthless over the course of a single day. This societal chaos is reflected in Beckert, who is both victimizer and victim, and by the oppositional forces of criminality and the law. Kurten had been luring women and children to their deaths since 1924 and wrote taunting letters similar to those in M. Lang and Von Harbou researched the crimes carefully. They consulted with the German police, visiting murder scenes, and sharing insight not just with the policemen of Alexanderplatz in Berlin but of Scotland Yard in London. They visited the “beggars’ exchange” reproduced in the film, and spent time in prisons and mental hospitals interviewing sex offenders. Supposedly, there were real members of the Berlin underworld, criminal acquaintances of Lang’s, on the left side of the front row in the kangaroo court scene. 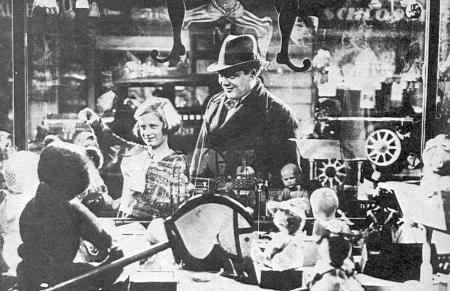 Originally, the film was called Morder Unter Uns (Murderers Among Us) a title Lang was forced to change at the behest of Nazi party officials who assumed it was a reference to them. Although the government censors passed the film, Lang feared the Nazis would soon discover his mother’s Jewish background. In 1933, Das Testament des Dr. Mabuse, a sequel to his earlier film, was banned. Called into a private meeting with Minister of Propaganda Joseph Goebbels, Lang was told of the film’s unsuitability but was then startled by an invitation to be the Nazis’ official director, due to Hitler’s great admiration for Metropolis and Die Niebelungen. “Mr. Lang, we decide who is Jewish and who is not,” Goebbels said. Lang declined this honor by hastily departing Germany for Paris and then Hollywood, where his American films continue to reflect his fascination both with crime and mob justice. Thea von Harbou divorced Lang and went to work for the Nazis.

Peter Lorre’s performance as killer Hans Beckert is central to M’s power. Lang and Von Harbou were looking for a new face, and they found one, the rather plumpish, rat-like face of Peter Lorre. He was successful in Berlin’s avant-garde theater, but, as Lorre said, “it never occurred to me that my puss could be photographed.” Von Harbou wrote the chilling monologue in which Hans Beckert explains the forces that drive him, “Nobody knows what it’s like to be me…” creating reluctant audience sympathy for a human monster. Lang was well known for his sadistic treatment of his actors, and perhaps he drove Lorre to the edge for his intense and haunting performance. The result was that he became an international star. As did so many others, Lorre fled the Nazi regime in the early 1930s and played a couple of notable roles in Alfred Hitchcock’s British thrillers before finding his greatest fame in this country as foil to the hulking Sidney Greenstreet alongside Humphrey Bogart in The Maltese Falcon and Casablanca. Lorre’s speech before the court in M was later taken out of context by Goebbels and inserted into the virulent anti-Semitic propaganda film The Eternal Jew as an ersatz confession of Jewish guilt. 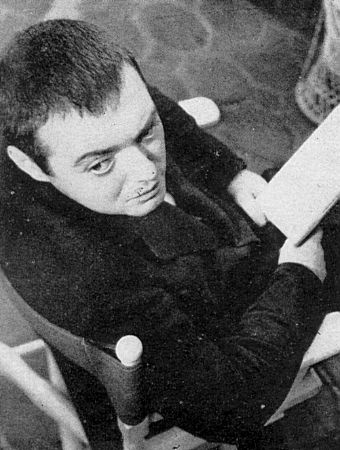 Throughout his life, Fritz Lang was concerned more with personal mythmaking than factual biography. “My private life has nothing to do with my films,” he often said. Like many directors who were revered in his later life, and interviewed repeatedly by admiring film school students, Lang had an opportunity to burnish his anecdotes to a fine glow. (In fact, the famous Goebbels incident is questioned by his most recent biographer). He even played himself in Jean-Luc Godard’s Contempt in 1963.

M was Lang’s own favorite among his films, and one that is still praised, “A film from 1931 whose power and originality seems startling and fresh today—a film that has not dated—M evidences not only the most advanced command of the camera, lighting and editing technique, but philosophically probes into the depths of sin and criminality, hate and redemption. It contains what must be ranked, still, as one of the ten greatest performances in the history of the cinema. Imagine all this, and one begins to imagine M” (McGilligan). 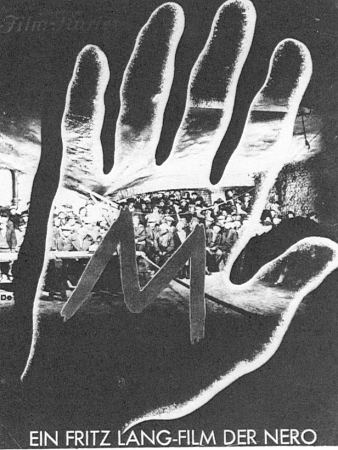 (Picture of Beckert and victim from The Haunted Screen by Lotte Eisner, Lorre out of character from May, 1960 Films in Review, poster from Ott. Sources include: Fritz Lang, Nature of the Beast by Patrick McGilligan, Classics of the Foreign Film by Parker Tyler, Films of Fritz Lang by Frederick W. Ott, Film Encyclopedia by Ephraim Katz, Videohound’s World Cinema edited by Elliot Wilhelm, Who the Devil Made It edited by Peter Bogdanovich, Janus Films catalogue, “ Peter Lorre” in the May, 1960 Films in Review, Serial Killer Cinema by Robert Cettl, International Dictionary of Films and Filmmakers, M essay by Catharine Henry, Pocket Essential German Expressionist Films by Paul Cooke).