A destitute elderly couple, their house foreclosed, and before the days of social security, must rely on the charity of their beastly children. Filled with sly humor and heart tugging melodrama, McCarey, renowned for his mastery of comedy and romance crafts a simple drama that Orson Welles said, “…would make a stone cry.”

Leo McCarey was one of the most accomplished comedy directors in Hollywood. His father was fairly well to do, and McCarey had a more privileged upbringing than many early Hollywood pioneers. He graduated from USC Law School, and even briefly practiced law, but finally got up the gumption to quit his job and take a job as 3rd assistant to director Tod Browning in 1920. When that job vanished, he moved to the Hal Roach Comedy Studios, where the Our Gang comedies and the situation comedy of Charley Chase were the big moneymakers. He was the production supervisor there during most of the 1920s, where he was, among other accomplishments, responsible for teaming Laurel and Hardy. His title meant he did a little of everything, “story, gags, screening the rushes sending out the prints, cutting again when the previews weren’t good enough. Also, sometimes it meant shooting sequences over again…though I made at least a hundred Laurel and Hardy films, I very rarely took credit.” (Bogdanovich 391) When sound came in, McCarey free-lanced, directing some of the 1930s funniest people, the Marx Brothers in Duck Soup, Mae West in Belle of the Nineties, W.C. Fields in Six of a Kind and Eddie Cantor in The Kid from Spain. He also directed Charles Laughton in Ruggles of Red Gap. Supposedly Cary Grant created the character of “Cary Grant” modeled on the suave McCarey during the filming of The Awful Truth.

Yet, McCarey’s favorite film was this much smaller story, populated with character actors, a box office failure. Brimming with the carefully observed details and sense of despair of an ennobling European art film, this subtle work depicts a family life devoid of comforting platitudes.

McCarey was directing one of Harold Lloyd’s sound films, The Milky Way, in 1936, when he drank some contaminated milk and became so sick, he nearly died. During his lengthy recovery, his beloved father did die, and the director began to reassess his career. He wanted to make a film that would revere his parents’ generation, and went off his contract at Paramount, accepting only a flat rate for his services to direct an adaptation of Josephine Lawrence’s bitter novel, The Years Are So Long.

The Chicago Tribune critic, wrote, “It is one of the most genuinely moving productions I have ever seen; one of the most beautifully acted; one of the best directed. And… I cried quietly all the way through it” although he added, “Some of the time I was laughing WHILE I cried” (Gehring 138, 140).

McCarey was not interested in the melodrama alone. He engaged former vaudeville comedian Victor Moore to play one of the leading parts, because he saw dry humor, even in some of the most tragic moments. It was also important to him to show what was, for a movie screen obsessed with youth and glamour, an unconventional love story, elderly people who had been married for over 50 years. Yet, the strength of this tested love contributes to what film historian Leland Pogue observed, “there is no more powerful image of courage in the history of cinema than the simple and heart-rending close up of Lucy Cooper (Bondi) on the railway platform as she watches her husband’s train pull away” (Gehring 139). 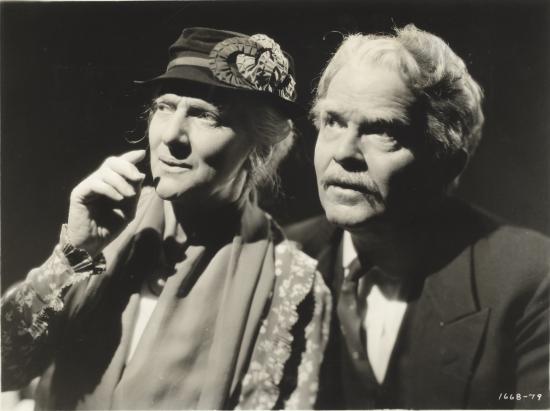 Beulah Bondi was born in 1892, a theater actress who came to Hollywood in 1931 to reprise her stage role in Elmer Rice’s Street Scene, directed on screen by King Vidor. She’s perhaps best known for playing James Stewart’s mother in Mr Smith Goes to Washington and It’s a Wonderful Life. She was nominated for an Oscar twice and won an Emmy for a guest starring role on The Waltons in 1974.

Victor Moore born in 1872, was an experienced stage and screen comedian who made his film debut in 1915. He had a lengthy career of character and comedy roles. His last was a bit in The Seven Year Itch with Marilyn Monroe, in which he plays a plumber. One of the things I find most remarkable about old films is the privilege of seeing people who were born, in what is for us, the far distant past. Victor Moore was born when Ulysses S. Grant was President!

A close bond developed during filming, as McCarey’s desire to honor his parents’ memory was internalized by cast and crew. Victor Moore later wrote, “The extras, grips, cameramen and propmen were so moved that several of them told Beulah Bondi…that they had just written long delayed letters to their parents. One old lady, after hanging up the extras’ clothes on a line said to me, ‘You and Beulah are acting this story. I’m living it’” (Gehring 141).

Rave reviews did not help the box office receipts (it was a financial failure) or give the film a long life. Audiences didn’t care for “a movie without glamour or sex—just a picture about old folks” as the director termed it (FIR 284). Film Critic Cecilia Ager wrote of Bondi’s performance, “inspired acting that rings with truth and with sensitive observation, that reverberates with understanding” (FIR 284). McCarey refused the studio demands that he tack on a happy ending, so they dumped the film, and then him. He moved to Columbia where he made the brilliant The Awful Truth. Never on home video, it only appeared as a Criterion Collection disc in 2010.

The Hindi version, Baghban (Caretaker) is a fairly close, albeit Indianized version. The story is credited to B. R. Chopra (who must have seen the original film) with a script by Dr. Achala Nagar. The parents in MWFT are feeble in body and beaten down in mind. In Baghban, they are at least 10 years younger (but seemingly a generation so) and, active and vibrant, they still seem to have a sexual relationship, long vanished in the Hollywood version. The characters played by Amitabh Bachchan and Hema Malini think, mistakenly, that their children WANT to have them live with them in a traditional joint family arrangement. They are not forced out of their home, but choose to leave, to spend their later years with their children. They are deceived because their children are smiling hypocrites, rather than the cruel snakes in the grass in McCarey’s film.

While the cultural pressures are quite different, some of the basic story structure survives. The husband finds a surrogate family who values him, even if his own does not, and the wife sympathizes with a wild teenager, ultimately providing some guidance. The couple in both versions relive their honeymoons in a moment of stolen happiness, but in the Hindi version, a ride in a luxury car paves the pathway to a happy ending.

“Why are children so mean to their parents?” is the theme of the film, according to McCarey’s daughter, Mary (Gehring 138). “A five-hankie masterwork” according to Elliott Stein in the Village Voice. “The movie is not a melodramatic tearjerker. It’s so tough it might not be filmable today, when even Alzheimer’s stories have happy endings” says Roger Ebert. Errol Morris named it his #1 film in Newsweek magazine, calling it, “The most depressing movie ever made, providing reassurance that everything will definitely end badly.” When McCarey accepted his Best Director Oscar for The Awful Truth, he said, “Thanks, but you gave it to me for the wrong picture.” 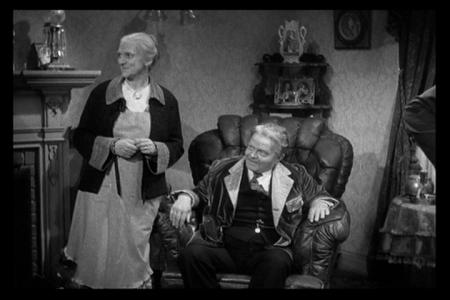 Sources include Leo McCarey: From Marx to McCarthy by Wes D. Gehring, “Beulah Bondi” by John Springer in May, 1963 Films in Review, Errol Morris quote: http://www.newsweek.com/2008/04/26/movies-errol-morris/ (This link is broken),  Who the Devil Made It? by Peter Bogdanovich.