The Man From UNCLE

One of the delights of rewatching a youthful obsession, The Man From UNCLE, on DVD is enjoying a tour of the MGM backlot (particularly in the first, black and white season, when they rarely left the studio) and perusing costume storage. Before the tragic auction of the MGM props and costumes in the late 1960s, studio production designers had a veritable treasure trove at their fingertips.

In “The Deadly Toys Affair” (1965) which starred former MGM contract player Angela Lansbury as aging movie star, Elfie van Donck, the uncredited costumer chose at least one highly recognizable item for the week’s special guest. Miss Lansbury is wearing the brilliantly appliquéd peignoir designed by Orry-Kelly, and worn by Geraldine Page in Sweet Bird of Youth (1962). This negligée is now archived by private collector John LeBold. I saw it at a 1999-2000 “Dressed for the Part, Hollywood Costumes for the Silver Screen” exhibition at the American Textile History Museum in Lowell, Massachusetts. 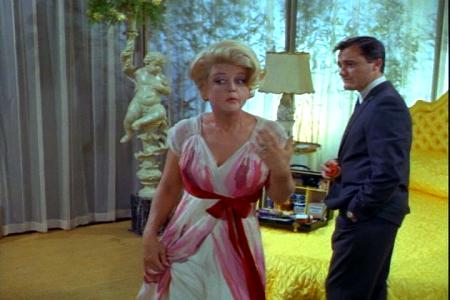 As you can see from this image of Miss Lansbury (with series star Robert Vaughn) the neckline has been altered, but otherwise the gown is exactly the same. 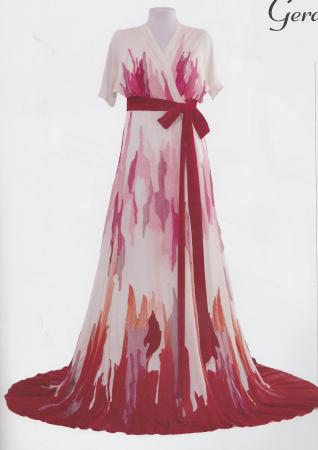 This photo is from the exhibition catalogue 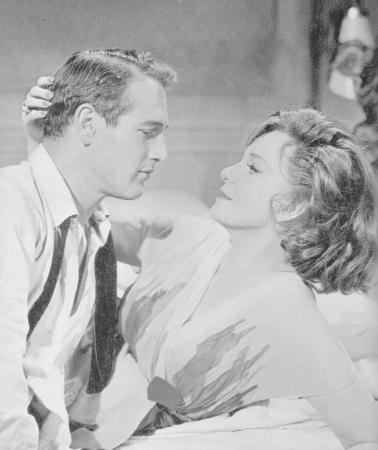 Here is Miss Page in a publicity shot with co-star Paul Newman.

Most costumes are not so easily recognized. But this incredible sari patterned gold silk hostess gown and veil, a draped one shoulder dress worn over gold lame slacks, accessorized with a set of gaudy topaz jewels, must also have come from MGM costume storage. 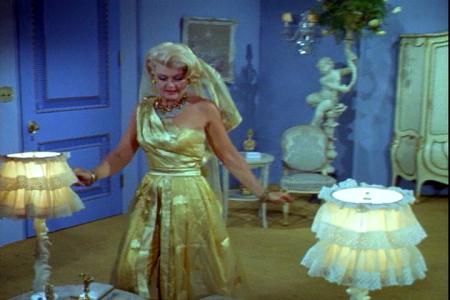 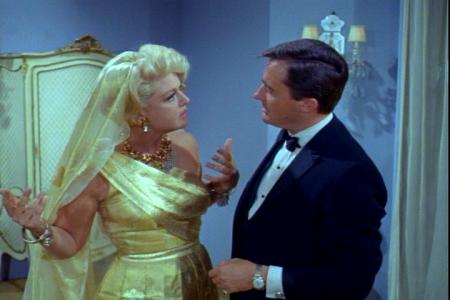 Someday, hopefully, Elizabeth Taylor or Ava Gardner will appear in a film as the original wearer of this gown. Please write to me: Moviediva@Moviediva.com if you know!