It’s all here, what would later be dubbed “Capracorn.” The little people vs. the swells, the laughs, the tears, the sexy rainstorm. A feisty tent show actress is lured to Broadway by cynical impresarios who think her Civil War melodrama so bad, it’s laughably good (shades of The Producers). This film, thought lost until the 1990s, shows what young Capra could do; he worked 2 weeks each on writing, shooting, editing.

Frank Capra arrived on American shores from Sicily just before his 6th birthday. His California childhood was hard-scrabble. His father never became accustomed to his adopted country, and his mother supported the family working in an olive oil factory. All seven children (of whom Frank was 2nd youngest) were expected to work, and Frank did, selling newspapers while struggling to stay in school against the wishes of his mostly uneducated family. He graduated from high school and went on to study chemical engineering at the school that would become Cal Tech. But, he had been bitten by the movie bug. He knocked around a number of odd jobs at the small studios that proliferated in the early 20s, but seemed to find his niche as a gag writer for Mack Sennett and Hal Roach. His ticket was directing comedian Harry Langdon’s most successful vehicles, Tramp, Tramp, Tramp, The Strong Man and Long Pants. Estranged from Langdon, he landed at tiny Columbia Pictures run by the legendary despot, Harry Cohn. But, Cohn could give Capra something he wanted: creative control. Capra made a series of romantic comedies for Columbia in the late 1920s, That Certain Thing, So This is Love, Say It With Sables and The Matinee Idol.

The Matinee Idol is a delightful film, with a premise that ensures it will never be remade by a lesser craftsman. Johnnie Walker plays a big Broadway star, clearly modeled on Al Jolson–a blackface comedian. Now, it must be stated, that this is purely and simply a plot point, allowing for some mistaken identity comedy. In the 1920s minstrelsy was still a widely accepted, and much beloved form of entertainment. Although modern audiences may view it with horror, there is no particular racial caricature, other than the ritualistic, derogatory make-up, and I urge viewers to accept this in its historical context. Capra’s films are largely free of racial stereotyping, one of their many timeless qualities. More unusual is a gay character, one of the Bolivar Players. He is ruthlessly mocked in the film for his mannerisms, but after the Production Code was enforced in 1934, gay people, caricatured or not, would virtually disappear from the screen. Who is leading man Johnnie Walker? He’s quite charming, and apparently played in about 40 films, mostly in the 1920s. Few of the titles ring a bell, (although he spins Barbara Stanwyck around the dance floor and has a line or two in Capra’s 1930 Ladies of Leisure) and he is all but forgotten today. 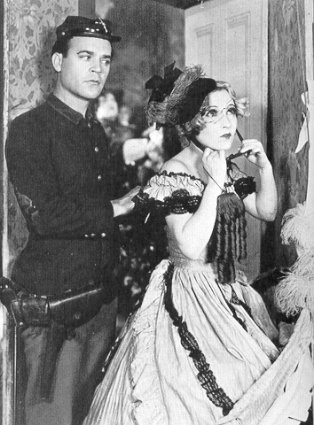 Not so Bessie Love. Her debut was for D.W. Griffith in Intolerance, and she continued in films throughout the 1920s. She was the heroine in the first version of The Lost World, although she had to compete with Wallace Beery’s bravura performance as Professor Challenger and Willis O’Brien’s stop motion dinosaurs. She did the first on-screen Charleston (she said she learned it from the African American butler of some New York friends) in The King on Main Street, a good preparation for her later career as a musical star. She had the leading role as Anita Page’s self-sacrificing sister in MGM’s first all-talking film, Broadway Melody, a huge success that garnered her an Oscar nomination. She married director Howard Hawks’ brother William in 1929, retired from the screen after the birth of her daughter in 1932, moved to England, divorced and never remarried. She continued working on stage and screen in Britain, but towards the end of her life resumed her American film career, with small parts in The Loves of Isadora (in which she played Vanessa Regrave’s mother) Reds and Ragtime among others. 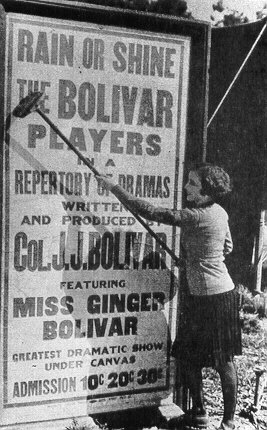 The Matinee Idol has the ease and gloss of the late silent era, in spite of its Poverty Row origins. Harry Cohn said it “started the audience laughing in the first 50 feet and never allowed it to stop except for little impressive human touches injected here and there which never failed to register.” Variety loved it, calling it a “solid laugh and hoke picture” and thought that it could have played as a top attraction, instead of the bottom half of the bill. Cohn must have taken the praise to heart, Capra’s next film, Say It With Sables would have on the credits, “A Frank Capra Production.” 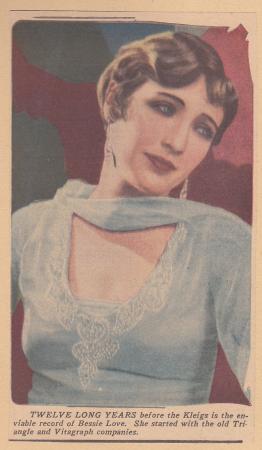 One of Capra’s great directing strengths was his sympathetic touch with actors, particularly women. Bessie Love is most appealing in this film, as she does both comedy and then evokes great pathos as she realizes she has been duped by the man she loves. There is a masquerade party (one of the examples of dualism in The Matinee Idol: blackface/whiteface, Don Wilson/Harry Mann, actor/civilian, masquerade/everyday, city/country) which touches on a rare subject in a Capra film, satire. The blindfolded musicians telegraph that a von Stroheim parody is in the offing, and Walker, disguised in a Cossack-ish uniform reclines in a bower with Love, reproducing a famous scene in von Stroheim’s The Wedding March from the same year. 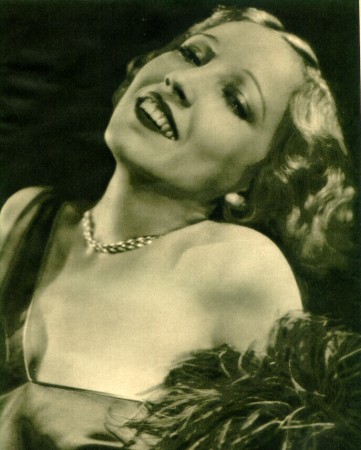 A new image for the talkies: “When you see ‘The Broadway Melody,’ the new film hit, you will be amazed at little Bessie Love’s performance. Bessie talks, sings and dances perfectly. Back of this hit, which has captured a fine contract for Miss Love, lay years of inferior roles. The silent screen never did right by our Bessie. It passed her by–but the talkies have brought her back with a crash.”

The big comedy set-piece in the first half of the film is the Bolivar Players terrible Civil War melodrama. The audience in the film takes them seriously, but we, the movie audience laugh at them. Performing on Broadway, they are humiliated by the sophisticated city folk. When the New York audience laughs at them, the movie audience realizes they too are heartless snobs, ridiculing Bessie Love & Company. We’ll never know whether Capra meant to turn us into the villains or not, but the shifting point of view indicates a subtle understanding of audience reactions.

The Matinee Idol was considered a lost film until its rediscovery at the Cinematheque Francaise in the early 1990s. A new print was reconstructed through the miracle of digitial restoration and released in 1997. What intense gratification for the silent film devotee. Perhaps, all is not lost! Films are constantly being rediscovered. And, every discovery of a charmer like The Matinee Idol is a cause both for rejoicing, and melancholy for those films still lost. 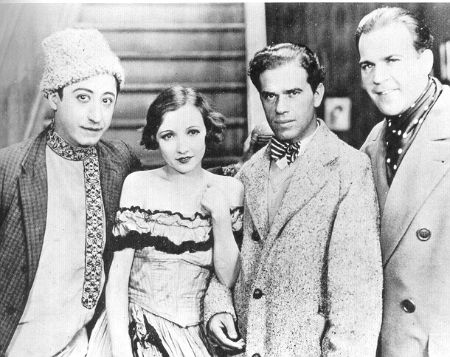 “Re: The Matinee Idol, I visited Frank on the set while I was playing the Orpheum Theatre in Hollywood. While he was explaining the plot, he spoke of being in a hell of a spot. How and what could Johnnie Walker do that would say, (in pantomime, without using titles) that he was a Broadway star? Here is what we did. The cameras were waiting for me at 8:00 a.m. It took me five minutes to put on the blackface (I brought the stuff with me) and another ten to have them adjust Walker’s clothes to fit me (he was four inches taller); then I danced five different routines. On the screen you saw long shots of me doing intricate steps; then Frank would cut to Johnnie’s face. The shots of my hands and feet were intercut with more shots of Johnnie. In a photo of me taken at the time with Bessie Love, Frank Capra and Johnnie Walker, I was wearing a Russian costume. I had to have it with me, because when the last shot was made, Harry Cohn had a police escort drive me to my matinee, and I just made it!” Benny Rubin letter to Victor Scherle and William Turner Levy, 1974.

(Miss Ginger photo from February, 1959 Films in Review career article by Harold Dunham on Bessie Love. Photo from 1928 Chicago Tribune movie star scrapbook, followed by a very different glamour photo from May, 1929 Photoplay magazine.Other photos from The Complete Films of Frank Capra, by Victor Scherle and William Turner Levy. They list a running time of 66 minutes, but the film was still considered a lost one when they wrote their book. Other references consulted include Frank Capra: The Catastrophe of Success by Joseph McBride, and “It is (not) a Wonderful Life” by Vito Zagarrio in Frank Capra, Authorship and the Studio System edited by Zagarrio and Robert Sklar.