A has-been 80s pop music heart throb, reduced to playing nostalgia gigs at amusement parks and high school reunions, meets cute with a struggling poet.  She just might be able to supply him with lyrics desperately for his tune, commissioned under a ticking deadline for a Christina Aguilera–ish teen sensation. The wickedly witty musical parodies by Adam Schlesinger (Crazy Ex-Girlfriend) are surprisingly as catchy as actual hit songs.   Music and Lyrics boasts solid characters, whose creative work is meaningful to them, and whose Act 3 argument is NOT about a cascade of avoidable rom com lies.  And, as much as we love boyish, stammering Hugh Grant, we love seedy, washed-up Hugh Grant even more.

Why is it so hard to write a decent rom com these days?  Is it because, in earlier times, the convention was that people did not have casual sex, and now it was difficult to devise a reason to keep people who found each other attractive out of bed?  Wesley Morris, who describes himself as a single black gay man, asked in the New York Times Magazine, “Who are we without these movies?  Romantic comedy is the only genre committed to letting relatively ordinary people, no capes, no spaceships, no endless sequels—figure out how to deal meaningfully with another human being…This was work determined, across the whole history of cinema, to find something funny about loneliness, curiosity, attraction, intimacy, conflict and rapprochement.  So, maybe it’s the most featherweight of genres—but maybe it’s also the most important.  This is moviemaking that explores a basic human wonder about how to connect with a person who’s not you.” 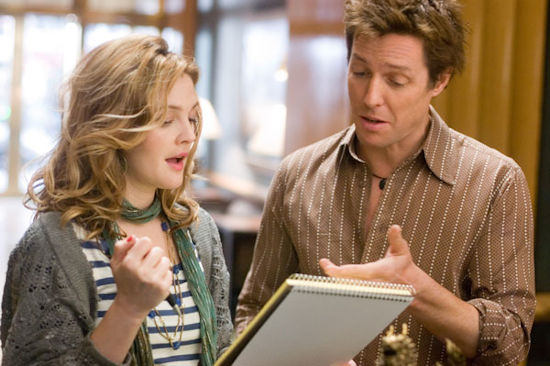 It’s fantastic that movies now have women who do something besides search for a husband, and more movies than ever pass the Bechdel Test, where there have to be two named women characters, who talk to each other, about something other than a man.  The rom coms of an earlier day pioneered the idea that men and women might be equals, worth a romantic sparring.  And men and women used to watch them together to absorb lessons in romantic communication.  Now, they are called “chick flicks” and supposedly women go watch them together, so it was lovely to see so many couples at the screening at the Carolina Theatre.

In Music and Lyrics, Alex and Sophie are kept apart by self-esteem issues.  What could be more 21st century?  He’s fifteen years older than she is, not as great as the age gap of so many Hollywood screen couples.  Unlike in classic Hollywood, when studios created fantasy biographies for their stars, we bring to their characters knowledge of their real-life personal struggles, Grant’s encounter with a prostitute (he said, embarrassed, on his chat show confession, “I chose to get arrested”) and subsequent apology, and his winning lawsuits against the British tabloid press, and Barrymore’s struggles with drug and alcohol addiction in her youth. We accept that they are damaged people, who would be hesitant in looking for love. 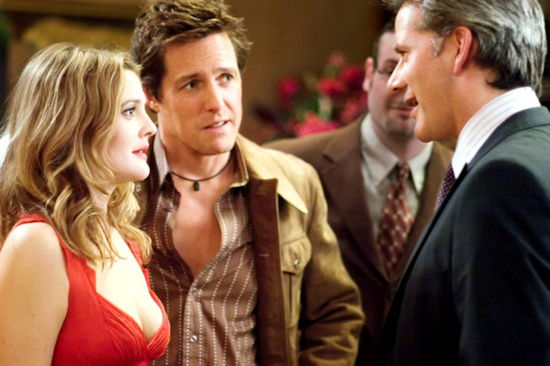 Grant is not a fan of the romantic comedies that made him a global star.  Four Weddings and a Funeral at the time was the biggest hit in British film history.  Yet, Grant himself describing his taste in films says, “I only really like Goodfellas” (peopleewnetwork.com).

The film was written and directed by Marc Lawrence, who did the Miss Congeniality films (which I also love) Two Weeks Notice and Forces of Nature.  He wrote the part of Alex with Hugh Grant in mind.  It’s been a few years since Lawrence has had a film released, since the movie business is less focused on mid-budget, character-focused films that aren’t tent poles.  The music, which is one of the reasons I love this film, is by Adam Schlesinger, who has been the musical genius behind tv’s  Crazy Ex-Girlfriend.  Sadly, he was lost to COVID-19 early in the pandemic. 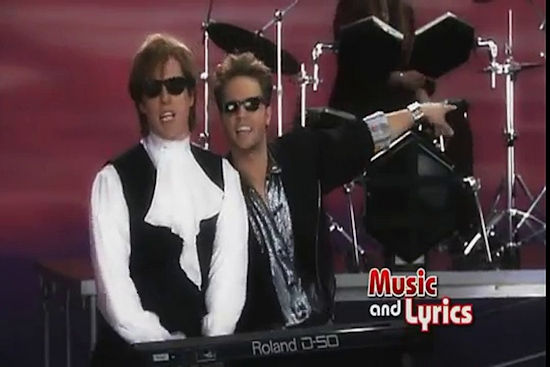 Billboard Magazine celebrates “Pop Goes My Heart” which opens the film, as the greatest fake 80s song of all time, and I challenge you to get it out of your head when the film is over.  The musical numbers are produced by lyricist Andrew Wyatt, who has co-written real pop songs for Bruno Mars and Beck. Grant’s vocal coach was Martin Fry, the lead singer of “sophisti-pop legend” ABC.  This opening song is beautifully crafted to evoke your favorite new wave bands, Wham! being the most direct influence on the music, with the opening video inspired by Duran Duran. “But a decade later, there’s still absolutely no competing with “PoP! Goes My Heart,” an imaginary ’80s song better than the real-life karaoke books deserve” (billboard.com).

Grant also said that he and Drew Barrymore did not get along during production. “Well, Drew, I think did hate me a bit. But I admired her. We just were very different human beings,” Grant said. “She was very L.A. and I was a grumpy Londoner. The funny thing is, although it was fractionally tense on the set of that film, I think the chemistry is rather good between us. Sometimes tension makes a good crackle. (peopleewnetwork.com). On the Graham Norton show he groused that she had the nerve to give him notes on his performance.  He added that playing a pop star where “I had to be strutting myself on stage” was hard, “I used tranquilizers and whiskey as a sort of cocktail.”  He’s also said that his PoP! Outfits made him look a little bit like a Parisian madam. (DVD extras). 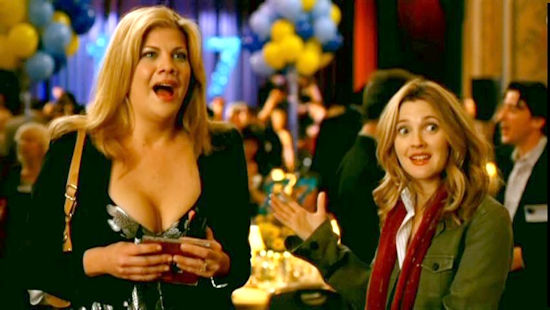 This is not a film that gets a lot of love from critics (although total worldwide box office was around $145 million).  Don’t look it up on Rotten Tomatoes, the boys who review films online don’t care for it.  Let me tell you why I do.  Alex and Sophie love their work.  He wants to continue to compose, even though his days of stardom are probably over.  Sophie is serious about her writing, although she doesn’t know how to make it into a job.  This is not an “imposter” comedy, where one character is pretending to be somebody they are not.  Their big argument is about a real issue, yet the film ends on an upbeat Singin in the Rain influenced note.  I also love Kristen Johnson as Sophie’s sister, and major PoP! fangirl.  I love her enthusiasm for meeting her idol, and I love the way he responds to make her experience a swoony one.  I’m reminded of a story about David McCallum, who so many teen girls adored in the Man From U.N.C.L.E. in the early 1960s.  I read somewhere that when women confess what a big crush they had on him when they were young, he kisses their hand and says, “I’ve been waiting all these years just for you.”

Every movie doesn’t have to be a masterpiece.  Sometimes, you want something that just makes your heart go “pop.” 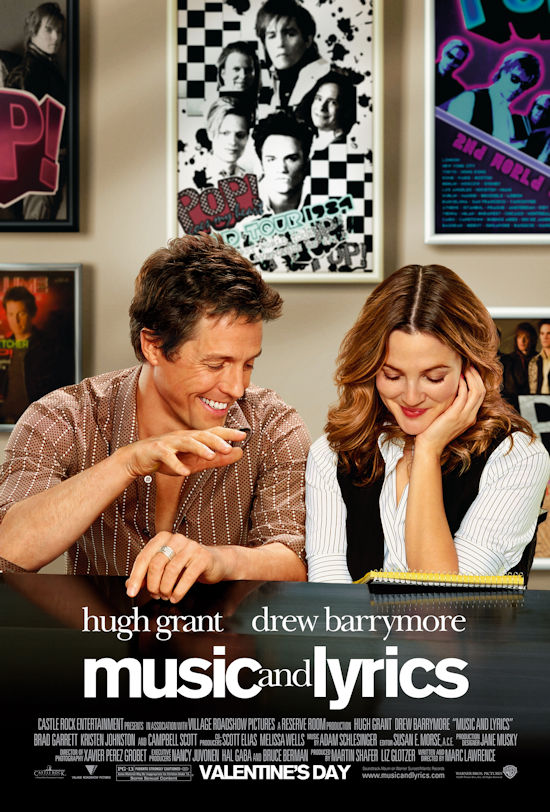