Jacques Tati’s alter ego, quirky M. Hulot, wanders puzzled through a depersonalized, sterile Paris dominated by anonymous office blocks and glass barriers. Playtime is a monumental comedy, virtually without dialogue, not only irresistibly witty, but a commentary on the coldly alienating spaces that were beginning to dominate urban architecture. Tati’s huge sets and grand vision cost a fortune and bankrupted him, but Playtime remains “one of the grandest visions ever committed to celluloid” (John Ewing).

Tati wrote, directed and starred in only 5 feature films between 1948 and 1974, and in all but the first he plays the character M. Hulot. Hulot isn’t an unusual name in France, and Tati may have borrowed it from an architect he knew with a peculiar walk. But, “Hulot” strongly echoes “Charlot,” Charlie Chaplin’s French nickname. Tati owes debts to silent era film comedy, but particularly Chaplin, for his pantomime skill and use of sound effects, and Buster Keaton for his insistence on wide-angle shots, the way he often placed a small figure in a vast landscape. 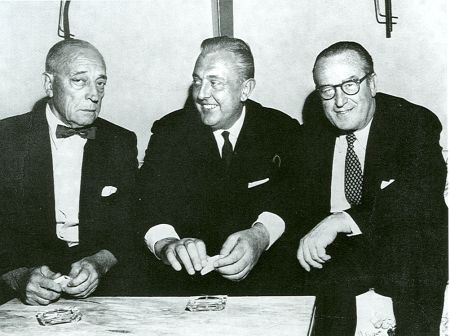 Jacques Tati’s grandfather was the Dutch frame-maker who built Van Gogh’s frames, and Tati was expected to enter the family trade. Much to his parents’ disgust, he became a mime and then began to get bit parts in movies. He longed to record his own comic routines and made a short film about François, a rural postman. François’ adventures were expanded into a feature, Jour de Fête, in which he becomes obsessed with American efficiency and is determined to apply modern methods (unsuccessfully) to his bicycle delivery route. The film was printed in an idiosyncratic black and white process; in some scenes selected objects were hand colored.

Jour de Fête‘s enthusiastic reception led to M. Hulot’s Holiday (1953) the second of Tati’s “films de copains” made with his friends on a low budget. Mon Oncle (1958) was another success, emphasizing M. Hulot’s warmth and idiosyncratic personality as he vied with the stresses and strains of contemporary life. “Hulot is not a doer,” said Tati. “He is perhaps more childish. He does not dare. He is not necessarily funny to everybody. Some spectators do not laugh at him” (Bellos)

Playtime was originally photographed in the 70mm format, twice as wide as standard 35mm film. Each shot is dense with activity. Tati does not focus the camera on one object in the frame; there are many things happening on the screen at the same time. The camera does not tell you where to look. Little jokes happen off to the side when other activities take place in the center, making it impossible to see everything that is going on. Absorbing the rich detail of Tati’s cinematic world encourages multiple viewings.

He wanted Playtime to be big, and M. Hulot to be dwarfed by vast impersonal buildings. Tati traveled throughout Europe, looking for real-life airports, glass-sheathed office buildings and construction sites. He eventually realized that it would not be possible to close down real places for the length of time he would need for his film (which stretched into two years of shooting). Jean Badal, his director of photography, was adamant, “If you want to shoot scenes of reflected clouds moving across the glass panes of a skyscraper, you will have to have the skyscraper all to yourself” (Bellos). 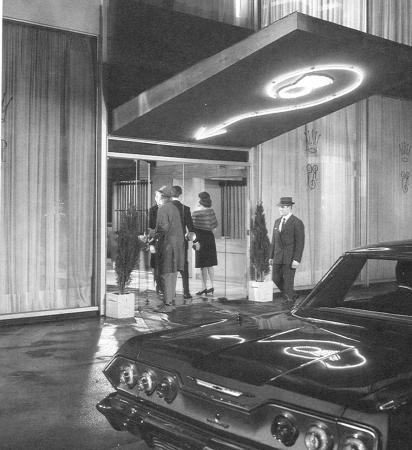 Eventually Tati settled on the idea of building a real development, using it for the film and after the film was completed, selling it off as offices and apartments. But when this morphed into the idea of making it a film studio instead, the groundwork was laid for what would become a financial disaster. Tativille, as it was called, was a magnificent construction, but he did not have the proper zoning for it (the Parisian city plan called for road improvements on the site) and it was being demolished even as the last scenes were being shot. Ironically, the modern Paris that was being constructed around this area called La Défense would come to resemble Tati’s Playtime vision.

Long construction delays, the need to rebuild the set after a storm, intervals of rainy weather and other unsuitable conditions for filming, and a simple lack of funds prevented the film’s release for 3 years. Tati invested his personal fortune in the film, borrowed money from the banks, his family and everyone he knew in order to keep Playime going. Tati’s house was repossessed and signed away the rights to all his films, including M. Hulot’s Holiday and Mon Oncle for 120,000 francs, about the cost of blank film. 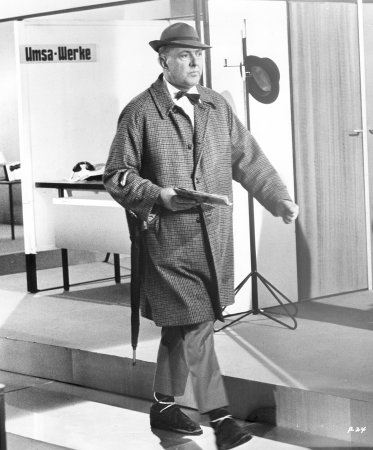 One of Tati’s ideas was that the modern world would be a consumerist society dominated by advertising, and he arranged for product placement, the first in French films. The density of commercial images is much less than in the modern world, both a failure of imagination and of his product placement advisor’s ability to convince advertisers that their products would be seen to advantage in Tati’s film. The dialogue is in French, German and English, sometimes swirled together in a globalized mélange. He explained, “Les mots anglais ont envahi le vocabulaire. Les gens habitant dans les “buildings,” ils mettent leur voiture au “parking,” ils mangent au “snack” ou au “self,” font leur achats dans des “drugstores” ou des “supermarkets.”(Dondey).

The film was never properly released in the US. I showed it (probably in 16mm) when I was programming films for my college film society in the 1970s. There was a “pan and scan” version released on VHS in the 1980s (why bother?) and the DVD version is scheduled to be released in 2005. 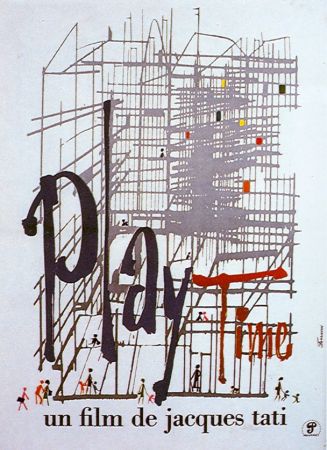