A ragtag theatrical troupe scrambles for engagements, in an India losing interest in colonial era entertainments.  Hindi film superstar Kapoor plays a handsome playboy who flits between flirtations with a jaded Bollywood actress and the fresh innocence of the troupe’s ingénue. The story is based on the diaries of Geoffrey Kendal, the actor manager of the touring company Shakespereiana, and shot with Ivory’s keen documentary eye.  “A lark, a fling, a protean evocation of life between cultures, 1965’s Shakespeare Wallah, the second Merchant Ivory production, remains a breezy and beguiling study, comedy, romance, elegy” (Village Voice)

Wallah is a suffix in Hindi that you can add to any word.  The man who makes tea is the chaiwallah.  The person who makes movies is the moviewallah.  But more than just what you do, wallah hints at the essence of who you are.

Shakespereiana was a company of actors managed by Geoffrey Kendal, starring his wife, Laura Lidell, and two daughters, Jennifer and Felicity.  The film manages to represent their day to day life with some accuracy, as Felicity said, “One day we would sleep in a palace, and the next day on the ground.  In Borneo, we stayed at a downmarket whorehouse, and Mother had to plug the peepholes” (Criterion).  Merchant and Ivory first met Shashi Kapoor and the Kendalls when they went to India to film The Householder, their first feature film. 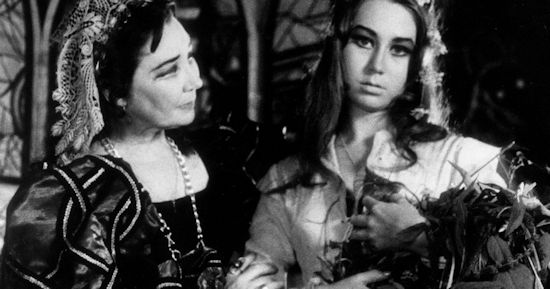 Ismail Merchant was born in Bombay, India, in 1936, which is, of course, as Mumbai, still the center of Indian filmmaking.  When he was 13, he met the glamorous film actress, Nimmi, herself only in her 20s, who took the young man under her wing as a devoted acolyte, taking him to the studios, and insisting that one day, he, too would be a movie star.  He ended up instead at NYC, obtaining a master’s degree in business, while continuing his lifelong, passionate movie-going.  He got a job at a major advertising agency, McCann-Erickson, and while there made a short film called The Creation of Woman using Indian dance to tell a mythological story.  Using his advertising experience, he promoted the film to an Oscar nomination, which became his Hollywood entrée.

James Ivory was born in Berkeley California, in 1928.  He loved the movies as a boy, too, and constructed a play theater at home so he and his younger sister and the neighbor children could put on their own plays.  He studied architecture and fine arts in college, and then went to USC Film School, where his first film was Venice: Theme and Variations.  He assumed he would be continuing his career as a maker of 16mm documentaries. Merchant was on his way to a screening of his film in Cannes, but he stopped off in NYC and was invited to a screening of a film about Indian miniature painting by Ivory.  The social connection may have been made by Madhur and Saheed Jaffrey, about whom, more later. In 1961, Merchant and Ivory agreed to found a company that would make films in India for Western audiences.

The third member of the Merchant Ivory team was Ruth Prawer Jhabvala. Ruth Prawer was born in 1927 in Cologne, Germany, into a well to do Jewish family.  Luckily able to leave in 1939, the family relocated to England, where Prawer studied English literature at London University.  There she met Cyrus Jhabvala, an Indian student studying architecture. They were married in 1951, and moved to India.  Prawer Jhabvala immediately began writing fiction about India, as if she were an Indian, herself.  The country’s effect on her “was stunning, overwhelming, beyond words.  I entered a world of sensuous delights…” (Long 22).  After a decade, she reluctantly conceded that, she wasn’t Indian after all.  Her writing took another turn, and she moved to New York City.  In 1961, Merchant and Ivory visited her there, and they began their long collaboration. She died recently, on April 3, 2013, at the age of 85.

One cogent fact omitted from much of the discussion about the genteel Merchant Ivory films is that their partnership was personal, as well as professional.  Even some of Ismail Merchant’s obituaries in 2005 kept this aspect of their relationship private.  But, since virtually every one of their films deals with individuals from one culture trying to adjust romantically to another, it seems pertinent that their personal cross-cultural accommodations is reflected in both their personal life and their life’s work.

The idea for the film originated when Geoffrey Kendal allowed James Ivory to read the diary he kept during 1947, the year of Indian independence.  Jhabvala also read the diary, and saw it as a metaphor for the end of the British Raj.  None of the incidents in the film occurred in the diary, it was used as more general inspiration.  Jhabvala transposed the time frame to the 1960s, when splashy Bollywood movues were becoming the primary form of popular entertainment. The Kendals didn’t like the film at first, and it took a long time to reconcile themselves to it.  They saw their lives touring India as a triumph, and that’s not the way the film portrays it.  Later, Geoffrey Kendal could see that Ivory could truly see his love for what he did for a living. 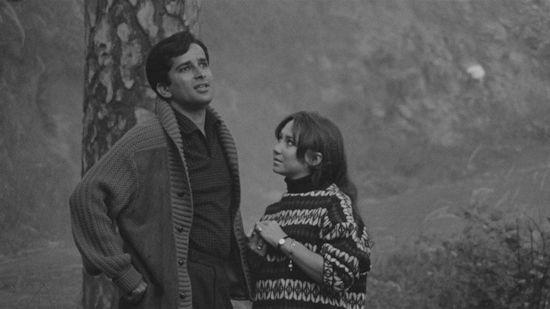 Shakespeare Wallah was made for $80,000.  The money was raised because the profits Columbia made for Merchant and Ivory’s previous film, The Householder were frozen in rupees in India, and could not be converted to dollars and sent home.  So, the proceeds of the film could only be spent in India.  The film was black and white because they couldn’t afford color, and was shot on location because they didn’t have money for sets.  Some of the locations are the hill station of Kasauli; Simla, the summer capital of the Raj; in Rajasthan, Lucknow and Bombay.  They bought tickets to film on the railway, but never asked permission.

Ishmael Merchant said “I just have to make a film with her (Felicity) and this was her first.  Her sister Jennifer was married to Shashi Kapoor.  It was his first kissing scene, since Indian films didn’t have them, as well as Felicity’s.  She did not feel uneasy kissing her brother-in-law, she was used to acting, and it all felt very comfortable.
James Ivory visited film director Satajit Ray, who was also an accomplished musician, to ask him to compose a score.  He wrote the music in 10 days, based on traditional ragas, and recorded it in two long sessions in a Calcutta studio.

Madhur Jaffrey was not the Indian ideal of a Bollywood star.  The film crew disapproved of her because she was too thin, but her manner was regal and domineering enough to demonstrate her understanding of stardom.  She was born in 1933 in Delhi, British India.  She met her first husband, Saheed Jaffrey, while they both worked at All India Radio (Saheed you would recognize from The Man Who Would Be King, or The Jewel in the Crown) and one of her children is Sakina Jaffrey, (who’s been on tons of tv shows, like House of Cards, Timeless, The Mindy Project, etc).  Jaffrey met Ruth Prawer Jhabvlala at All India Radio, as well.  Madhur attended the Royal Academy of Dramatic Arts in London (her classmates were Diana Rigg and Glenda Jackson) and later moved to New York City. She married Saheed in 1958. He was working at the Indian Tourist Office and met Ismail Merchant, who had recently arrived to attend NYU Business School.  Saheed invited him home to dinner.  They already knew James Ivory, (he’d been invited to dinner, too) and Merchant and Ivory met partly through the couple. 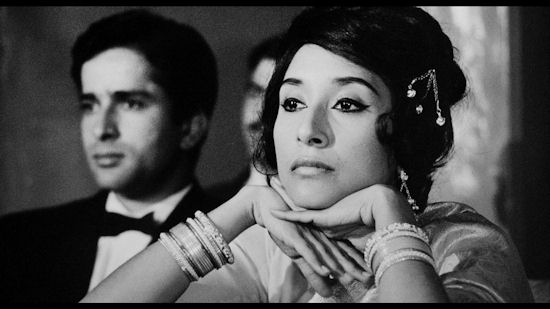 Jaffrey said,  “The friendship kept developing, and eventually, from those discussions over dinner, came the plans to do the film Shakespeare Wallah together. Ismail and James set it up in India while I was still in New York. It was shot in the hills. I can remember being sick in the car, and when I arrived, the crew were all disappointed to see this thin, sickly-looking woman who was supposed to be playing a movie star. But I won the best actress award in Berlin for it, and since then we’ve gone on to make many films together. Now we have houses near each other in upstate New York, so we get to see each other often” (Independent). Because the Jaffrey’s marriage was on the verge of divorce, Saheed dropped out of Shakespeare Wallah.

Madhur Jaffrey’s greatest fame, perhaps, is as a cookbook author.  I bought her first book, An Invitation to Indian Cooking, shortly after it came out in 1973, and I’ve been cooking her family’s recipes ever since.  She has written numerous award winning cookbooks and has hosted cooking shows.  She recently starred in this gangster rap video called Nani (Grandmother) showing she has not lost her sense of humor:  https://www.youtube.com/watch?v=iQVsVNPkPmE. Mr. Cardomom, the rapper, is the son of director Mira Nair. 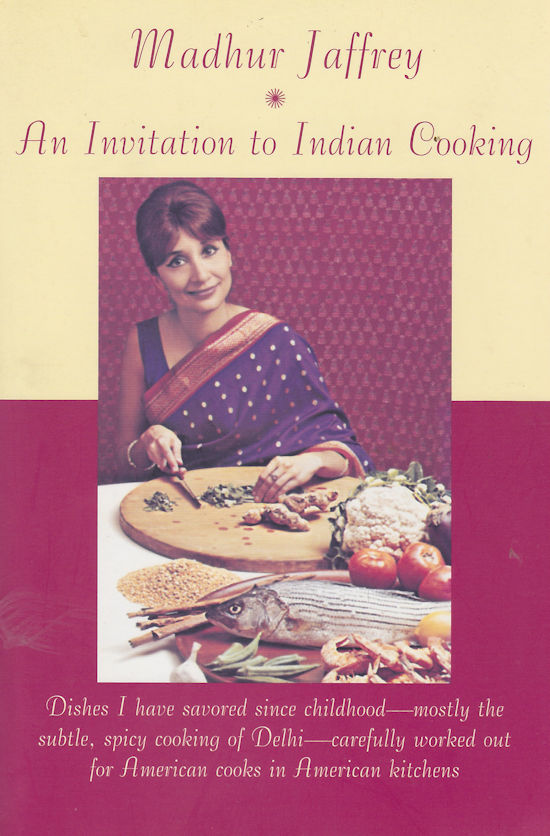 Felicity Kendal first appeared on stage as a baby, and then did whatever useful thing she could in her parents’ theater troupe.  She attended whatever school she could while travelling, and by the time she was a teenager, began playing major Shakespearean roles.  As in Shakespeare Wallah, she returned to England.  If you watch PBS, she will be a familiar face, from her first success in the 1970s with Good Neighbors, to Rosemary and Thyme, and in many other British television dramas. 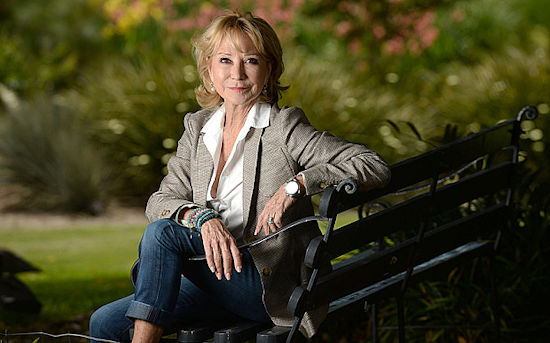 Shashi Kapoor, who plays her fickle suitor, had a career that in some ways mirrors Kendal’s early experiences.  His father, Prithviraj Kapoor, was stage actor, and Shashi began acting when he was a child in his father’s productions, and sometimes played his older brother, Raj Kapoor, as a child, in films.  He met Shakespereiana in the middle 1950s, when his father’s company and Kendal’s both played Calcutta, and he fell in love with Jennifer, who was playing Miranda in the Tempest. Because her father wouldn’t let them get married, he joined Shakespereiana in 1958.  Some of his early films roles as an adult were in Merchant Ivory films, but then, due to the great stardom of his two older brothers, Raj and Shammi, started acting in Hindi language films.  He made some hugely popular films in the 1970s, often opposite Amitabh Bachchan, who had replaced his brother, Raj, as the biggest star in Bollywood cinema.  Shashi won a Filmfare award, the Indian Oscar, for best supporting actor in one, Deewar.  He acted in both Indian and British films during his career, one of the first International stars from India. 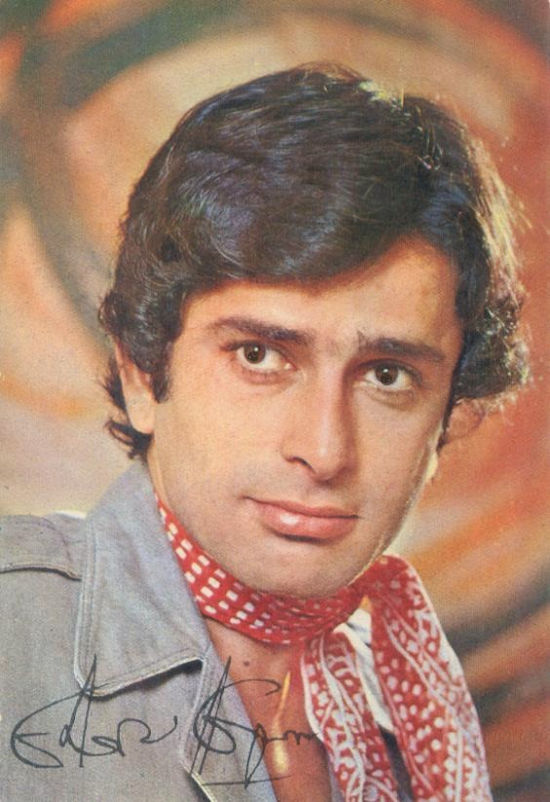 The film was a success in England, and Berlin, where Jaffrey won a Silver Bear for Best Actress at the Film Festival there.  Nobody in the US would release it, because it lacked Western movie stars.  Merchant and Ivory used their own money to rent a theater in New York and paid for publicity; Merchant’s advertising experience paying off again.  A positive review in the New York Times, and good box office convinced a distributor to take a chance.

Ivory felt his documentary experience prepared him well for the film.  “The purpose of a documentary is to capture the experience, the essence of a subject” (Long 48).  He observes the Buckinghams with an intimate sympathy, but also sees the pathos of the situation which they cannot perceive.

“Poetically and visually alive, Shakespeare Wallah is an extraordinary film.  It is the jewel of Merchant Ivory’s beginnings, hardly less than a miracle” (Long 52).

Shakespeare Wallah is ranked #7 in the Merchant Ivory filmography, according to The Guardian
https://www.theguardian.com/film/2019/mar/07/the-top-10-merchant-ivory-films-ranked