Luhrmann’s first film evoked his rural Australian family’s passion for ballroom dance in a zany  mockumentary about a determined aspirant for the Pan-Pacific Grand Prix Amateur Championship.  A maverick’s forbidden steps blend with the flamenco fire of a bespectacled wallflower, but will the rebels triumph?  “Funny thing about Strictly Ballroom, you see every trick up its sleeve, and you still keep smiling” (Rolling Stone).

We’re about to start a cycle of NCMA films that, unapologetically, all have the same plot.  Dancing With the Stars, So You Think You Can Dance? and other competitions, the dance-y versions of American Idol, have brought dance contests into mainstream pop culture. But, a dancer asked me, why does it always have to be a contest?  In fiction and non-fiction on screen, somebody has to win (or not).  But, dancers dance for the pleasure of it, not always the gold cup.

We will see Australian, Japanese, British and American interpretations.  I love thinking about how different cultures filter the same plot.  One of my dream series is international James Bond rip-offs, but sadly I am not the person who could program that series.  And, if I was, I’m not sure the NCMA would let me show it!

Mark Anthony Luhrmann was born in Sydney but moved to the small town of Heron’s Creek after his father returned from the Viet Nam war.  His parents owned a gas station, a pig farm and shops, including a dress shop run by his mother. Baz and his brothers staged plays, magic shows and he made home movies, his childhood was described as bohemian and industrious (Cook 16).  His parents divorced when he was in his teens, and he joined his mother in Sydney.  He was involved in various theater and film groups.  He met his Strictly Ballroom collaborator, Craig Pearce in high school, they co-starred in Guys and Dolls, with Luhrmann as Sky Masterson and Pearce as Nathan Detroit. 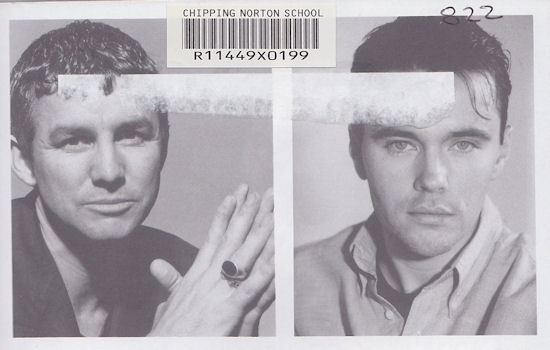 Luhrmann applied to the Sidney National Institute of Dramatic Art, in the hopes of becoming an actor. Rejected at first, he plunged into the craft professionally and played parts on stage, tv and film.  Admitted when he was 20, he was inspired, but not entirely happy at school,  “Luhrmann was evidently a complicated, driven and ambitious young man, this, combined with insecurities about his Herons Creek background led him to project an over-confident personal that did not endear him to everyone at NIDA” (Cook 36).  He met his wife, Catherine Martin there, she became not only his partner in life, but in their production company, and she designs the costumes for his films.

In 1984 he and a group of acting students created a 30 minute piece about competitive ballroom dancing, a milieu he knew well, since he had been a ballroom champion as a kid.  Drawing on the David and Goliath story, and Hans Christian Anderson’s The Ugly Duckling he formed a framework for the play.  It was meant to show how one act of rebellion can change an inflexible power structure, a metaphor for his frustration with his tenure at the NIDA.  Luhrmann took the role of the hero’s father.

Expanded into a longer piece, it was a prize winning theater entry at the 1986 World Youth Festival in Bratislava, Czechoslovakia. He submitted a proposal for funding to the Australian Film Commission, but the project was passed over.  He became artistic director of an independent theater group within the Sydney Theatre Company, and Strictly Ballroom made another transition, this time with the Spanish theme in place.  This cross cultural romance resonated in an Australian society where minorities had not always been celebrated, and multiculturalism presented a national challenge.  Barry Fife, tyrant of the Dance Federation old guard, represents the hide-bound Australia of the 1950s, challenged by the open-mindedness of youth. It had a successful theater run, and he was approached to make it into a film, but with a more realistic feel, and less overtly political.  He was not at all interested in this style of cinema, although he finally consented to write the screenplay with Craig Pearce, who helped him translate the dramatic style he would call Red Curtain Cinema to the screen. 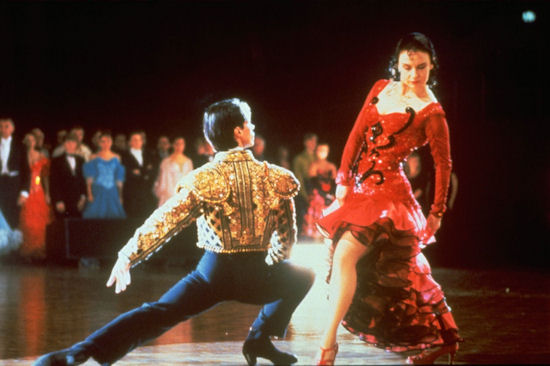 In the Red Curtain style “Heightened theatrical staging depicts a self-contained artificial world in which stereotyped characters are deliberately devoid of psychological depth.  It uses pastiche, travesty and burlesque to satirize theater and cinema conventions and establish a defiantly non naturalistic style” (Cook 48). Strictly Ballroom takes place in Australia, but it is the Australia of the imagination.

Producer Ted Albert, a lover of old Hollywood musicals, wanted to create a contemporary Australian version of the genre, even though they don’t really make musicals in Australia’s film culture. His faith was ultimately rewarded, although he died of a heart attack before the film reached the screen.

Paul Mercurio was a member of the Sydney Dance Company and he rehearsed with choreographer John O’Connell for 10 weeks.  Lurhmann insisted on Tara Morice for Fran, she had played the part on stage.  Some of the actors did their own choreography.  The film had a tight budget of A$3 million, and the 7 week shoot ended with the final sequence shot with five cameras in front of an actual ballroom competition. 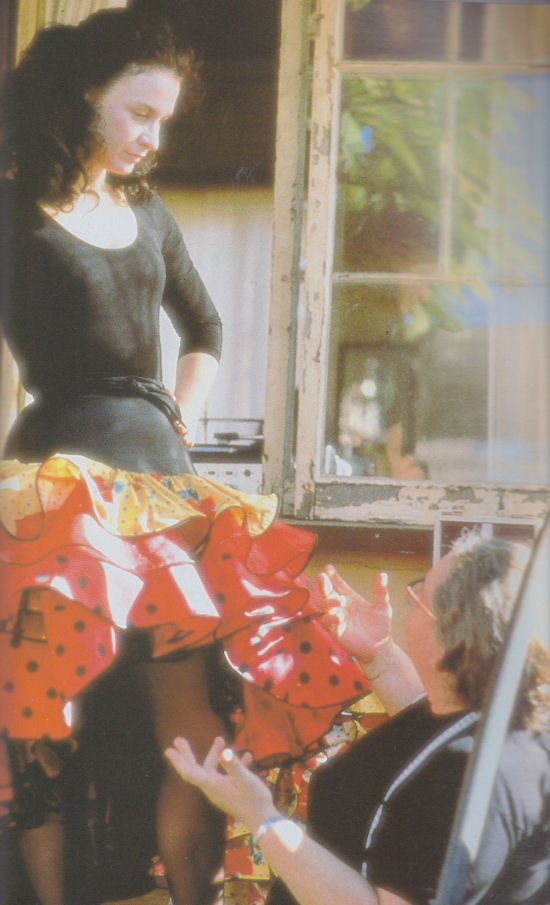 A picture from the illustrated screenplay. 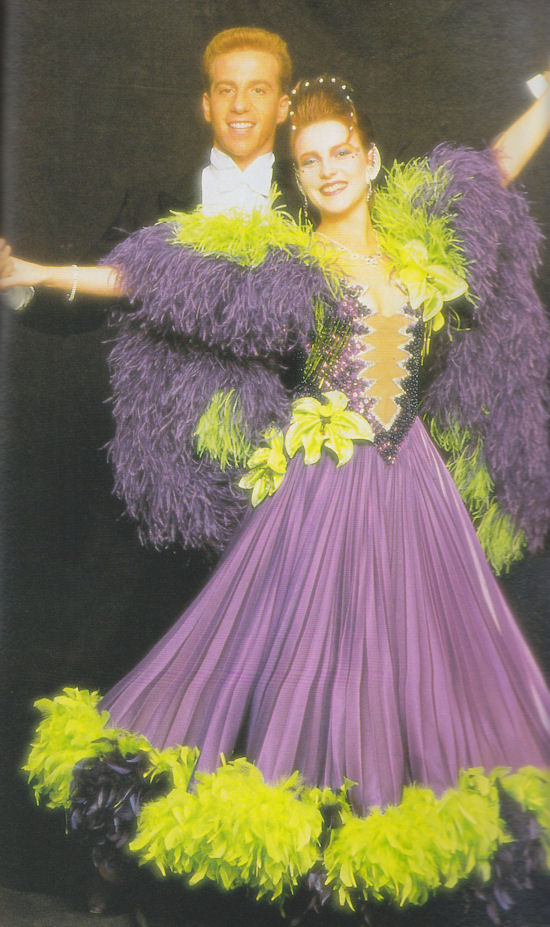 You can get an idea from this costume shot from the screenplay how much work went into wardrobe.

The tight budget, lack of dance training of much of the cast and the fact that it was a debut filmmaking effort for so much of the team, created extreme pressure on the cast and crew, exhausting everyone.  Editing for continuity was a nightmare.  Screened for unimpressed Australian film executives, Luhrmann thought his effort was doomed.  But, the film was invited for a midnight screening at Cannes in 1992.  There was a late start, partially empty hall, and some early walk-outs, but the film got a standing ovation and word of mouth spread quickly.  More showings were hastily arranged, and it was sold to 86 countries, where it eventually grossed $70 million world-wide.  At Cannes, it won the Prix de Jeunesse for Best Foreign Film, and won audience awards at the Sydney, Melbourne and Toronto Film Festivals.  In January, 1994, Luhrmann and Martin collaborated on a special issue of Australian Vogue, celebrating the Red Curtain style with Nicole Kidman and Kylie Minogue dressed as vintage film stars. 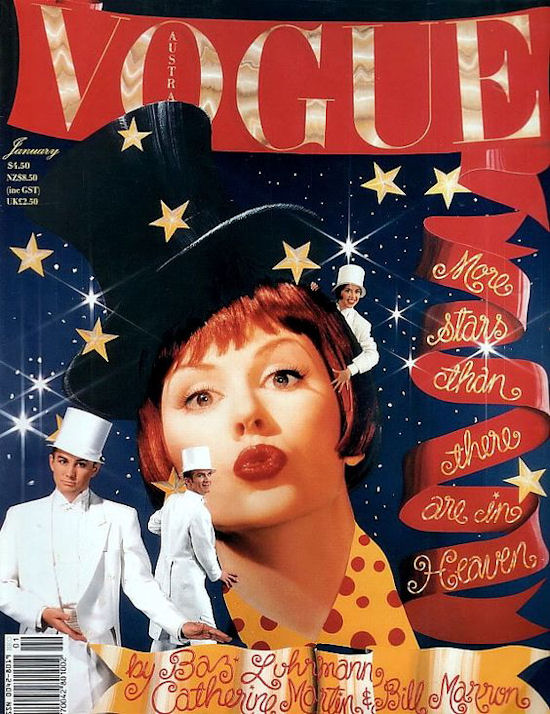 Strictly Ballroom was featured in a series of programs in Britian devoted media studies, perhaps the reason this copy of the screenplay originated in the Chipping Norton School Library. 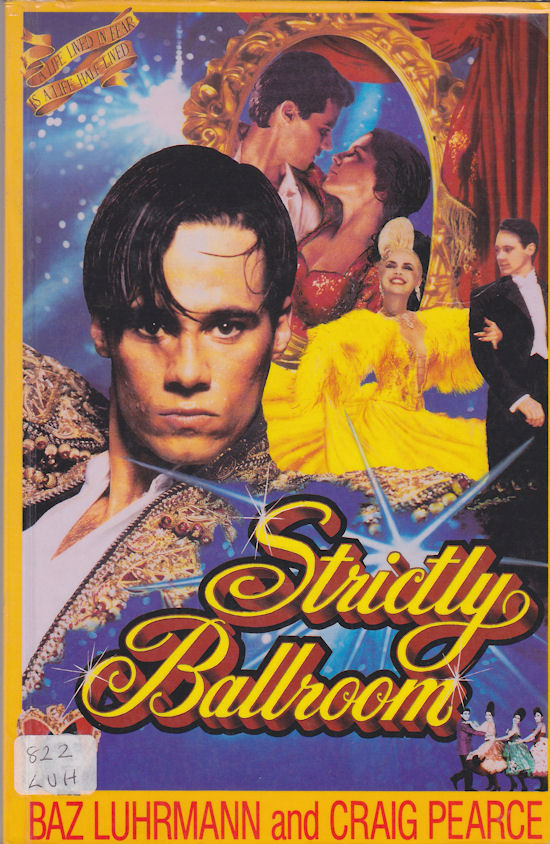 Following the global success of Crocodile Dundee, which brought the outback to the city, this film brought a different aspect of Down Under to the global stage. “With flashes of light from a sequined jacket, Strictly Ballroom lightly illuminates a world that embraces young and old, male and female, migrant and home grown, powerful and powerless, beautiful and plain” (Luhrmann & Pearce xiv). While an outsider film done by unknowns, it bucked the norm by being stubbornly upbeat, crossing over between the art film and popular film audiences.