In early talkie days, many vaudevillians stepped off stage to immortalize their acts on film.  Journey back in time as Jay C. Flippen, Dora Maughan, Dick Rich, Jack White and the Montrealers, Billie “Swede” Hall and Jason Robards, Sr. each have their one reel of immortality.  Archive prints from UCLA.

The theater has always been a vibrant part of what makes New York New York.  Mad Men‘s Don and Betty Draper meet his clients for dinner and a Broadway show, one of the pleasures of big city life.  The films we will see tonight, are a generation older, and provide the elements which are the antecedents of today’s musical comedy theater.

The short comedy, musical and drama films we are showcasing tonight were all filmed in Brooklyn between 1927 and 1929.  They were made at a time when the major studios hoped that the talkies were just a passing fad, much as I hope the same for 3-D! They wooed opera, vaudeville and legitimate theater performers to commit their acts to film.  The shorts were often used to replace live performers, and those who participated in the early days may have found themselves blackliusted from the live stage because of it.  Talkies would eventually put this style of theater completely out of business, and Vitaphone shorts literally became the place where Vaudeville went to die.  Many of the people in these short films were obscure at the time, and they are doubly obscure now.

In Vitaphone shorts, the sound was not directly on the film, but on large discs that were synchronized with the film by means of a belt stretching between projector and turntable. Over time, many discs became separated from the film reels, and it has been the mission of the Vitaphone project, UCLA and the Library of Congress, among others, to reunite the elements as they are found

You will see an amazing social history of late 1920s America, the clothes, the jokes, the music and dance, and the drama are all part of an era from almost a century ago.  There may be a few familiar names, like Jay C. Flippen, who became a character actor, often in Westerns and on tv, born in 1899, his theatrical experience went as far back as the minstrel show.  Jason Robards, Sr. plays the lead in an adaptation of a play by Susan Glaspell, who was considered a equally as promising as her colleague Eugene O’Neill at the Provincetown Players in the teens.  This play was first staged in 1916, and editing it to one reel may substantially reduce its impact from the stage, but still manages to make quite an interesting feminist point. 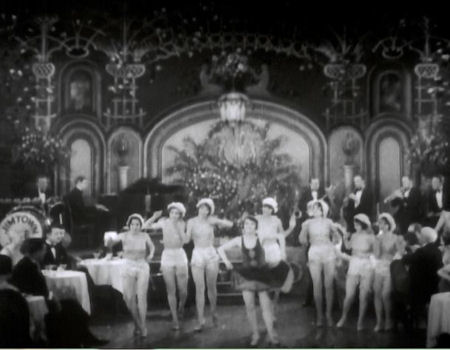 Jay C. Flippen :The Ham What Am, a drawling stand-up comedian supplements his jokes with the songs, Sweeping the Cobwebs off the Moon and Magnolia. 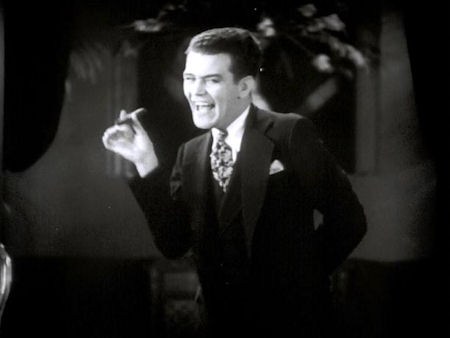 Dick Rich: “Synco Symphonists” is a Paul Whitman-esque band leader (Paul Whitman was rather mistakenly called The King of Jazz) who conducts Chloe, Silhouette danced by the Dean Twins and (“oh, my blood pressure”) The St. Louis Blues. 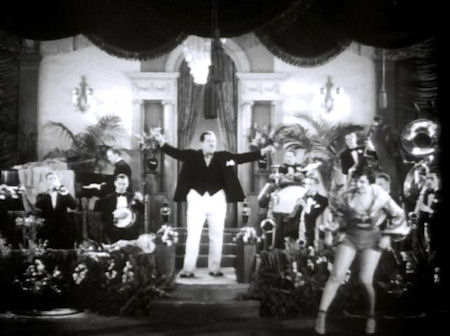 Billy “Swede” Hall & Co: plus Hilda there were many drag comedians playing Swedish maids in the early part of the 20th century, even Wallace Beery played one. Somebody tell me why. The appeal of this short is partly the uncontrollable laughing of the straight lady. She found Billy hilarious and there was apparently no money for a Take 2. 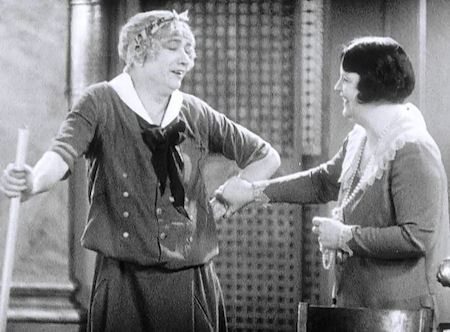 Dora Maughan w/ Walter Felhl: Song Impressions Ms. Maughn archly gossips about a friend who’s been “married, divorced and married,” Walter Fehl sings Without You and they duet on a comic version of It All Depends on You. 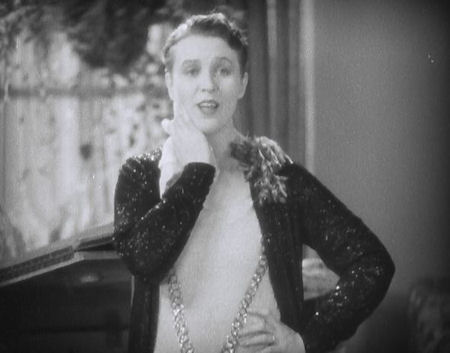 Trifles: Stage actor Jason Robards (not yet senior) in the one act drama written by Susan Glaspel, a theater colleague of Eugene O’Neill.  With Sarah Padden, Blanche Friderici, Frank Campeau. In the early talkie days it was thought that theater actors would become screen stars. But, it was rarely the case. 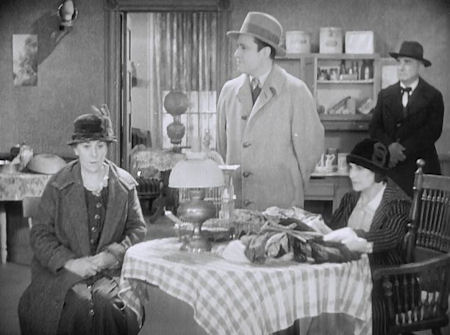 Jack White and the Montrealers Jack White, no relation to one of the White Stripes, with Billy and Mary Lee and Ruth Petty.  Jack White is a hyperactive band leader who introduces Crazy for You and Mean to Me.  He does a humorous call and response with his band evoking minstrel show origins, although with white musicians  He is really desperate for attention, so we will give him some, and say farewell. 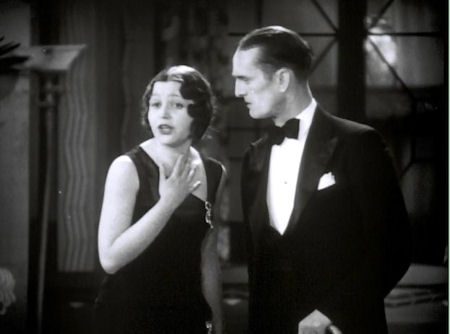 Because of the official Vitaphone Varieties touring program, I was forced to sacrifice some favorites.  These include one of the funniest comic shorts, Born and Lawrence, the Country Gentlemen, and novelty acts like Frank Whitman: That Surprising Fiddler who did various tricks with his violin and Carlene Diamond, Harpist Supreme, who straps on a little Irish harp and dances around.  But, the official program also included some absolutely dreadful bores, as well as some politically incorrect entries.  The Vitaphone Varieties DVD has nine hours of these shorts on it, which I got out of the Duke Library and watched over three days…which was exhausting.  There were so many that I marked as possibilities on my list, but the last song was a “Mammy” song done in a fake Southern African American dialect which I find objectionable, if historically interesting.  So, instead of the official UCLA program, you have my selection of highlights. 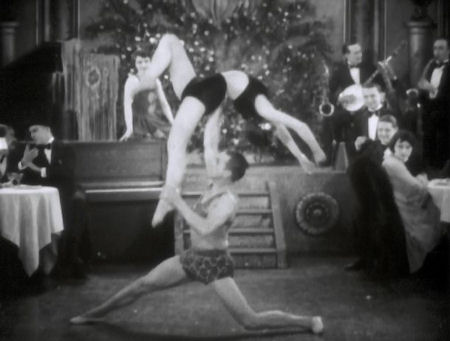 So, journey back to the earliest days of talking pictures, and a last glimpse at the last gasps of vaudeville. The Vitaphone Varieties.