“She’s a red-haired vamp, a little vixen and the spirit of the jazz age, all in one.” Vivacious Clara Bow was 24 and already had made close to 50 films when Dorothy Arzner directed her in The Wild Party. In January 1929, the month she started filming her first talkie, she was the #1 star in America and received 45,000 fan letters; Colleen Moore was a distant second. A year later, Bow was washed up, from a combination of second-rate films, extreme mike fright and fallout from a series of scandals. MGM waited 2 years to put their top star, Greta Garbo, in a talkie. Paramount waited two weeks before Clara Bow went before the microphone.

The Wild Party is about a flirty co-ed attending a college where no one ever studies, and her romantic conquest of a stuffy anthropology professor, played by Frederic March. It capitalized not only on the 1920s craze for college films, but echoed Bow’s greatest success, It in its theme of female friendship and Bow’s sparing a friend’s reputation by taking the blame for a transgression herself. (One of the other girls, Faith Morgan, is played by Marceline Day, Buster Keaton’s leading lady in The Cameraman. Her death in February, 2000, breaks yet another link to the silent era.) The story may have fit her “like a wet bathing suit,” but Bow said she felt “constant fear” throughout filming; sound recording paralyzed her. According to legend, Arzner improvised by attaching the stationary microphone to a fishing pole to follow Bow around the set, giving her more freedom than had been possible, but often the mike had to be hidden, or her eyes would unconsciously drift towards it. 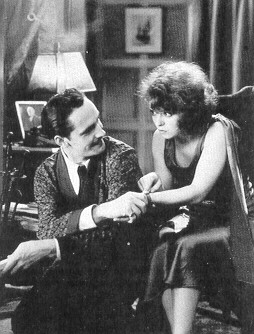 Her Brooklyn accent was considered a liability in the days when “Kansas City British” was the ideal, but as the New York Times noted, “Miss Bow’s voice is better than the narrative. It is not overmelodious in delivery, but it suits her personality.” Bow didn’t feel that way. “The sound of herself on screen was everything she had expected and worse, and although Dorothy Arzner reassured her, Clara was inconsolable. ‘How can I be in pictures with a voice like that?’ she wailed. Then she burst into tears.” A performance like Ruth Chatterton’s in Madame X was considered to be the epitome of talkie art at the time. Ironically, the glacial pace and ghastly artifice of Madame X is greatly inferior by modern standards to the inept enthusiasm of The Wild Party. 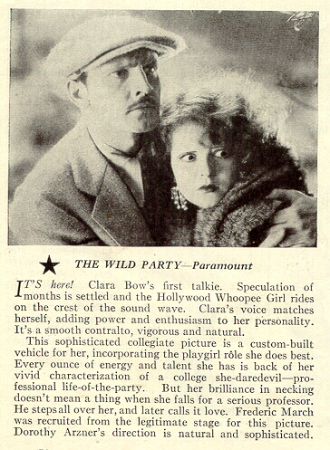 As you can see, not all her reviews were bad.

Bow’s childhood had been impoverished and sordid. She entered a Motion Picture magazine “Fame and Fortune Contest” and visited the office to hand deliver her 2 for $1 photos to a contest manager who wrote “Called in person–very pretty” on them. Waiting at the end of the semi-finalists audition line wearing the slum version of Cinderella’s rags, she learned from her rivals’ mistakes. Her private miseries allowed easy access to her volatile emotions and on camera she was a wonder. Sixteen year old Clara Bow won the “Fame and Fortune Contest” and went to Hollywood. After she became a huge star with her performances in The Plastic Age, Mantrap and It, the studio ruthlessly began to exploit her fame, as did her wastrel family and a conniving staff. Her salary was the lowest of any major star and bonuses were put in a trust fund contingent on her adhering to the morals clause in her contract. Paramount began to crank out formula films while charging her for incidentals, like 25 cents for each photo of herself she used. Richard Griffith called her “the most uneducated aspirant to stardom ever to make the grade, Marilyn Monroe not excepted.” She had no interest in being a phony and had few friends in status-conscious 1920s Hollywood. 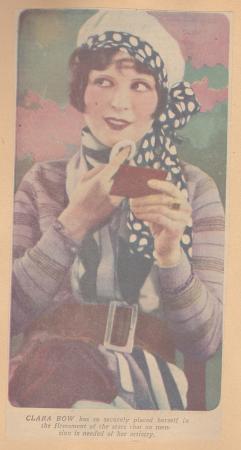 Here is a fan magazine photo from a 1928 Chicago Tribune scrapbook. The caption reads: “Clara Bow has so securely placed herself in the firmament of the stars that no mention is needed of her artistry.” 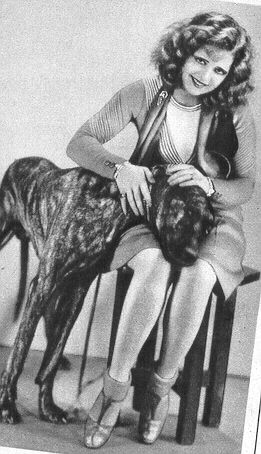 The air is full of rumors about the marriage plans of Clara Bow and Harry Richman. Some say the romance is over; others say it’s not, but the fondness with which Clara regards the Great Dane that Harry gave her seems to indicate that her heart is still in the right place.

When Turner Classic Movies showed The Wild Party as part of their Women Film Pioneers Series, Robert Osborne asked Duke University’s Jane Gaines, “Why Dorothy Arzner (as director)?” and she replied “Why not?” which is Talmudic, but unenlightening. Arzner, a darling of 70s era feminists hungry for a role model in the “classical Hollywood cinema” era embraced her, but she is a director without either a commercial hit or, arguably, an artistic masterpiece. She was a skilled editor, having cut both The Covered Wagon and Valentino’s Blood and Sand; she then directed four silent films, including Bow in 1927’s Get Your Man with Charles “Buddy” Rogers. Arzner admired Bow: “She was just automatically a natural. A marvelous actress, full of animation and projection of her thoughts and emotionsshe understood the emotional content of every scene. Whichever way she did it was so right, so alive. It was like a dancing flame on the screen.” But, Clara’s favorite directors were Victor Fleming and Clarence Badger, and one would think Paramount would have assigned her one of those proven hit-makers. That Arzner directed The Wild Party may be another indication that the studio felt Bow’s sound career was doomed. 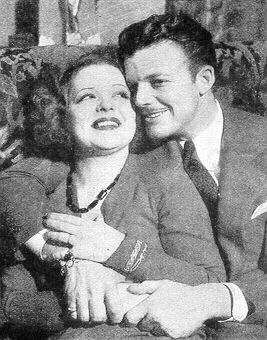 Clara Bow, wife, and Rex Bell, happy husband, who are now planning an elaborate honeymoon to the South Seas until Clara’s picture plans get straightened out. Clara was never more charming than in “Hula” in the old days; perhaps she’ll find the makings of a great play where the grass have it.

Clara Bow was a frisky embodiment of twenties hedonism. Her slight stammer, Brooklyn accent and nerves, coupled with her studio’s cavalier attitude towards her fame would soon take its toll. Her friend and secretary, Daisy DeVoe was suspected of embezzling from her, and when taken to court in 1931 retaliated by revealing Bow’s enjoyment of gambling, sex and booze. A moral backlash and her growing mental illness swamped her shaky foray into the talkies and her career evaporated. She married cowboy actor Rex Bell and retired from the screen. Many years later, when her favorite actress, Marilyn Monroe, committed suicide, Bow explained, “A sex symbol is a heavy load to carry when one is tired, hurt and bewildered.” 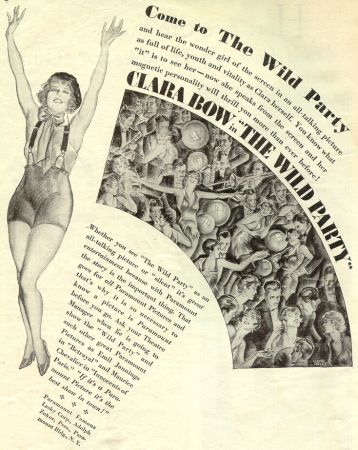 David Stenn’s book Clara Bow: Runnin’ Wild (the source of the quotes used here) is vivid without being sensational, and Stenn is spending his own money to restore some of Clara Bow’s films.

(TheWild Party photo from an October, 1963 Films in Review career article by Rudy Behlmer, Frederic March from Hilda Price’s 1931 movie star scrapbook, Clara and dog from February, 1930 Screen Secrets, Clara and Rex Bell from March, 1932 Silver Screen, (the “old days” date back about 3 years), Wild Party ad from the May, 1929 Photoplay magazine, and review from the June, 1929 issue.