A Free Soul was written by Adela Rogers St. Johns as a memoir of her father, San Francisco attorney Earl Rogers. He was a lush, but a brilliant pioneer of showboating legal defense tactics. In A Free Soul, Jan Ashe, having been raised by her non-conformist father, is terribly annoyed by her snobby relations. She takes a dare, going out with Ace Wilfong, a gambler with a name seemingly dreamed up by W.C. Fields. Ace is played by Clark Gable in his breakout role with a brutal sensuality that Jan finds intoxicating. “You’re the first really exciting man I’ve ever met,” she says breathlessly as Ace’s windshield is shattered by the gunfire of rival mobsters. Her father, who has successfully defended Ace against a murder charge, becomes unglued when he thinks of them in bed together. She tries to reform her father, but he drinks himself into the gutter. “Drinking is just a disease with him,” she says, making excuses for the umpteenth time. Jan’s romantic dilemma becomes secondary as her reputation becomes courtroom fodder, allowing Lionel Barrymore a scenery-chewing turn that resulted in his winning a Best Actor Oscar. It’s a relief to know that Jan will always have the memory of the hot sex with Clark Gable to tide her over all the years of marriage with decorous Leslie Howard. 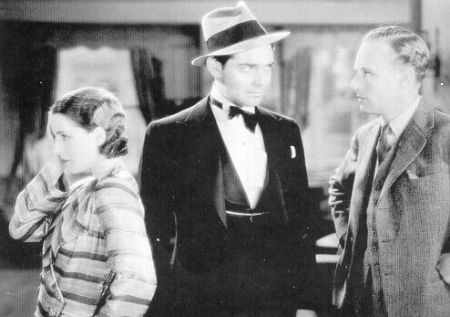 “His beauty was thrilling” Shearer said of Gable in A Free Soul. “He was beautiful from his head to his feet. He was rhythmic, unconsciously alive with powerful grace. Like a jungle animal.” During her marriage to the frail Irving Thalberg, Shearer channeled her powerful sexuality into her screen portrayals. Mick LaSalle, in his book Complicated Women, adores Shearer unreservedly and proposes that her adventurous on-screen sexuality was unique. Even in modern films, he says, the Double Standard still exists, where an interest in sex (not love) brands a woman a crackpot, and probably a dangerous one. James Wolcott isn’t buying, though. In a hilarious article on Pre-Code films in the April 2001 Vanity Fair, he says tartly, “Sympathetic as I am to underdogs, lost causes and rainy walks on the beach, I regret to report that Shearer diehards are worshiping the wrong goddess. After watching a succession of Shearer’s available Pre-Code films, I’m afraid she’s every bit the sugary dewdrop her detractors claim, a cameo brooch of an actress who’s never going to seem contemporary despite the earnest efforts of her advocates to play up her racier films and rebrand her as a pioneer of do-me feminism.” I find myself between these two camps. Shearer never rids herself of a taint of the grande dame manner, but her plunge into a rogue sexuality is fascinating. 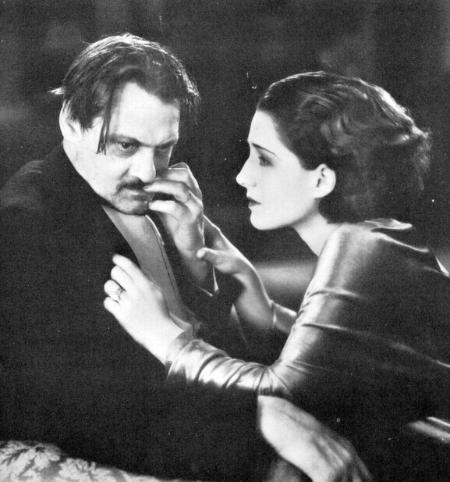 It was a mark of prestige that an actress could require “Gowns by Adrian” in her contract. As head designer, Gilbert Adrian chose the films on which he wished to work, reporting only to studio heads Louis B. Mayer and Irving Thalberg. “When Adrian made a sketch, no producer or director dared to change it” according to John B. Scura, who toiled in the MGM wardrobe dept for 41 years. Shearer would get two versions of a gown, from which she could choose, a major concession, I’m sure. Hedda Hopper wrote, “Because his clothes are worn by the biggest stars in the biggest pictures he has had more influence on women’s clothes than any man in history.” (Laura Jacobs) And, for anyone who loves old movies, his clothes are still the objects of panting desire. 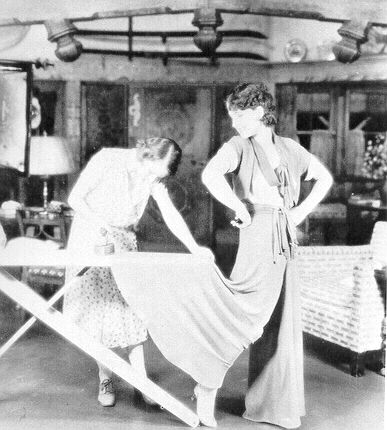 Adrian excelled at clinging, bias-cut dresses, worn without undergarments, of course. His exqusite gowns for wisecracking Jean Harlow are most famous, but he did them for Shearer, too. He called them, “Norma’s nightgowns.” In A Free Soul, she daringly wears a thin slip-like dress to a snooty dinner party, but luckily is perfectly attired to be ravished by Clark Gable in his hideaway later in the evening. The intricately cut silk charmeuse glistens entrancingly as each section of the dress reflects light differently. Shearer said, “The dress has to fit you mentally as well as physically. You must imbue the clothes with your own personality.” Photoplay said “Her clothes are breathtaking in their daring, but you couldn’t get away with them in your drawing room.” Hedda Hopper wrote of it two decades later, “It was a form-fitting dress of white satin without a stitch on underneathit out-Harlowed anything Jean ever put on her back.”

“Clark Gable, filmdom’s newest meteor, plays the gangster who almost ruins the heroine’s life in “A Free Soul,” Norma Shearer’s newest screen success. This is based on Adela Rogers St. Johns’ novel.” And, in the capsule review: “Although Norma Shearer is by no means a new actress, she continues on the up-grade. Class A.”

Molly Haskell wrote recently in the New York Times, “With all the freedoms at our disposal, with all the privileges both sexual and professional claimed by women, there’s something in the swagger of those Pre-Code divas that can thrill shock, appall and delight and make us wonder what we have lost in the last seven decades.” 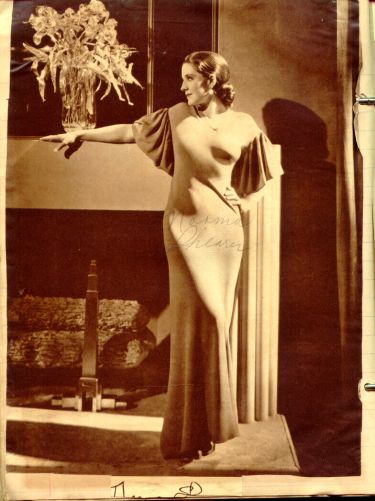 From Hilda Price’s 1932 movie star scrapbook. Norma’s name is penciled across her hips.