A fetching expert in the badger game sets her sights on a courtly Southern chump. Norma Shearer’s last silent film is drenched in MGM gloss, as she flounces, flutters and bites her trembling lip in a series of dazzling Adrian ensembles.

So many movies, dutifully listed in filmographies, ticked off in career reviews, listed by plot summary and cast, dimly remembered, infrequently revived. Sneaked into the TCM schedule, this gorgeous print, freshly scored by Christopher Caliendo and his Chamber Jazz Ensemble, is the best the most glittering Hollywood studio had to offer the boss’s wife. A Lady of Chance may be a modest jewel but is a jewel nonetheless.

Norma Shearer was an ambitious actress who learned to compensate for her less than perfect appearance and worked hard at her craft. She set her cap for Irving Thalberg, MGM’s powerful head of production and in 1928 married him, then worked equally hard at being the perfect wife. Thalberg had been carrying a torch for the flighty Constance Talmadge, while being pursued by his former Universal Studio boss’s daughter, Rosabelle Laemmele. But Norma understood the competing forces in Thalberg’s life, his domineering mother (she had one, too, but not as bad) his bad heart, his workaholism. Her marriage with one of Hollywood’s most powerful figures, her career and maintaining her beauty were vital forces in her life. As Gavin Lambert says in his excellent biography, “For a star, image superceded identity.” 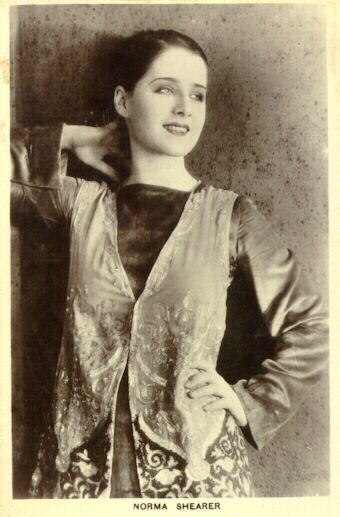 Early in her silent film career

Louise Brooks, ever the font of sly stories, told of a dinner party she gave before the Thalberg’s marriage. “All the place cards at dinner were books. In front of Thalberg’s place I put Dreiser’s Genius. In front of Norma’s place I put Serena Blandish or the Difficulty of Getting Married–she’d been trying and trying and Irving’s mother wanted him to marry a nice Jewish girl. It was so funny, because Irving walked right in and saw Genius and sat down. But Norma kept on walking around. She wouldn’t sit down in front of The Difficulty of Getting Married. Not at all!”

Norma had some success in silent films especially in He Who Gets Slapped, with Lon Chaney (directed by Victor Seastrom) and in Ernst Lubitsch’s The Student Prince. But, she had not yet solidified her star image. A Lady of Chance, her 34th film, seems a trifle, but she gives her all in this frothy comedy. Notably, for her last silent film, all the gestures and expressions soon to be familiar in her iconic MGM films are very much in place, and you can practically hear her trilling laugh. Her first two talkies were based on famous stage plays, and after a brief heyday as a boldly erotic Pre-Code iconoclast, she would continue her career in the thirties as a cinematic version of a theatrical grande dame. Her Oscar winning role was in The Divorcee, but her most startling performance is in A Free Soul, where, barely dressed in a thin, bias cut evening gown, she lusts openly after brutal Clark Gable. 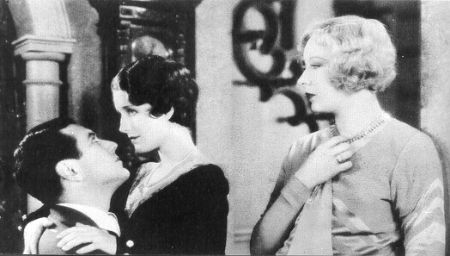 A Lady of Chance showcases a quartet of enjoyable performers. Johnny Mack Brown, a former University of Alabama football player and Rose Bowl hero, waved the football offers away and signed a Hollywood contract in 1927. He’d fascinated both Joan Crawford and Anita Page in Our Dancing Daughters earlier in 1928. He’s effective here as a naive inventor of a radical new cement formula, whose big talk misleads the gold-digging “Angel Face.” He’s funny and touching as a 20s go-getter a bit out of his romantic league. Unfortunately, he was excruciatingly bad when he had to speak dialogue. Mary Pickford’s Coquette is dreadful enough with her coy performance and terrible accent, but Brown, even though his accent is real, is far worse. In The Secret Six, you can practically see his “A” picture career eroding before your eyes as he’s upstaged by new kid Clark Gable. His forte would turn out to be riding the range as a top moneymaking horse opera star until 1953. 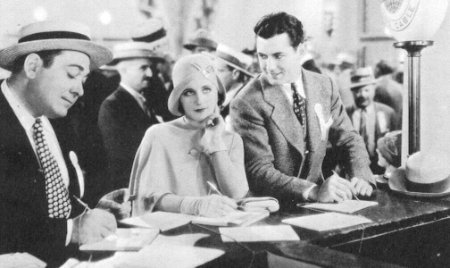 Brown was sending a wire to his mother, but is distracted by “Angel Face.”

Lowell Sherman and Gwen Lee play the reluctant Shearer’s partners in crime. Sherman often portrayed slimy villainswas it not he who tricked Lillian Gish into a false marriage to seduce her in Way Down East? (his film debut). Here he plays his deviousness for comedy. Lee’s calculating bombshell is quite funny, you can almost hear her wisecracking in a voice like Glenda Farrell’s. Lee played hard-boiled dames in dozens of MGM films of the late 20 and early 30s. The comic ensemble contributes greatly to the pleasures of A Lady of Chance.

“Gwen Lee in a patterened pajama ensemble. Here you see the combination of a pastel blue jumper and finger-tip length coat piped in the printed material of the wide bottomed pajamas. This costume fits any occasion for casual comfort.” 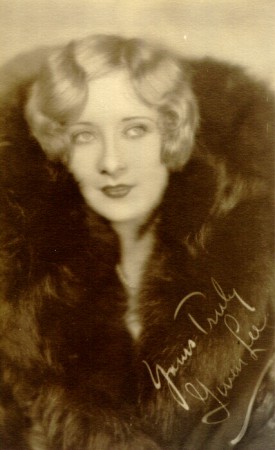 The MGM library was not licensed to any tv station that I watched when I was growing up and learning to love the movies. I’d never even seen Norma Shearer until I got TCM, since her films (until recently) were rarely programmed in repertory. Even though the station may expend a great deal of energy extolling the virtues of actors like Glenn Ford or Ann Southern as Stars of the Month, we all owe TCM a debt of gratitude. A vigilant eye to the schedule can turn up such rarely seen treasures. The print is exquisite and Caliendo’s score while not in period is entirely appropriate; swingy and fun. There’s nothing like the satisfaction of a well-crafted genre film like A Lady of Chance. 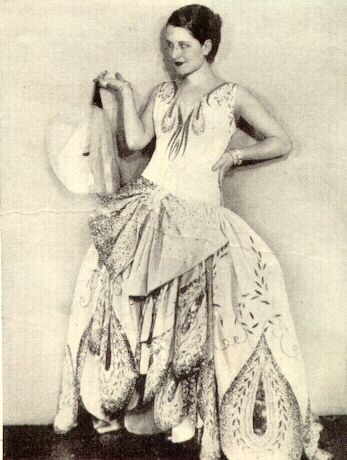 “We just had to add this stunning and unusual gown, which Norma will wear in her forthcoming picture, ‘The Last of Mrs. Cheyney.’ Adrian chose for it a flesh-pink moire. Silver sequins outline the neck and elaborate the petal-like scallops on the bouffant skirt. The huge moire bow is besprinkled with sequins. A smaller bow finishes the neckline in back, the ends forming long streamers which hang to the floor. The fan is shell pink, and the slippers add the final fairy-like touch.”

“Adrian designed this decorative but practical golfing costume in champagne color. The jaunty suede jacket is made with patch pockets and is loosely belted; the raglan sleeves are finished with straps. A short flannel shirt, brimmed felt hat and scarf bordered and figured in scarlet complete the picture.”

(Production still from Jack Jacobs career article on Norma Shearer from the August-September 1960 Films in Review. Postcard portrait of Norma, and glamour photo of Lee from Moviediva’s collection. Norma models Adrian in the May, 1929 Photoplay magazine. Gwen Lee in pajamas from the September 1930 The New Movie Magazine. Sources include Gavin Lambert’s superb biography, quite shockingly paraphrased extensively in Annette Tapert’s The Power of Glamour.)