Frank Capra had cut his movie teeth as a gag man and director with Hal Roach and Mack Sennett, but the uncertainties of the talkies found him trying different genres. His first, third and fourth sound films (Submarine, The Donovan Affair, Flight) were adventure tales starring the uninspiring Jack Holt. His second talkie (as well as his last silent) had scripts by the novelist Sonya Levien (Salome of the Tenements). The Younger Generation, a part-talkie, dealt with the Jewish immigrant experience and even starred that Jewish heartthrob, Jake Krantz, even though he was billed (as always) with the name Ricardo Cortez. 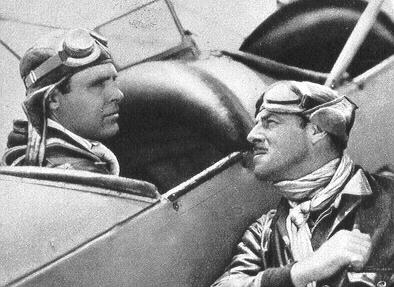 But, with his fifth sound film, a door opened. Columbia Pictures mogul Harry Cohn allowed the young director complete creative control, and Capra thrived under his harsh regime. He assigned Capra to adapt a 1924 play, Ladies of the Evening, by Milton Herbert Gropper. Ralph Graves, a bland leading man of the silent and early sound period, and a friend from Capra’s Sennett days, would play painter Jerry Strong. But Cohn wanted a New York stage actress who had already flopped in three pictures to play the heroine, Kay Arnold. Stanwyck had come to Hollywood with her husband, vaudeville star Frank Fay, to break into movies. Whatever magic he had on stage did not transfer to celluloid. He went from one wretched picture to another, and he drank more and more. He did not want his wife to be more successful than he, and their marriage would not last long. Their unhappy relationship is one of the several real-life inspirations of A Star is Born. But, it was Fay who insisted that Capra look at a test his wife had made for Warner Brothers, convincing the reluctant director she was perfect for Kay. 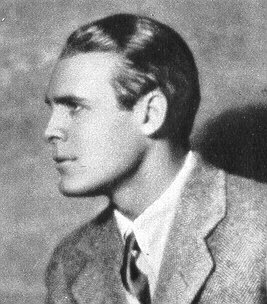 Capra had never worked with sophisticated dialogueat the dawn of talking pictures, who had? The script for Ladies of Leisure was courtesy of Jo Swerling, one of the hoards of newspapermen who went Hollywood after The Jazz Singer hit. Swerling threw out many (but unfortunately not all) of the sentimental “weeper” elements and added jazzy lingo and a hard-boiled attitude. Elizabeth Kendall points out that the heroine is a new kind of Cinderella. “Kay is no slum flower: she’s an opportunist. Living off men is her job. Swerling’s script has given her a cynicism that is surprisingly gritty even to us today.”

His new leading lady inspired Capra, too. She’d come up the hard way, like him, a Brooklyn girl who’d been hoofing in the chorus line since she was 15. Stanwyck’s raw emotions were electric, and Capra swiftly learned that she was best on the first take. He photographed her with multiple set-ups after only a quick run-through to preserve her intensity. Edward Bernds, who was the sound mixer on Ladies of Leisure said “My God, we were all on our toes to get it the first time. That first take with Stanwyck was sacred.”

All starlets have to put in their cheesecake time: “Barbara Stanwyck wears a charming supper frock of dusty apricot thread lace with a double fichu just above the belt, clasped with rhinestones. She wears crepe opera pumps of a lighter shade in compliment, together with two diamond bracelets.”

Stanwyck said, “He loved actors. That’s another great secret of his. Some directors don’t like actors, you know, they really don’t, and you can almost smell it. But, he did. And he liked women–not in a lecherous way, he just liked women, period, which a lot of directors do not. He did. He didn’t demean them in any way. If you were a hooker, you were a hooker, but you’d better be a good one. That’s how you made your living ” As Kendall says, Kay is “like us, the newly impoverished audience–not too proud to work at a low job, but meant for finer things.” And, where 20s heroines were happy to marry for money Capra’s new 30s heroine demanded personhood with her happy ending.

But, the romantic yearning was all Capra’s. The night in Jerry’s studio, alive with suppressed desire, the rain dappling the windows, foreshadows a more well-known one in It Happened One Night. Did Capra start an affair with the unhappily married Stanwyck during the making of this film? Reports differ. But, it doesn’t matter. As with von Sternberg and Dietrich, the heat is up there on the screen, and what happened in real life can’t possibly matter any more. 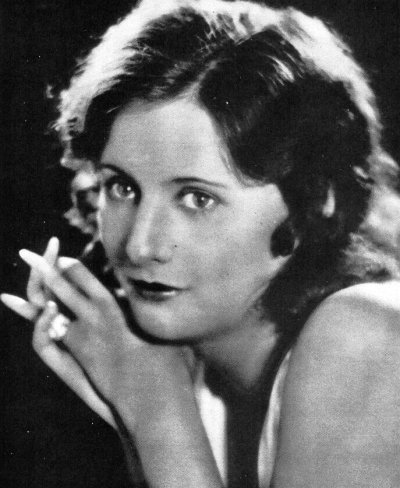 Probably the most highly praised young actress of the last few months–Barbara Stanwyck, who shot to emotional stardom on the strength of her unforgettably beautiful and moving performance in “Ladies of Leisure.” This office is bombarded with letters praising her beauty and acting power. We all expect big things of you, Barbara!

(Two Graves photos from February, 1930 Screen Secrets. The article is about how the actor was also a writer and director. Stanwyck modelling photo from October, 1931 The New Movie Magazine. Portrait from the September, 1930 Photoplay, as reproduced in The Talkies edited by Richard Griffith. Sources include Joseph McBride’s Frank Capra, The Catastrophe of Success, Stanwyck by Axel Marsden, Pre-Code Hollywood by Thomas Doughtery and The Runaway Bride by Elizabeth Kendall).